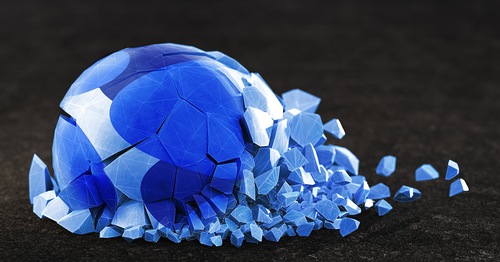 UST’s collapse will accelerate regulatory actions toward stablecoins demanded by Jeremy Allaire, co-founder, chairman and CEO of Circle, which pioneered USD Coin, and others in the cryptocurrency community.

Of all the cryptocurrencies, stablecoins are meant to be the most stable, as their value is pegged to real-world assets such as physical currencies or other liquid assets. But the collapse of the stablecoin TerraUSD (UST), when it lost parity with the greenback, simultaneously gutted the value of its sibling cryptocurrency, LUNA.

On May 11, UST’s value dropped by more than 70% to $0.2998, leading some online crypto commentators to draw comparisons with the dot.com bust of the early 2000s. During the previous month, UST was the third-largest stablecoin by market capitalization. At press time, UST’s price was hovering around $0.09.

The architects of UST and LUNA designed the currencies so that holders could swap a unit of one for the other. Industry watchers noted that when UST holders dumped a vast amount of UST, it threw off the balance of the stablecoin’s price-parity mechanism.

“The algorithm did not balance the risk which occurred when on-chain selling lowered the value of UST, and its value further depreciated when off-chain selling began,” stablecoin competitor X8 AG commented on its website.

Even the largest competing stablecoins by market capitalization, Tether and USD Coin, wobbled as their values dipped below the $1 peg on some crypto exchanges following UST’s implosion.

Unlike other stablecoins, UST uses an algorithm to maintain the token’s parity with the dollar by introducing a new supply of UST. In contrast, Tether and USD Coin are collateralized stablecoins backed by liquid assets such as cash, bonds or commercial paper.

Some in the stablecoin community were quick to distance themselves from UST, attributing its fall from grace to its underlying algorithm, which didn’t balance the risk that occurred when on-chain selling lowered UST’s value.

UST’s collapse will accelerate regulatory actions toward stablecoins demanded by Jeremy Allaire, co-founder, chairman and CEO of Circle, which pioneered USD Coin, and others in the cryptocurrency community.

“Stablecoins that are not regulated will come under pressure,” agrees Gregor Koželj, founder and CEO of X8 AG. “The biggest pressure will go to stablecoins not backed 100% by fiat deposits or low-risk assets.”