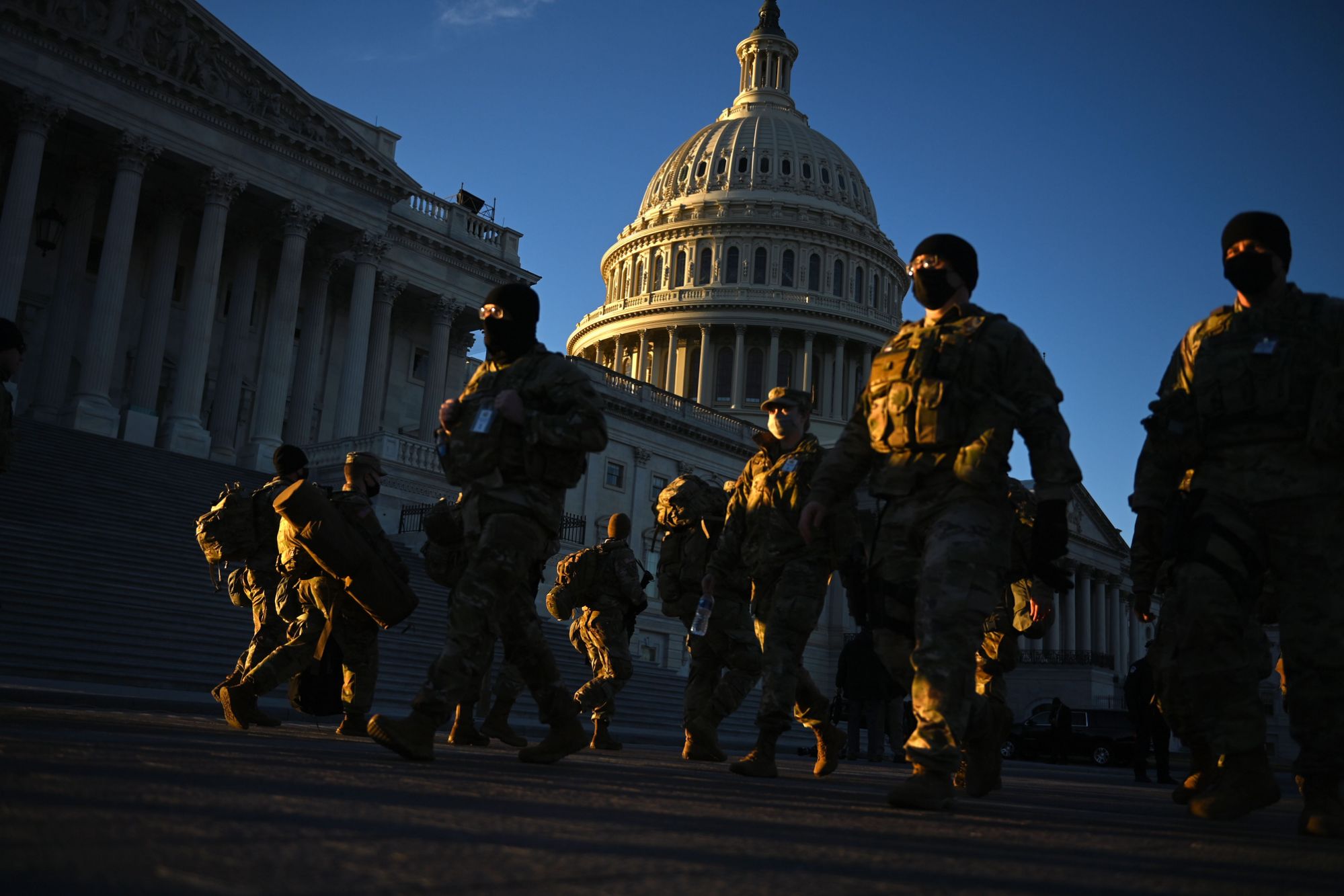 Stock futures rose Wednesday morning, extending advances as investors looked ahead to the first actions of the incoming Biden administration.

Contracts on the Dow added about 40 points, or 0.1%, ahead of the opening bell. Shares of Netflix (NFLX) spiked 13% in pre-market trading after the company added more users than expected in the fourth quarter and surpassed 200 million paid subscribers for the first time ever.

On Wednesday, all eyes will turn to the inauguration of President-elect Joe Biden, which will take place at the West Front of the Capitol around noon in a scaled-down, socially distant event.

In his first hours in office, Biden is set to immediately begin signing executive actions to address the pandemic, virus-stricken economy, climate change and racial equity, according to a memo over the weekend from incoming White House Chief of Staff Ron Klain.

Moreover, Biden is set to quickly begin pushing to get more virus relief aid into the economy, after having unveiled a $1.9 trillion proposal last week that would include increased stimulus checks, extended unemployment benefits and aid to state and local governments, among other measures.

Janet Yellen, Biden’s nominee for Treasury Secretary, advocated for significant additional coronavirus relief spending during her confirmation hearing before the Senate Finance Committee on Tuesday, and added that she would work with the Biden administration on its other priorities as well, including increasing infrastructure investment, enacting environmental protection legislation and eventual tax reforms.

Still, her discussions of the $1.9 trillion stimulus package received some push-back from Republican lawmakers, many of whom balked at passing another major package that they suggested might not be targeted enough to provide support only to those who need it most.

The virus’s human and economic toll became still-more evident this week, as the U.S. passed the grim milestone of 400,000 total coronavirus-related deaths for the first time as of Tuesday. Deaths and hospitalizations have spiked in the last week, as the post-holiday spike emerged in full force.

But even given the virus’s current spread, traders have fixed their gaze firmly toward the future, awaiting the acceleration of the coronavirus vaccine roll-out and the economic reopening expected to take place in its wake.

“Markets are forward-looking, so it’s not exactly about the immediate coronavirus increase in case, hospitalizations. It’s more about what the economy is going to look like later this year,” Ryan Payne, Payne Capital Management president, told Yahoo Finance on Tuesday. “And I think when you start looking at [the fact that] you have a new president, you have a Democratic majority in both the House and the Senate, the one thing I think we can bet on here is we’re going to see a lot of spending everything from this $1.9 trillion bill they’re trying to pass, on top of the $3 trillion we already passed last year plus the $900 billion we already passed in December, and we could see some infrastructure deal down the line which will be another multi-billion dollar bill.”

Morgan Stanley (MS) became the latest big bank to report a surge in trading revenue at the end of 2020, helping catapult the full-year results for Wall Street’s biggest equity trading shop to record levels. Shares rose about 2% in pre-market trading.

Equity trading revenue grew 30% over last year to $2.5 billion, while fixed-income trading increased 31% to nearly $1.7 billion. Investment banking was also a strong area, with revenues in this business growing 46% to $2.3 billion, driven largely from a spike in revenue from underwriting IPOs and advising mergers and acquisitions.

Overall, fourth-quarter net revenues grew 25% to an estimates-topping $13.6 billion, while net income grew by more than 50%. For the full year, net revenues were a record $48.2 billion, rising more than 16% from the $41.4 billion the bank reported year ago.