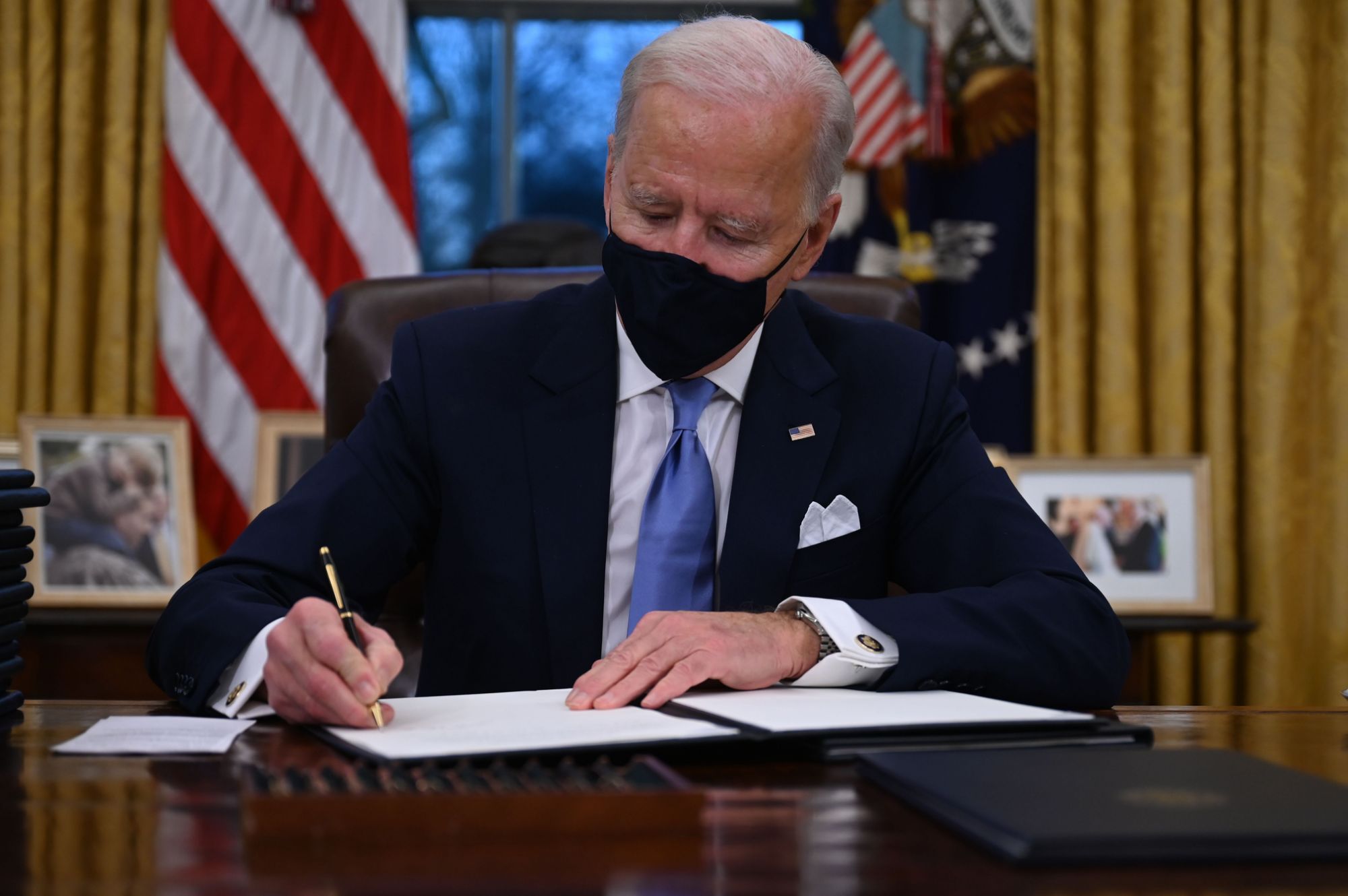 Each of the S&P 500, Dow and Nasdaq ended the regular session at record closing highs, as traders looked ahead to the additional fiscal stimulus and other government spending likely to occur under President Joe Biden’s administration. Biden began his term on Wednesday by signing a number of executive orders to address the COVID-19 pandemic, enable environmental protection initiatives and roll back many of the Trump administration’s immigration policies, among other measures. He is also poised to sign additional executive orders on Thursday.

The S&P 500 posted its best Inauguration Day return since Ronald Reagan’s second inauguration in 1985, according to an analysis by LPL Financial. And the index’s move from Election Day to Inauguration Day was its best ever, with the S&P 500 climbing more than 14% between Nov. 3 and Wednesday’s close.

“I’ve actually been very surprised by how the market has really brushed aside all the political issues that we’ve had in the first three weeks of the year. I would have assumed coming into the year that had the Democrats swept the Senate, the House and won the presidency that the markets would have sold off on the back of a potential increase in the corporate tax rate in the future,” John Petrides, portfolio manager at Tocqueville Asset Management, told Yahoo Finance. “Clearly I think investors are focused on the short term and Biden’s go-big policy on fiscal stimulus, which is clearly much needed as the COVID cases continue to rip through the U.S.”

Other strategists agreed that the prospects for additional stimulus have been a key driver of the pre-Inauguration spike. RBC Capital Markets on Wednesday introduced a price target of 4,100 on the S&P 500 for 2021, implying additional upside of about 6.4% from Wednesday’s close, to become the latest Wall Street firm to forecast another annual rise in the stock market this year.

Others noted that key personnel within the Biden Cabinet, including his nominee for Treasury Secretary Janet Yellen, are likely to help advance additional support out of Washington. The vote for Yellen’s confirmation is set to be taken up for a Senate floor vote as soon as Thursday, after her hearing before the Senate Finance Committee took place on Tuesday.

“We’re going to see not just bandaid stimulus which we’ve seen in the past, but real job creation stimulus,” Peter Tchir, head of macro strategy at Academy Securities, told Yahoo Finance. “And I don’t think we can underestimate the impact of Yellen. The market really started rallying [Tuesday] when Yellen was speaking … I think she’s going to be very aggressive in her policies, she’s going to figure out more ways to work with the Fed, so I think there’s a lot of optimism on what she could do as well as part of this administration, assuming the confirmation goes fine.”

Housing starts and building permits each accelerated in December, as demand for new homes outpaced supply and drove a surge in residential construction.

Housing starts jumped 5.8% in December over November to a seasonally adjusted annual rate of 1.669 million, the Commerce Department said Thursday. This marked the highest level since 2006, and handily topped estimates for a rise of less than 1% to a 1.56 million rate, according to Bloomberg data. In November, housing starts had increased 3.1% month-over-month.

Continuing claims, a measure of the total number of individuals still receiving regular state unemployment benefits, improved more than expected last week and have remained on a mostly steady downtrend since peaking at nearly 25 million in May. These totaled 5.054 million during the week ended January 9, beating estimates for 5.300 million expected and falling from a revised 5.181 million from the prior week.

Here’s where markets were trading as of 7:18 a.m. ET Thursday:

Bitcoin double-spend spotted in the wild