Tesla Stock Drops After Elon Musk Offers to Buy Twitter. This Is Why. 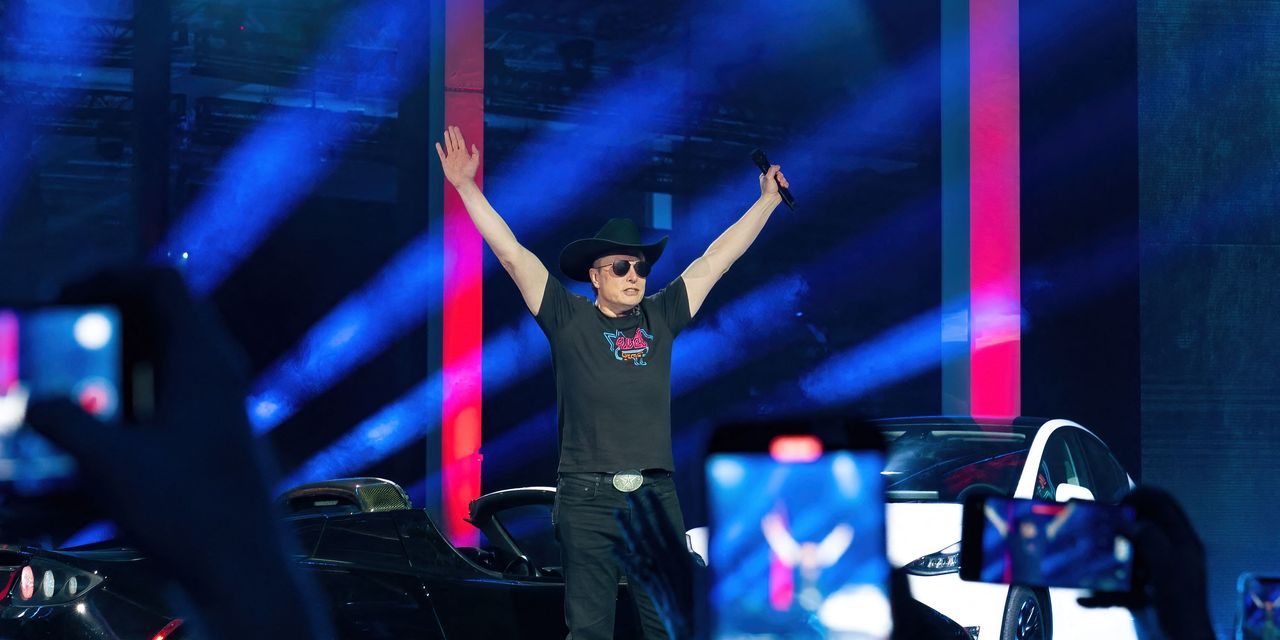 on Thursday, sending shares of the car maker lower.

Investors might be worried about distraction for Musk as Tesla ramps up production at new plants, but there are other potential concerns as well.

Twitter (ticker: TWTR) stock is up just 3% in early trading, at about $47.27, far from Musk’s $54.20 offering price—a number that hints a Musk’s fondness for marijuana memes. Tesla (TSLA) stock was down more than 3%.

The move in Twitter stock adds about $1 billion in market value. The move in Tesla stock, which is roughly 25 times more valuable, takes away about $37 billion in value. Combined, the companies are worth less after the bid.

The initial move in Twitter means that investors think it is likely that Twitter’s board will reject Musk’s bid. Musk, for his part, said this was his best offer in his communications with Twitter leadership.

Still, Twitter investors are probably happy with Musk. Twitter stock has risen about 20% since Musk disclosed his stake in the social-media platform. Tesla investors have little to celebrate. The stock is down about 8%, while the


Nasdaq Composite
are off about 2% and 5%, respectively.

Tesla stock is typically more volatile than the market. That is one reason shares are down more. But Tesla investors might also be a little concerned about what Twitter means for Musk.

There is the possibility of distraction. Twitter might steal Musk’s focus away from Tesla during a time when EV sales are ramping up across the globe. Tesla is expected to see rapidly rising sales—and competition—in coming years.

The distraction might also be making investors consider who could run Tesla other than Musk. Roth Capital analyst Craig Irwin told Barron’s that Tesla is Musk and Musk is Tesla. He doesn’t believe there is another executive at the company that can drive Tesla forward like Musk can.

The other reason Tesla stock might be down is that Musk might have to pay for Twitter with Tesla stock. Don’t forget that Tesla stock dropped a quick 16% in the two days following a Twitter poll Musk ran asking if he should sell 10% of his Tesla stake to pay taxes on unrealized capital gains.

Selling large blocks of stock can result in outsize price moves in any share. It isn’t easy to place a lot of stock. At the offer price of $54.20, and accounting for what Musk already owns, buying Twitter would take roughly 39 million shares of Tesla. That is a lot of stock.

Of course, perhaps Musk could buy Twitter without selling shares. He could borrow against his Twitter stake, with the loan secured with his Tesla position. That isn’t an unconventional idea.

It would avoid outright selling of Tesla shares. Musk “can line up a private equity backer or lenders who can provide leverage,” says

Tesla stock might also be down, because the idea that richest man in the world buying one of the largest social media platforms on the planet is hard for investors to fathom.

“Wild man!!” is what one Wall Street analyst said when asked for his thoughts on the bid. The Musk-Twitter situation is Wall Street drama at its finest.