The Stock Market Just Had Its Best Week Since 2020. Enjoy It While It Lasts. 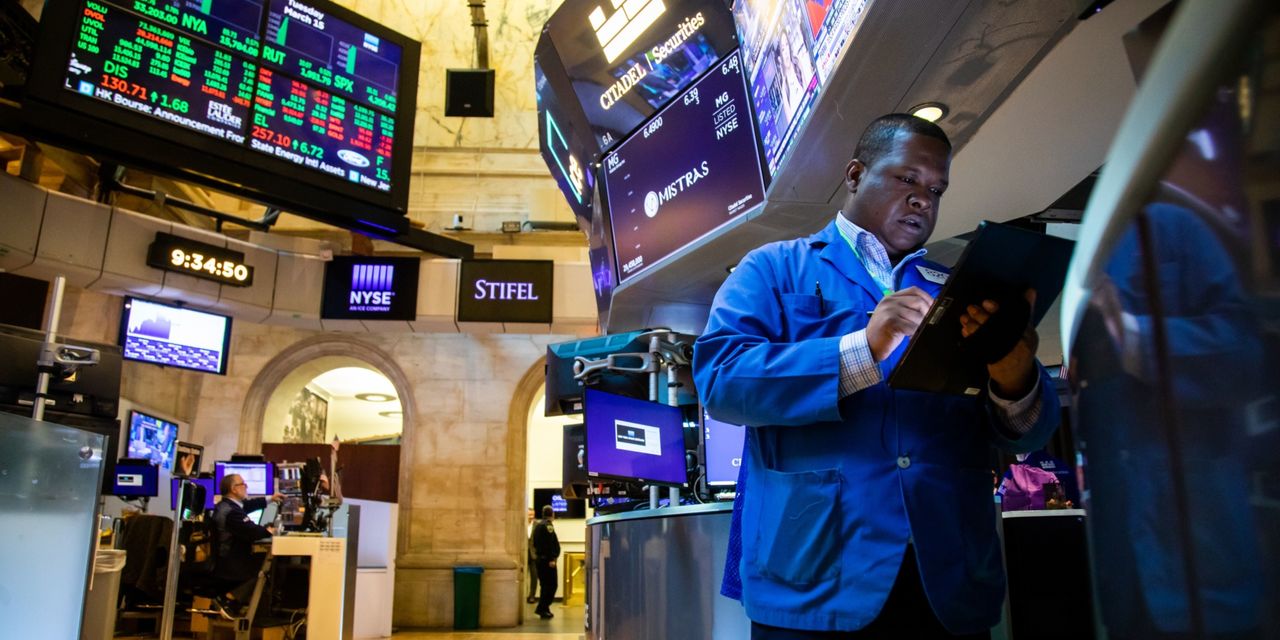 
Drop a ball off a balcony, and it will bounce. Drop the market off an all-time high and it eventually will, too. That doesn’t make it a buying opportunity.

We’ve been waiting a while for a week like this. The


Nasdaq Composite
jumped 8.2%. It was the largest weekly gain for all three indexes since November 2020.

These days, bad situations not getting worse count as good news. The Federal Reserve raised interest rates by a quarter of a percentage point, but at least it wasn’t a half-point hike, and the Fed didn’t start winding down its balance sheet, either. Russia’s invasion of Ukraine slogged on, but the fact that the two adversaries were talking seemed to lift investor spirits. Even China recognized that the panic in Chinese stocks was getting out of hand.

With that, what had been bad became good—and the worse it was, the better.


ARK Innovation
exchange-traded fund (ARKK) jumped 18% after dropping 44% to start off the year, as


Energy Select Sector SPDR
(XLE), the only sector ETF to have a positive gain in 2022, dropped 3.9% and was the only one to finish the week lower.

If you’re a trader, you have to love the setup. Just 6% of semiconductor stocks are trading above their 200-day moving average, a sign they’re about as “oversold as they come,” writes John Kolovos, chief technical strategist at Macro Risk Advisors, who likes the charts on

History suggests a short-term bounce is in the offing. On Monday evening, just after the S&P 500 had dropped 0.7%, Stifel strategist Barry Bannister told investors to expect a “relief rally” by April 30, but one that would weaken again starting in May. He cited the fact that November through April is usually stronger than the prior May through October. That hasn’t been the case so far, which makes the market “ripe for a rally,” Bannister says.

Similarly, the folks at Bespoke Investment Group note that when the Nasdaq gains 2.5% for two days in a row, it’s gone on to gain a median 3.4% over the next month, more than three times the median 1% rise over all periods going back to 1996. Unfortunately, those gains peter out over three months, suggesting that investors need to be more cautious than traders. “[More] often than not, these kinds of rallies have occurred during bear markets,” Bespoke notes.

Is this a bear market? Not yet. The S&P 500 is in a correction, defined as a drop of more than 10% but less than the 20% that defines a bear, and is down just 6.4% in 2022 after this week’s rally. BofA Securities Chief Investment Strategist Michael Hartnett calls this “the bear market ceasefire rally.” The bank’s financial stress indicator has had the fourth-largest spike of the past 20 years, but unlike prior episodes, the Fed has little leeway to act, given that inflation is just too hot, and rates are still far too low.

Can the Fed prop up the market? “Not this time,” Hartnett writes.

We’ll find that out soon enough.

Write to Ben Levisohn at Ben.Levisohn@barrons.com

The metaverse will change the paradigm of content creation