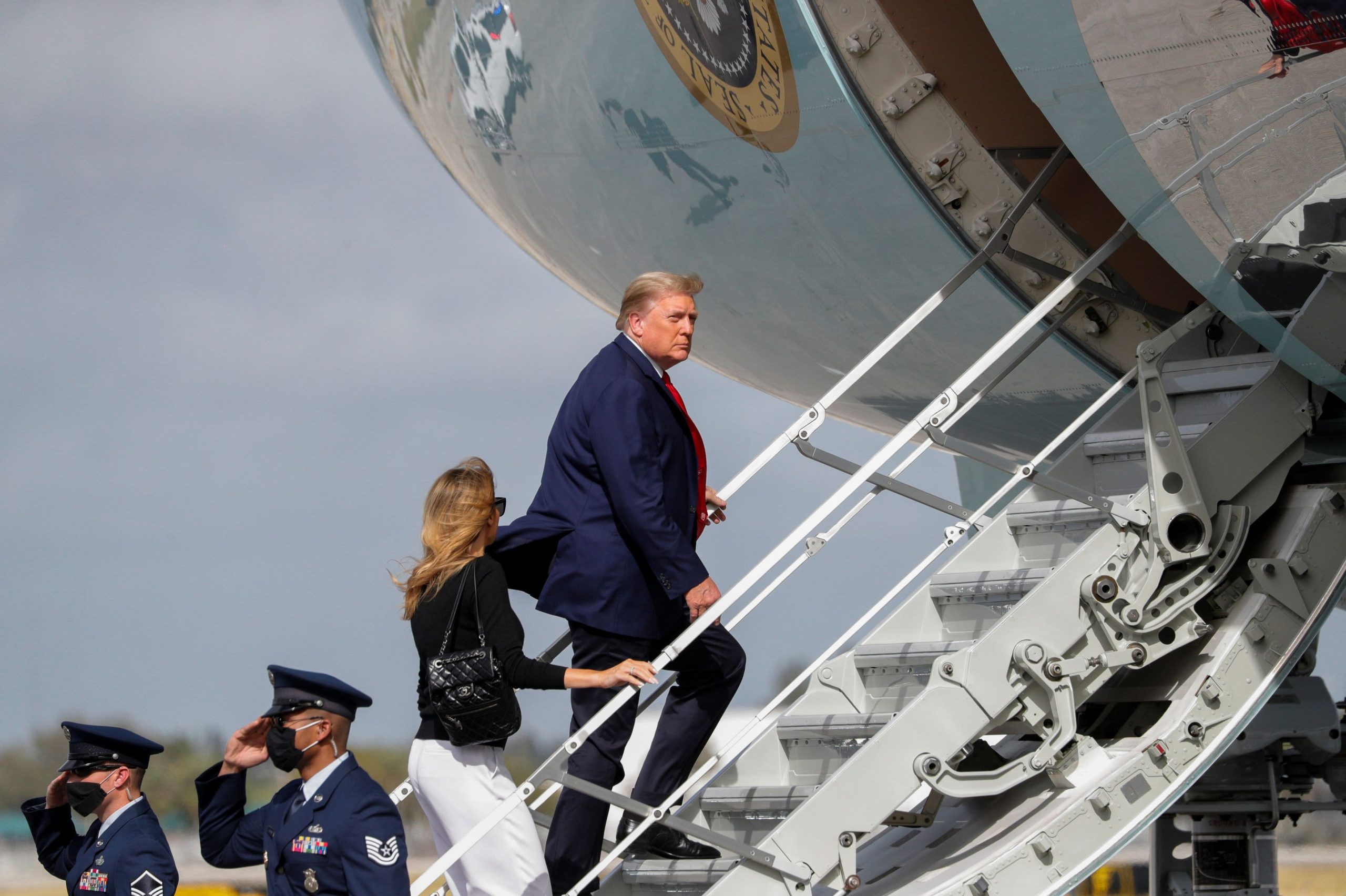 President Donald Trump and first lady Melania Trump will return to the White House on Thursday, cutting short their lengthy holiday break in Palm Beach and skipping a New Year’s Eve blowout at his Mar-a-Lago resort.

The scheduling notice came days before Congress was set to finalize President-elect Joe Biden’s victory, a virtually inevitable outcome but one that several Republicans are nonetheless planning to delay by launching objections.

The president and the first lady are set to leave Florida for Washington at 11 a.m. ET, the White House said Wednesday night.

The departure was unexpected: News outlets reported that guests attending Mar-a-Lago’s annual New Year’s Eve gala had been told Trump would appear at the event. CNN, citing a member of the resort, reported Tuesday that at least 500 reservations to the party had been confirmed.

Since arriving in Palm Beach on Dec. 23, Trump has made comments largely focused on the election, which he refuses to concede to Biden despite repeatedly failing in court to have Electoral College votes for the Democrat flipped or invalidated.