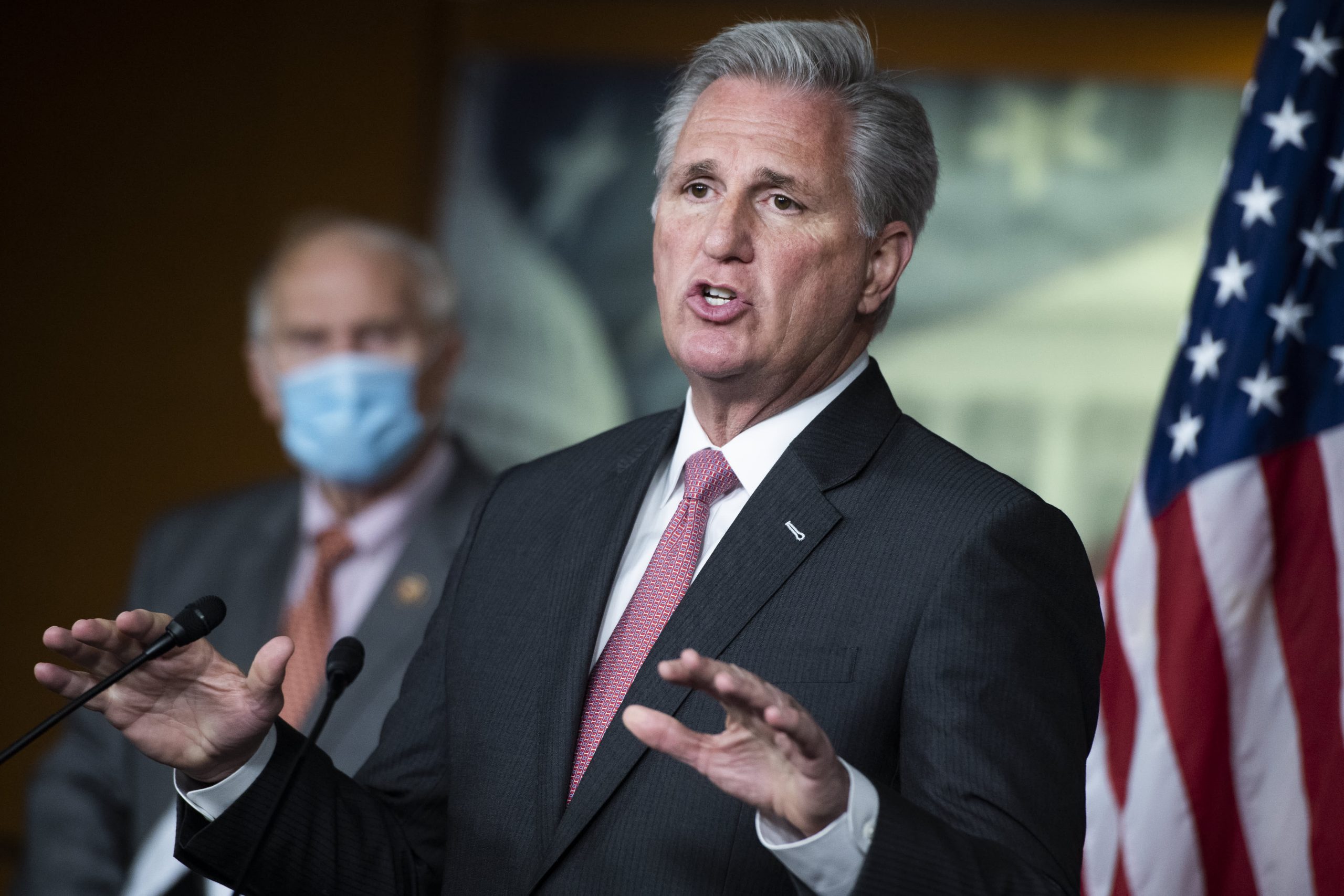 The leader of the Republican caucus in the House of Representatives told colleagues Monday that President Donald Trump bears some responsibility for the riot at the Capitol last week, two sources told NBC News.

Minority Leader Kevin McCarthy of California also did not rule out supporting a motion to censure Trump for his actions, according to the report.

Before his conference call Monday with House Republicans, McCarthy had not said that Trump was in any way to blame for the riot, which left five people dead, including a Capitol police officer killed by the mob of the president’s supporters.

His reported comments come as Democrats, who have a majority of House members, have moved toward impeaching Trump for inciting the riot. Vice President Mike Pence has so far resisted invoking the Constitution’s 25th Amendment and remove Trump from office.

Democrats say that Trump, and a number of his allies, are to blame for the invasion, which came after he asked supporters at a rally outside the White House to „fight“ with him to block the confirmation by Congress of Joe Biden’s election as president.

McCarthy still opposes impeaching Trump, saying in a letter to GOP House colleagues that it „would have the opposite effect of bringing our country together.“

But the letter, obtained by NBC News, lays out four potential actions to address the riot, none of which name Trump.

The four options detailed by McCarthy purportedly would ensure that what happened is „rightfully denounced and prevented from occurring in the future.“

They include: „A Resolution of Censure under the Rules of the House;“ „A Bipartisan Commission to Investigate the Circumstances Surrounding the Attack;“ „Reforming the Electoral Count Act of 1887;“ and „Legislation to Promote Voter Confidence in Future Federal Elections.“

The last item reflects the fact that many GOP voters, and Republican House members, believe that Trump was defrauded out of a win in the election by widespread ballot fraud.

However, no court has found that there was such fraud, despite scores of lawsuits filed by the Trump campaign and its surrogates since Election Day.

William Barr, before resigning as U.S. attorney general after the election, had said that there was no evidence of the kind of fraud alleged by Trump that would have invalidated Biden’s victory.