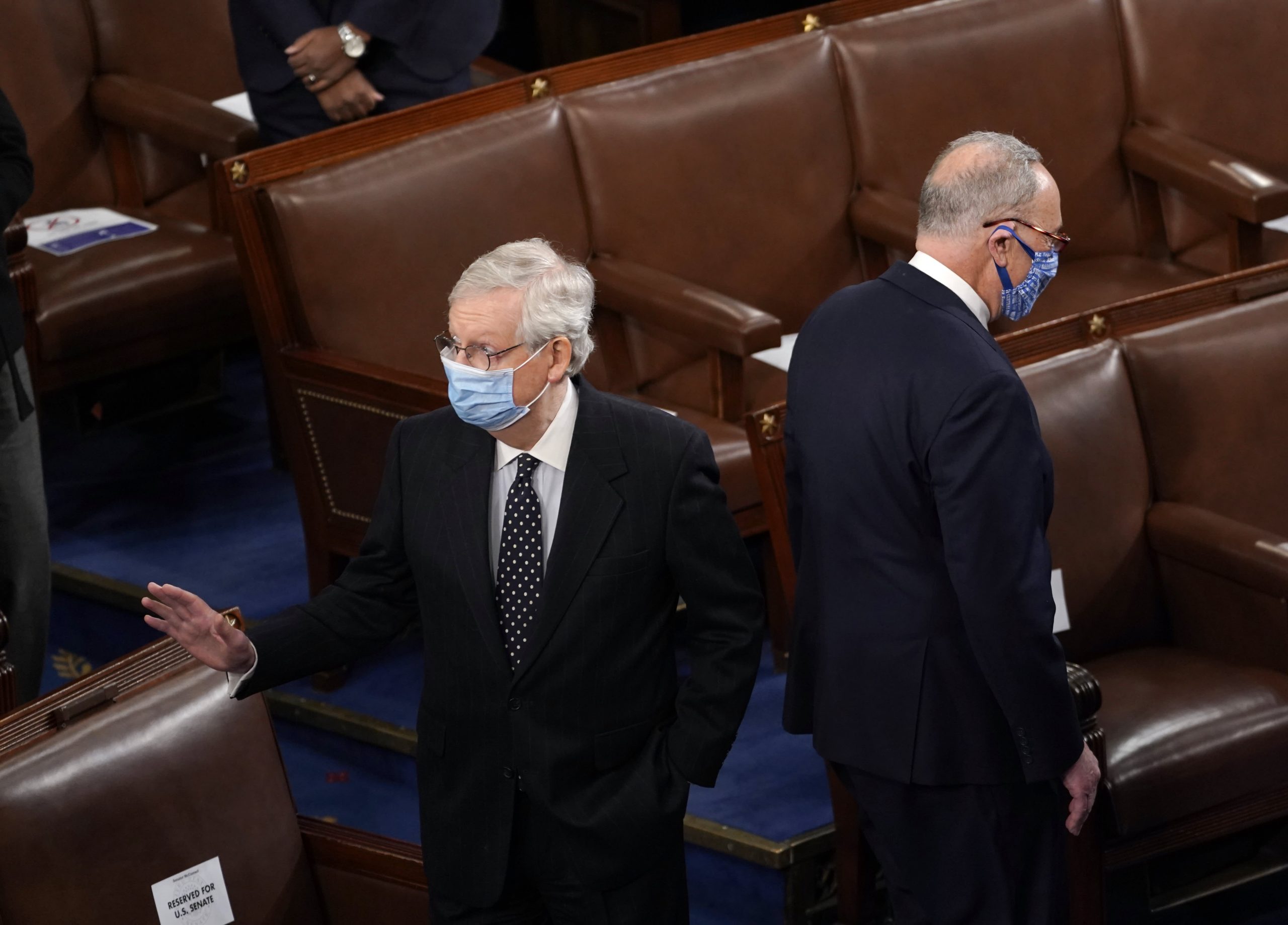 The fiery statement, which describes McConnell as a „dour, sullen, and unsmiling political hack,“ comes after the Senate GOP leader accused Trump of bearing responsibility for the deadly Capitol riot.

Trump, whose once-prolific online presence has been muzzled by multiple social media companies, claimed in a statement from his political action committee that McConnell’s „dedication to business as usual“ will lead to further Republican losses.

„He will never do what needs to be done, or what is right for our Country,“ Trump said of McConnell. „Where necessary and appropriate, I will back primary rivals who espouse Making America Great Again and our policy of America First.“

The statement, which came three days after Trump was acquitted in an unprecedented second impeachment trial, highlights a widening rift in the GOP over what role the former president ought to play in the party. Trump, who maintains high approval among Republicans, had previously signaled he would remain active in politics.

Seven Republican senators voted to convict Trump on one article of inciting the Jan. 6 invasion of the Capitol, making it the most bipartisan impeachment trial vote ever. But the votes for conviction fell below two-thirds of the chamber, resulting in acquittal.

While McConnell voted „not guilty“ in the impeachment trial, he has denounced Trump’s conduct leading up to the Capitol riot. Minutes after the trial concluded, McConnell said on the Senate floor that Trump „is practically and morally responsible for provoking“ the attack.

McConnell doubled down in an op-ed for The Wall Street Journal published Monday evening, slamming Trump’s „unconscionable“ behavior during and after the invasion while defending his vote for acquittal.

In his statement, Trump did not address the attack on the Capitol that led to his second impeachment.