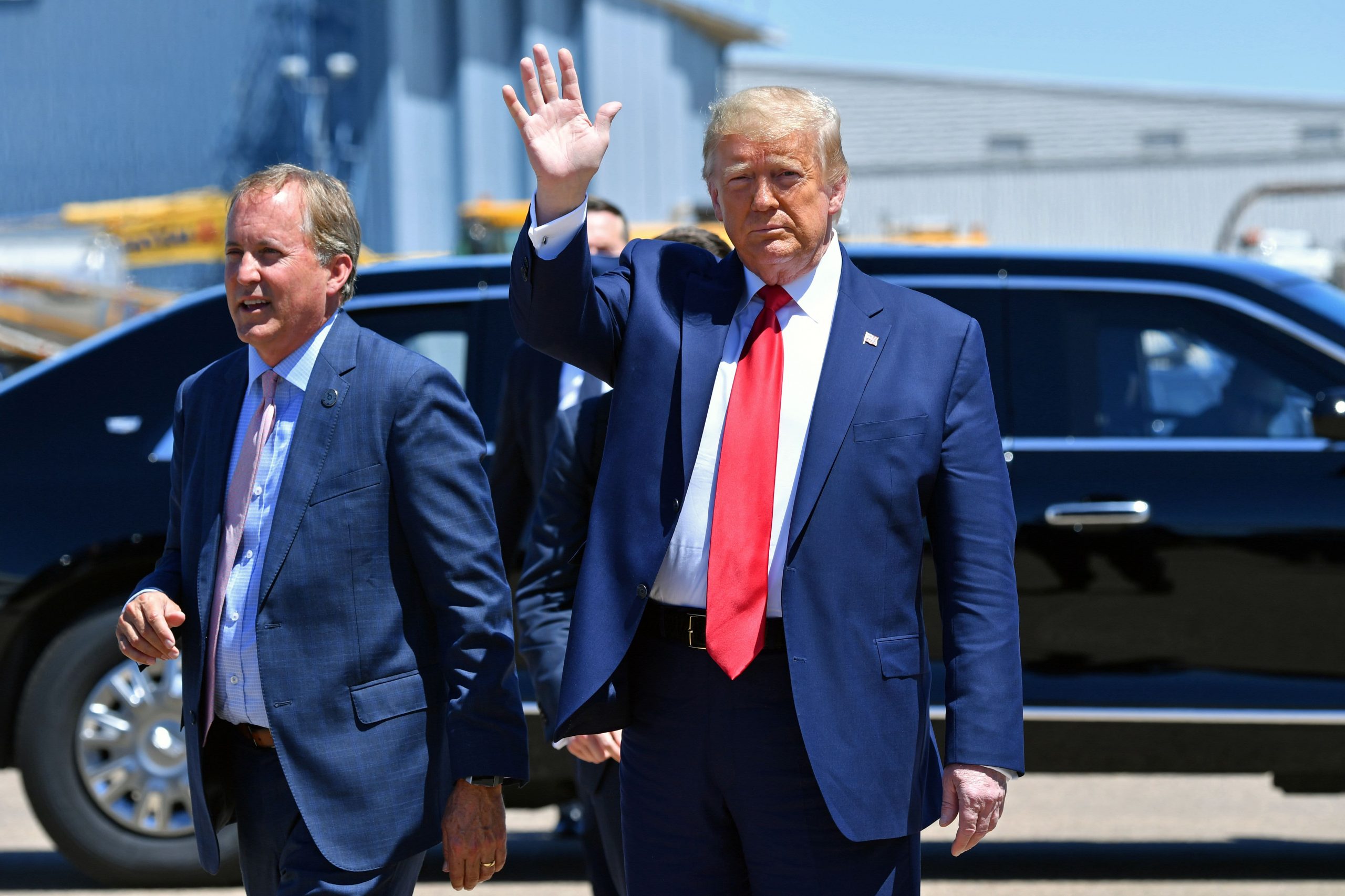 Trump earlier in the day vowed to join that case, adding that he or his campaign will also ask to join lawsuits in a number of other states as part of his attempt to reverse the Nov. 3 election results.

Legal experts say that — like other such cases lodged by the Trump campaign and its allies — Paxton’s effort targeting votes in Georgia, Michigan, Pennsylvania and Wisconsin has little if any chance of succeeding.

Trump, acting „in his personal capacity“ as a presidential candidate, seeks to intervene in order „to protect his unique and substantial personal interests as a candidate for re-election,“ according to the 39-page court filing.

Trump’s attorney, John Eastman, wrote bluntly in the motion that „President Trump seeks to have the votes cast in the Defendant States unlawfully for his opponent to be deemed invalid.“

Eastman last summer in a Newsweek op-ed suggested that Vice President-elect Kamala Harris was not eligible for that office, because neither of her parents were U.S. citizens when she was born in the United States in 1964. After a backlash to that column, Newsweek posted a lengthy editor’s note apologizing that the op-ed was „being used by some as a tool to perpetuate racism and xenophobia.“

„To many readers, the essay inevitably conveyed the ugly message that Senator Kamala Harris, a woman of color and the child of immigrants, was somehow not truly American,“ Newsweek wrote.

Outside of court, Trump and his allies have repeatedly spread an array of unproven conspiracies about voter and electoral fraud. But the president’s request to intervene in Paxton’s case, like many other lawsuits filed by the Trump campaign, does not allege actual fraud.

Rather, it suggests that the battleground states increased „the opportunity for fraud“ through improper election handling.

„The constitutional issue is not whether voters committed fraud but whether state officials violated the law by systematically loosening the measures for ballot integrity so that fraud becomes undetectable,“ Eastman wrote in the motion.

The Supreme Court has not said whether it will take Paxton’s case, which Michigan Attorney General Dana Nessel called a „publicity stunt.“

Can Inovio Survive a Last-Place Finish in the Race to a COVID 19 Vaccine?