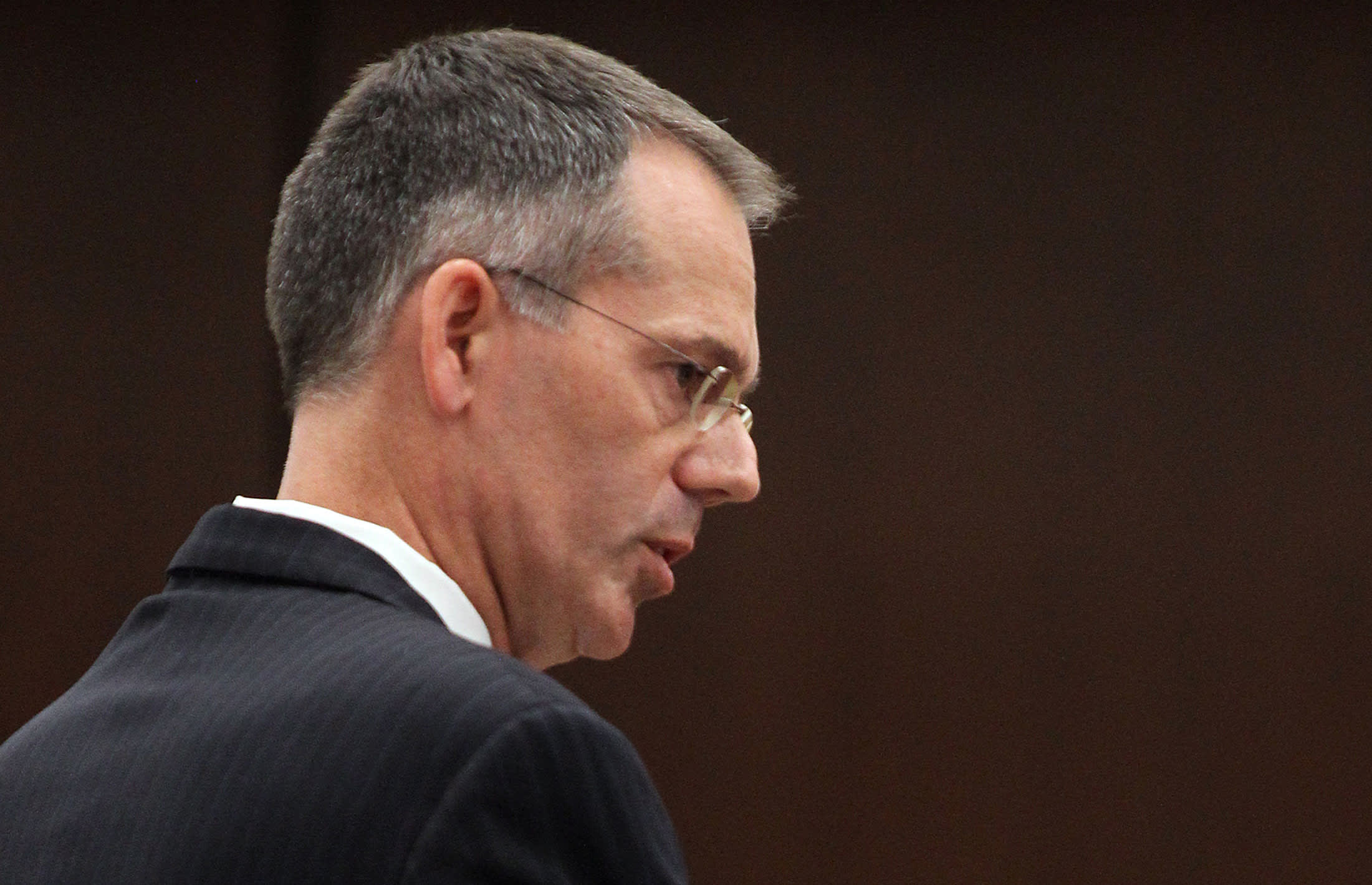 Former President Donald Trump hired South Carolina attorney Butch Bowers to defend him at his second impeachment trial, which the Senate’s top Republican on Thursday proposed should begin in mid-February.

Bowers‘ hire came hours after NBC News reported that Trump had not retained any lawyers, much less settled on a legal strategy for the trial.

Jason Miller, a Trump advisor, told NBC News that Bowers „is well respected by both Republicans and Democrats and will do an excellent job defending President Trump.“

Trump, who left office Wednesday, was impeached last week by the House of Representatives for inciting the deadly Jan. 6 riot at the U.S. Capitol, by, among other things, urging supporters at a rally to pressure Congress to overturn Joe Biden’s victory in the presidential election.

Sen. Lindsey Graham, R-S.C., a Trump loyalist, told fellow GOP senators during a caucus conference call Thursday that Bowers agreed to represent Trump in the case after he recommended the attorney.

Graham later told reporters that he thought Trump would have a „good“ legal team for the impeachment, which Bowers „will be sort of the anchor“ for.

„I’ve known Butch for a long time, solid guy,“ Graham said. „I think over time, they’ll put the team together.“

Trump’s decision to hire Bowers was first reported by the Washington newsletter Punchbowl.

The New York Times later Thursday noted that Trump’s other lawyers „had all bowed out“ of representing him in what will be his second impeachment trial.

Giuliani told ABC News on Sunday that he was a „witness,“ which precluded him from defending Trump in the Senate.

The former New York City mayor and ex-federal prosecutor had spoken at the Jan. 6 rally before Trump, where Giuliani told the president’s supporters that there should be „trial by combat“ in the effort to reverse Biden’s win

Bowers also served under President George W. Bush as special counsel for voting matters in the U.S. Department of Justice.

Bowers did not immediately respond to a request for comment.

Hours after the news about Bowers broke, Senate Minority Leader Mitch McConnell, R-Ky., said he has proposed to Democratic leadership a timeline for trial-related preparations and legal briefings that would end with Trump’s trial beginning sometime after Feb. 13.

There is no guarantee that Senate Democrats, led by Majority Leader Chuck Schumer of New York, will agree to McConnell’s timeline. It is possible that Democrats could try to force the trial to begin as early as next week.

„We received Leader McConnell’s proposal that only deals with pre-trial motions late this afternoon. We will review it and discuss it with him,“ said Schumer’s spokesperson Justin Goodman.

McConnell said the GOP caucus is „strongly united behind the principle that the institution of the Senate, the office of the presidency, and former President Trump himself all deserve a full and fair process that respects his rights and the serious factual, legal, and constitutional questions at stake.“

„Given the unprecedented speed of the House’s process, our proposed timeline for the initial phases includes a modest and reasonable amount of additional time for both sides to assemble their arguments before the Senate would begin to hear them,“ McConnell said.

He also said it is „absolutely imperative that we do not allow a half-baked process to short-circuit the due process that former President Trump deserves or damage the Senate or the presidency.“

McConnell on Tuesday had said on the Senate floor that Trump was to blame for inciting the assault on the Capitol.

„The mob was fed lies,“ McConnell said that day. „They were provoked by the president and other powerful people.“

But McConnell and other Republicans have refused to say how they will vote at the trial.