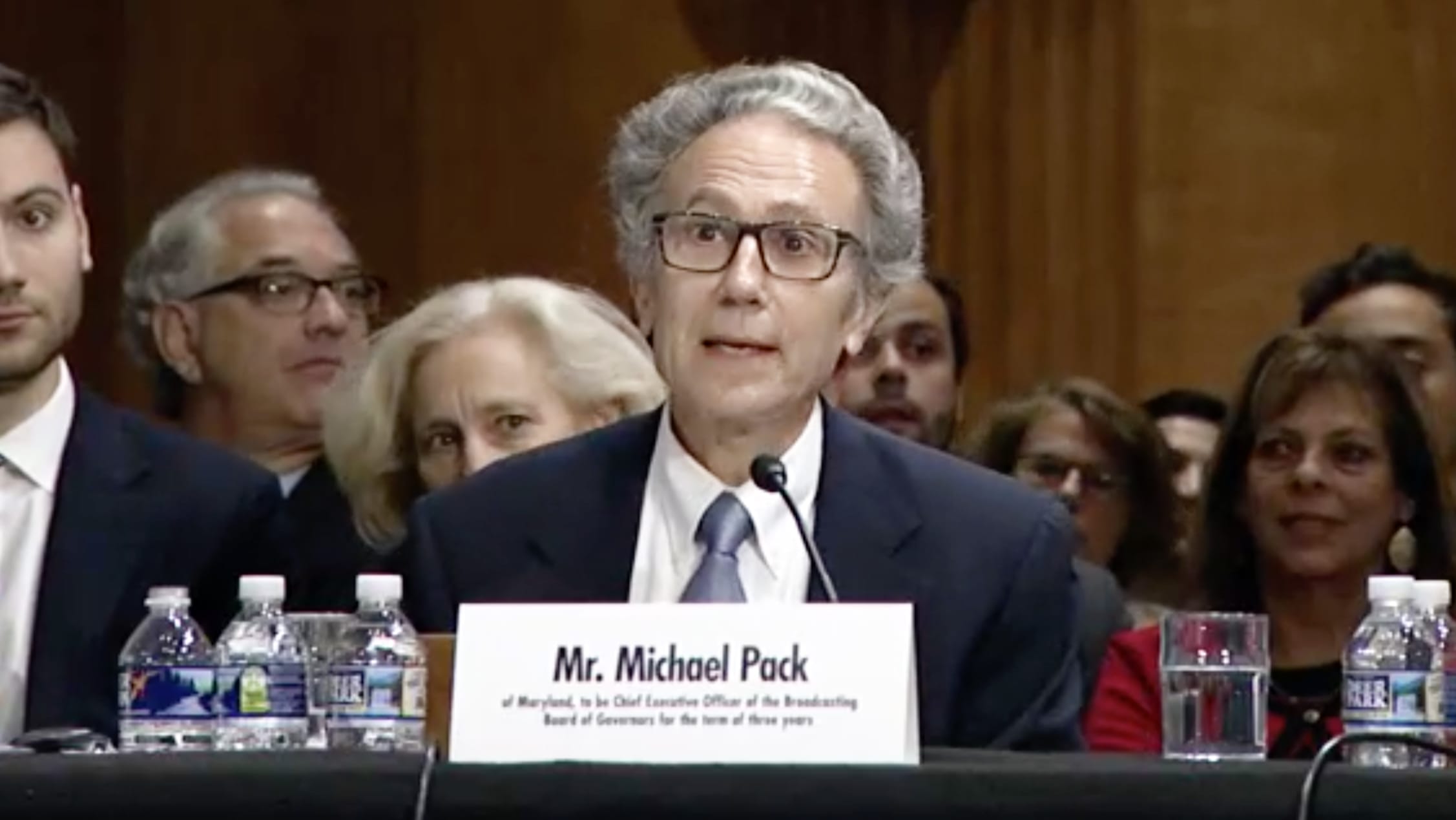 President Donald Trump’s pick to lead a federal media agency is attempting one last purge of personnel before Joe Biden is sworn in as the next commander-in-chief.

Michael Pack, the CEO of the U.S. Agency for Global Media, is pushing for the removal of agency officials he previously put on administrative leave, according to people briefed on the matter. The organization includes media entities such as Voice of America and the Office of Cuba Broadcasting.

A Democratic aide on the Senate Foreign Relations Committee, which oversees the agency, told CNBC that they have heard Pack is trying to fire some of the people on leave, but that the human resources department within the agency has pushed back, citing civil servant employment protections and the fact that many of his targets are part of a whistleblower complaint against the CEO.

A lawyer for people on administrative leave who filed the complaint told CNBC that he too has heard Pack is trying to fire their clients, but with little success.

„We’ve heard the same rumors as well,“ Mark Zaid, one of the lead attorneys, said in an email. He declined to comment further.

A USAGM spokesperson did not deny that such conversations have been taking place.

„USAGM will not comment upon speculation involving personnel matters and ongoing investigations,“ a spokesperson emailed, without attributing the statement to a name.

Several of the people who declined to be named in this story did so in order to speak freely on a private matter. When Pack first became USGM CEO, he sought to remove the leaders at the agency and within its various entities, such as Radio Free Europe/ Radio Liberty and Radio Free Asia.

The latest move comes as Biden’s transition team has been meeting with former officials, some of whom were ousted by Pack himself. Biden’s USAGM transition team leader is Richard Stengel, an MSNBC political analyst and former managing editor at Time magazine. He also served as undersecretary of State for public diplomacy and public affairs while a member of President Barack Obama’s administration.

Biden has said he plans to fire Pack after inauguration day in January.

Prior to taking the helm at USAGM, Pack was a conservative filmmaker. He had ties to former White House chief strategist Steve Bannon, as the two worked on two documentaries together.

The whistleblower complaint against Pack was filed in September to the State Department’s inspector general and the U.S. Office of Special Counsel, a federal agency watchdog. People listed on the complaint include Grant Turner, the agency’s former interim CEO, who then became the group’s chief financial officer; Matthew Walsh, the deputy director of operations, and Shawn Powers, the chief strategy officer.

The complaint notes that the executives named on the legal document „were all concurrently placed on administrative leave.“ It goes on to allege that Pack targeted these executives for „retaliatory action … because of his belief that they held political views opposed to his, which is a violation of the Hatch Act.“

The U.S. Office of Special Counsel, according to National Public Radio, recently disclosed that it had found „a substantial likelihood of wrongdoing“ at USAGM since Pack became the chief executive.

Tesla Gets $2,500 3-Year Target From Munster, But Analyst Sees Apple As A Roadblock In EV Maker’s Path