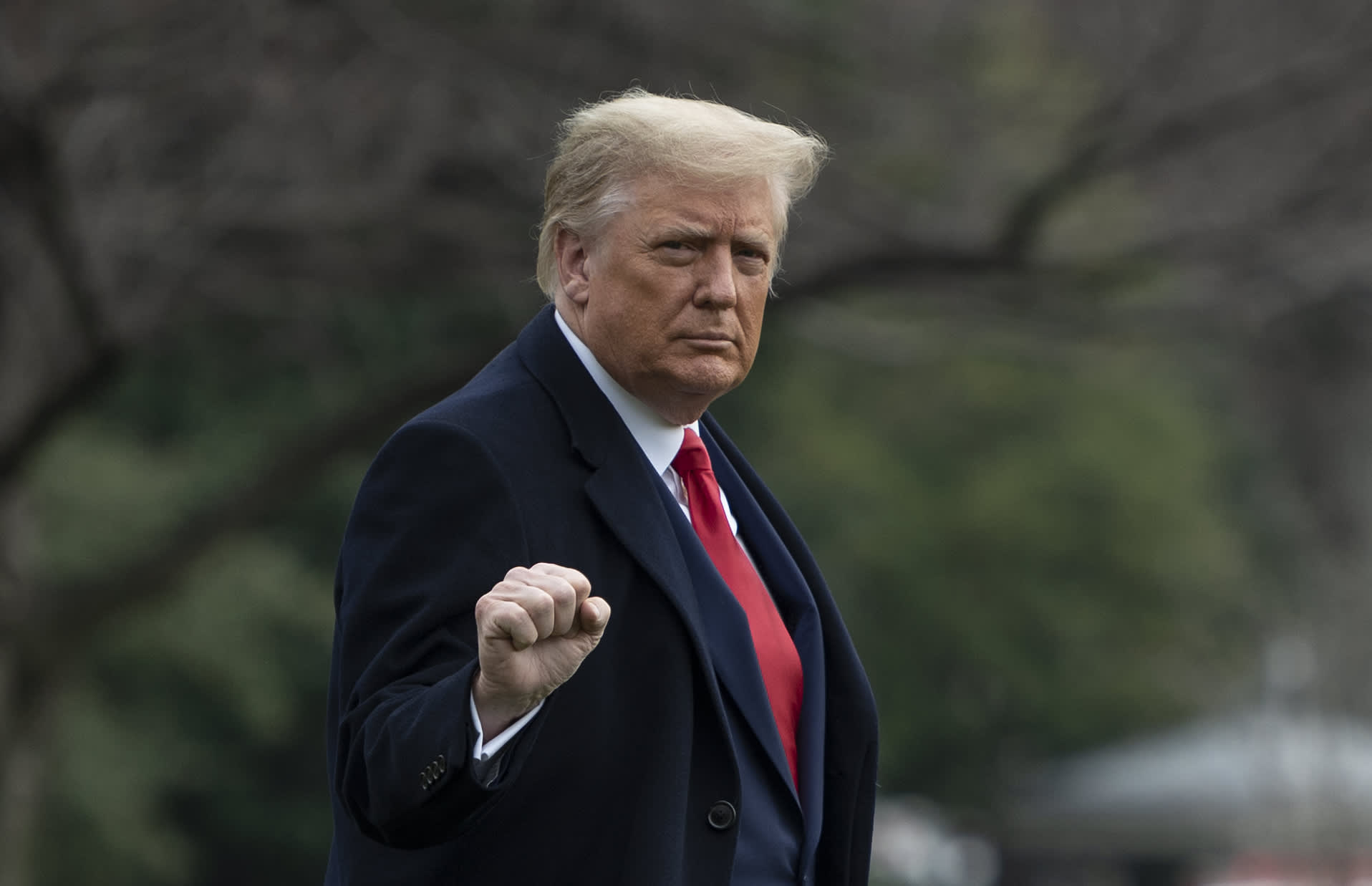 President Donald Trump signed a massive coronavirus relief and government funding package into law Sunday, days after he sent Washington into a panic by suggesting he could veto the bill.

He refused to approve the legislation for days after receiving it, blowing past a Saturday deadline to prevent an estimated 14 million people from temporarily losing unemployment insurance.

The measure extends the expanded jobless benefits into March, but millions are expected to lose a week of benefits covering these people due to Trump’s delay in signing the bill. Unemployed Americans eligible to receive a $300 weekly supplement will also get the additional money later than they could have.

The government would have shut down Tuesday during a deadly pandemic if Trump did not approve the legislation.

The president called the bill a „disgrace“ on Tuesday night — after Congress already approved it following talks which included his Treasury Secretary Steven Mnuchin. Trump claimed he opposed the bill because it included $600 rather than $2,000 direct payments to most Americans, and because the $1.4 trillion government spending portion of the package included foreign aid money. The president’s own White House has included those funds in its budgets.

After Trump expressed support for larger checks, Democrats embraced his stance. The Democratic-held House plans to vote on a measure to increase the payments to $2,000 on Monday.

In a statement Sunday night, Trump said the Senate would also „start the process for a vote that increases checks to $2,000.“ Senate Majority Leader Mitch McConnell, in a separate statement cheering the bill becoming law, did not mention any plans to take up the legislation if the House passes it. Most members of the Kentucky Republican’s caucus have opposed larger direct payments.

After Trump signed the bill, House Speaker Nancy Pelosi, D-Calif., urged Trump to push Republicans to back the bill to boost the size of the cash deposits. In a statement, she said „every Republican vote against this bill is a vote to deny the financial hardship that families face and to deny the American people the relief they need.“

The president also said he will send Congress a „formal rescission request“ asking for what he called „wasteful items“ to be removed from the bill. Lawmakers may not choose to cancel the previously approved money, as the legislation passed both chambers of Congress with overwhelming bipartisan support.

Trump also said „Congress“ — without specifying if both chambers agreed to the plan — „promised“ that the Section 230 provision giving internet platforms legal liability protections „will be reviewed and either be terminated or substantially reformed.“ He also claimed Congress would look into his unfounded allegations that widespread fraud cost him the 2020 election. Trump spent much of his time while Congress hashed out the coronavirus aid agreement spreading conspiracy theories and trying to overturn the election results.

The White House had signaled for weeks that Trump would sign whatever pandemic aid bill the divided Congress passed into law. His threat to oppose the legislation shocked Capitol Hill and sent Americans scrambling to adjust their plans.

Airlines, for instance, had moved to bring employees back with $15 billion in payroll assistance included in the bill.

Many economists and lawmakers have called the $900 billion coronavirus relief package inadequate. Still, it will send a dose of needed help to the country as the virus overwhelms the health-care system and economy.

The measure adds a $300 per week federal unemployment supplement through mid-March. It temporarily expands programs that made freelance and gig workers eligible for jobless benefits and added to the number of weeks jobless Americans can receive aid.

It sends $600 direct payments to most individuals, and adds $600 for every child. The legislation includes another round of small business assistance, most of which comes from $284 billion in forgivable Paycheck Protection Program loans.

It puts nearly $30 billion into distributing Covid-19 vaccines and ensuring Americans can get shots for free. The measure also directs more than $20 billion to state Covid-19 testing and contact tracing efforts.

Along with extending the eviction moratorium, it puts $25 billion into rental assistance. The airline payroll assistance is part of more than $45 billion in transportation relief.

The package also directs $82 billion to K-12 and higher education.

Democrats have said they will quickly push for another relief bill, headlined by direct payments and state and local government aid, after President-elect Joe Biden takes office on Jan. 20. Their ability to pass a bill will in part depend on whether Republicans keep control of the Senate in two Jan. 5 runoffs in Georgia.

„This relief legislation is a down payment on what is needed to crush the virus, put money in the pockets of the American people and honor our heroes – our health care workers, first responders, transit and sanitation workers and teachers,“ Pelosi said.