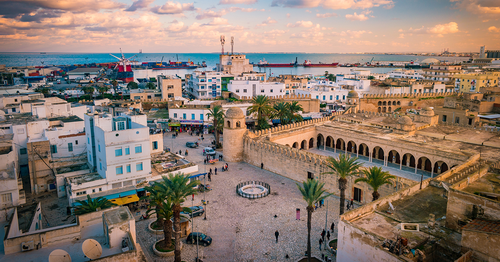 Tunisia offers opportunities for foreign direct investors, but it might be better to wait.

Even before Covid, indecisive policymaking and protectionism were draining Tunisia’s economy, according to the World Bank. The pandemic, combined with social, political and labor upheavals, dampened foreign direct investment (FDI) inflows. As a result, FDI fell 23% to $652 million in 2020 from $845 million in 2019, as recorded by the UN Conference on Trade and Development.

Along with other issues, the closing of Parliament in July 2021 brought further consequences. Fitch Ratings downgraded the country’s Long-Term Foreign Currency rating from B- to CCC citing liquidity risks and delays in reaching a loan agreement with the International Monetary Fund (IMF). Tunisia has been priced out of international capital markets since 2019.

Now, FDI has become even more critical, according to Keren Uziyel, analyst and country risk service manager for the Middle East and North Africa at the Economist Intelligence Unit. “FDI would certainly help external finances and the private sector,” she says.

Rich in Skills and Resources

Tunisia is rich in natural resources and has a skilled workforce, according to Kaouther Bouzamitta, director of common law studies and legal monitoring at the Central Bank of Tunisia. She also highlights Tunisia’s proximity to the European market and the country’s association agreement with the EU.

Ironically, the pandemic could lead to increased FDI from neighboring countries. “The disruption caused by the pandemic influenced multinationals’ decisions to reorganize the geographic and sectoral distribution of their production activities, generating new opportunities for Tunisia,” says Bouzamitta.

Also, the restructuring of investment regulations in 2017 encouraged investment, explains Sarra Ben Khelil, Tunisia researcher at the University of Ottawa. Tunisia’s new legal framework for investments reduced taxes and eased hiring restrictions for new companies. If a foreign company invests in Tunisia, it can employ 30% of its workforce from outside the country in the first three years. “But then this number lowers to 10% after three years,” she says.

The advantages have attracted a wide range of foreign companies. Among them: consultancies KPMG and Deloitte, hoteliers like Four Seasons and Movenpick, banks such as Citi and BNP Paribas and fast-food chains McDonald’s and KFC.

The advantages have also led to a sea change in retail business. “Until five years ago, we didn’t have the concept of the mall,” Ben Khelil recalls. “Now, new shopping malls open regularly.”

Notwithstanding the advantages, the Tunisian economy has an equally extensive list of risks. Social unrest appears likely to continue due to rising costs; general dissatisfaction is attributable to the gap between the promises of 2011’s Arab Spring and the current reality. Also, high unemployment has led to a brain drain of highly educated professionals.

Taken together, these factors produce a mixed and cautious outlook for investors. Tourism projects could be put on hold for the time being. “With the difficult economic situation, and the potential labor unrest around the need for fiscal tightening to get IMF support, I think you will see a resurgence of industrial action,” the EIU’s Uziyel says. However, energy and hydrocarbon projects would be more workable.

This story represents the final Frontier Market Report from our longtime columnist Al Emid, who passed away in Toronto at the end of April after a short hospitalization. A seasoned economic and financial writer with strong understanding of financial markets, Al also offered a nuanced and knowledgeable perspective on the Middle East in addition to developing nations. Fearless and energetic, he published several books, and worked in radio and podcasting as well as print. His creative and wide-ranging mind was always juggling multiple projects. Al had, as he liked to say, “been around.” He had contacts all over the world and often recommended other writers, many of whom remain trusted regular contributors.

We will all miss him, his feature stories, and his strong commentaries.

How the Supreme Court went from cementing abortion rights in Roe v. Wade to drafting their demise