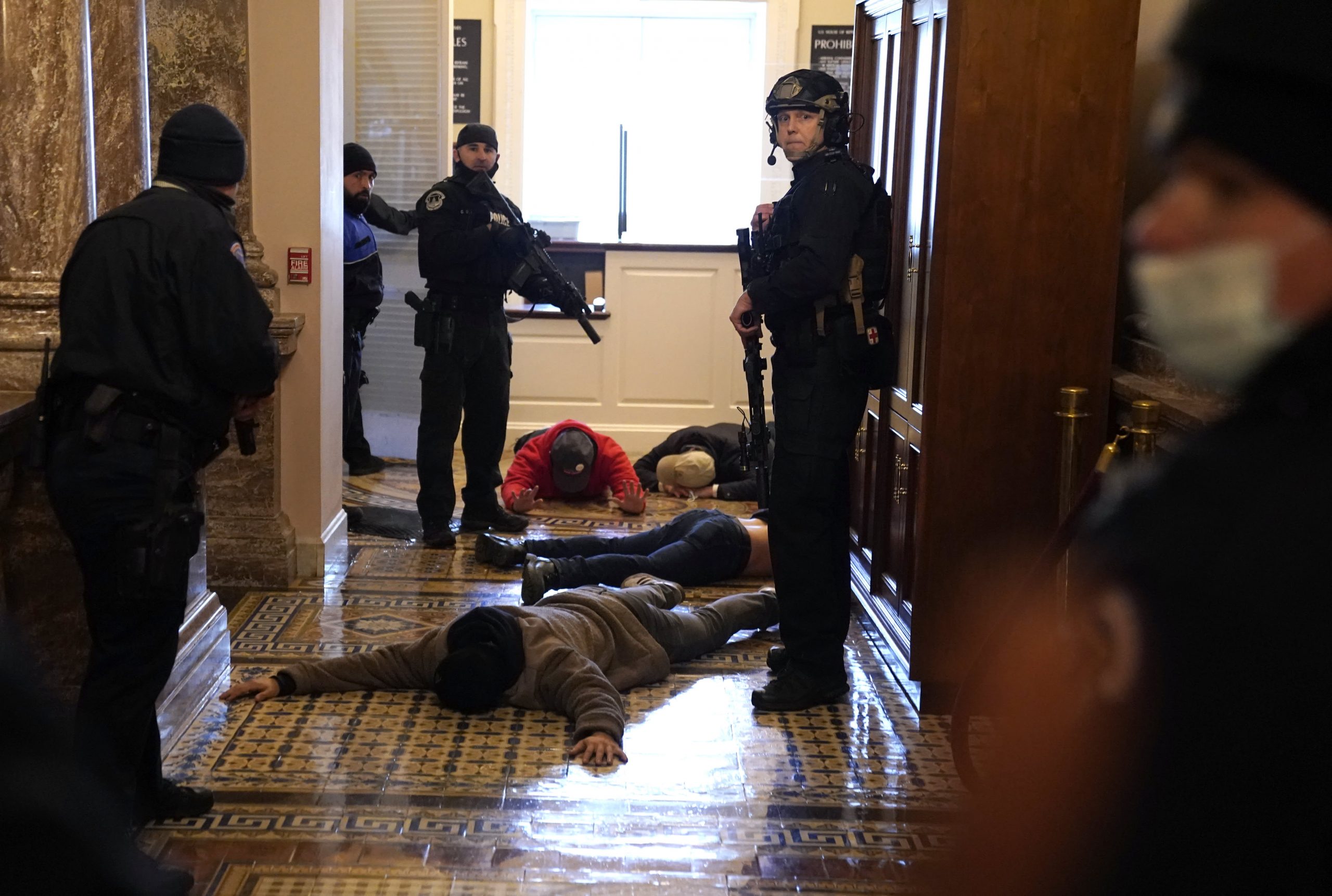 WASHINGTON — The U.S. Capitol was finally secured late Wednesday afternoon, hours after supporters of President Donald Trump invaded the halls of Congress to disrupt the confirmation of Joe Biden as the next president

Protesters had freely roamed through the Capitol complex, including the Senate chamber, where one man stood on the president of the Senate’s chair and shouted, „Trump won that election!“

Several law enforcement officials said a woman who was shot inside the Capitol building durinbg the chaos died. A video circulating on social media showed a woman falling from the window of a doorway in the Capitol, apparently after being shot.

Vice President Mike Pence, who had been presiding over the count of Electoral College votes, was rushed out of the Senate as the Capitol complex went into lockdown when Trump supporters began pouring into the building.

Pence, House Speaker Nancy Pelosi, D-Calif., and Sen. Charles Grassley, R-Iowa, who are all in the line of presidential succession were taken to secure locations.

Members of Congress were ordered to take shelter in the complex, where at least one improvised explosive device was found. Another pipe-bomb-like device was found at the headquarters of the Republican National Committee.

As rioters, many of them clad in hats bearing Trump’s „Make America Great Again“ motto, rampaged, Senate staffers removed the Electoral College ballots that had been on the floor of the Senate during proceedings, according to a tweet from Sen. Jeff Merkley, D-Oregon.

Merkely wrote that „if our capable floor staff hadn’t grabbed them, they would have been burned by the mob.“

Other tweets and brodcasts showed shocking images of a protester dangling from the balcony of the Senate chamber, a woman drenched in blood on a stretcher and Capitol police pointing guns on the floor of the House of Representatives.

Members of Congress were photographed wearing plastic breathing devices over their heads to protect themselves from tear gas. CNN broadcast an image of protester sitting at Pelosi’s desk, with a handwritten note near her computer that read, „WE WILL NOT BACK DOWN.“

Hours after the riot began, authorities began tossing flash-bang grenades and dispersing tear gas into a crowd of people in front of the Capitol building.

„This is a coup attempt,“ tweeted Rep. Adam Kinzinger, an Illinois Republican.

„This is what the president has caused today, this insurrection,“ said Romney, the GOP’s 2012 presidential nominee.