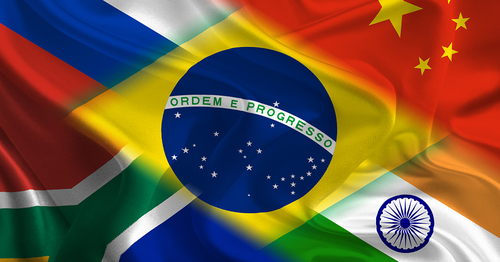 Russia’s war in Ukraine may strain the BRICS bloc and the fortunes of the bloc’s New Development Bank.

The events unfolding following Russia’s invasion of Ukraine were not part of the narrative that the Kremlin sold to the other members of the BRICS bloc—Brazil, India, China and South Africa.

“To the BRICS leaders, Putin sold the narrative of a swift invasion with minimal impacts,” says William Gumede, Professor, school of governance at the University of Witwatersrand. He adds that Russia did not foresee a Ukrainian resistance or unprecedented widespread global backlash, including tough sanctions. “This is becoming a long war and a big problem for the BRICS countries.”

So far, the uninvolved BRICS partners have projected a relatively neutral stance regarding the invasion despite Brazil supporting the United Nations resolution for cessation of violence. But as the war drags on and Moscow becomes more isolated, the ground is increasingly becoming shaky for the other BRICS countries.

Evan Ward, an associate professor at the department of history, Brigham Young University in the US, suggests that the viability of the BRICS bloc is facing severe strains. The bloc’s ability to “retain the economic vitality it enjoyed when the term was coined” two decades ago seems impossible owing to the pressure Russia is facing from the West. “The fluidity of short-term decisions may harden into long-term realities based on the degree and duration of supporting Russia or even taking a neutral posture,” he notes.

Problems that have befallen the New Development Bank (NDB), majority-owned by the bloc with each country controlling approximately a 20% stake, are a pointer to things to come. Due to sanctions—including some Russian banks being cut off from the international financial system Swift—NDB was forced in early March to halt operations in Russia due to the “unfolding uncertainties and restrictions.”

NDB’s current exposure to Russia is huge. By the end of 2021, its loan exposure to the country stood at 13% of its $30 billion portfolio. Notably, 70% is government lending, which poses downside risks to its credit risk profile and solvency. Already, Fitch Ratings has revised the bank’s rating outlook to Negative from Stable.

Peter Fitzpatrick, Senior Director, Corporate Communications at Fitch, reckons that although all indications are that Russia will honor its obligations to NDB, it serves as the bank’s first test in a stress scenario of its preferred creditor status. “If the Russian sovereign were to default, this would likely add to negative rating pressures,” he notes.

Russia’s default is not the only worry though for NDB. Moscow’s presence as a key shareholder is bound to deter new member countries from joining. This would affect the bank’s strategy to diversify its membership and reduce its loan concentration. Since opening its doors to non-BRICS members in September 2021, NDB has admitted Bangladesh, United Arab Emirates, Uruguay and Egypt.

The BRICS countries—whose combined population is more than 40% of the world’s population—have been proactive in pushing political and economic integration. In 2019, when the bloc’s intra-trade accounted for 15% of world trade, according to the BRICS Business Council, the bloc set a target to propel trade to hit the $500 billion mark in the medium term.

According to Gumede, with Russia engaging in what is unraveling as “Putin’s forever war,” individual BRICS nations are bound to look inwards and start prioritizing self-interests, particularly in terms of geopolitical and economic partnerships with the West. “A long war will change the dynamics for BRICS beyond their expectations,” he notes. He adds that for South Africa, the “sentimental” bilateral relationship with Russia will be tested in a big way.

For India, a BRICS member that is “feeling the heat” over its neutrality, it is important to note that the US was the country’s top trading partner, with a trade of $112.3 billion last year.

U.S. warns Russia will intensify its military operations in Ukraine after weeks of stalled ground fighting