French startup Upway has raised a $25 million Series A round led by Exor Seeds and Sequoia Capital. The company sells second-hand electric bikes that have been refurbished and are ready to roll.

In many ways, Upway reminds me of online marketplaces for cars. The startup provides a seamless experience for buyers who want to buy an electric bike but don’t want to pay the full price of a new electric bike.

Behind the scenes, Upway buys electric bikes from both consumers and companies. The team brings those bikes to its warehouse, checks them, repairs them in some cases and lists them on their website. Of course, Upway tries to generate a small margin on every sale.

In addition to Exor Seeds and Sequoia Capital, Origins is also participating in today’s round. Origins is the VC firm backed by many professional soccer players, such as Blaise Matuidi, Olivier Giroud, N’golog Kanté, as well as Antoine Dupont (a rugbyman).

Existing investor Global Founders Capital is investing once again in the startup. Henri Moissinac, the co-founder and CEO of micromobility startup Dott, is joining the round as well.

Right now, the startup operates in its home country France and Belgium. Bikes are shipped directly to customers from the same warehouse in Gennevilliers near Paris. But the company is already thinking about its next moves.

Upway will soon launch its marketplace in Germany, the Netherlands and the U.S. By the end of 2022, the company will have three different warehouses.

Sales of electric bikes have been growing rapidly in Europe. Manufacturers are benefiting from this boom, including some startups that have raised massive rounds, such as Cowboy and VanMoof . But they remain expensive goods and they also suffer from supply chain constraints.

Bikes (electric or not) will play an important role in the future of urban mobility in major European cities. That’s why it’s important to provide new ways to access bikes. Electric bikes more specifically can even replace many car rides outside of major hubs.

Some cities have invested heavily in subsidized bike-sharing services, such as Vélib’ in Paris. Some companies, like Dott, are buying thousands of electric bikes for their free-floating bike rental services.

Companies like Swapfiets and Dance are also important when it comes to democratizing electric bikes. These startups let you rent a bike for a flat monthly subscription fee. When you cancel your subscription, you hand out the bike.

Coming back to Upway, people who want to use an electric bike to go to work or ride to school may consider getting their own bike. In addition to new bikes, it’s important to provide different offerings.

Upway makes electric bikes more affordable. All bikes come with a one-year warranty and there’s no stock issue as the company only lists electric bikes that it can sell right way. Some customers can also take advantage of Alma to buy now and pay later, in multiple installments without any interest.

The startup also provides accessories, such as helmets, lights, bike locks and child seats. Eventually, you could also imagine adding some insurance product to your basket before checking out.

Overall, Upway sells 400 different models from brands like Moustache, O2feel, Keola, Veloci, Arcade, Cowboy and VanMoof. There are currently 20 million electric bikes on the European and American roads. Those millions of bikes could all end up on a second-hand marketplace like Upway. And I’m not surprised that the startup managed to raise another $25 million. 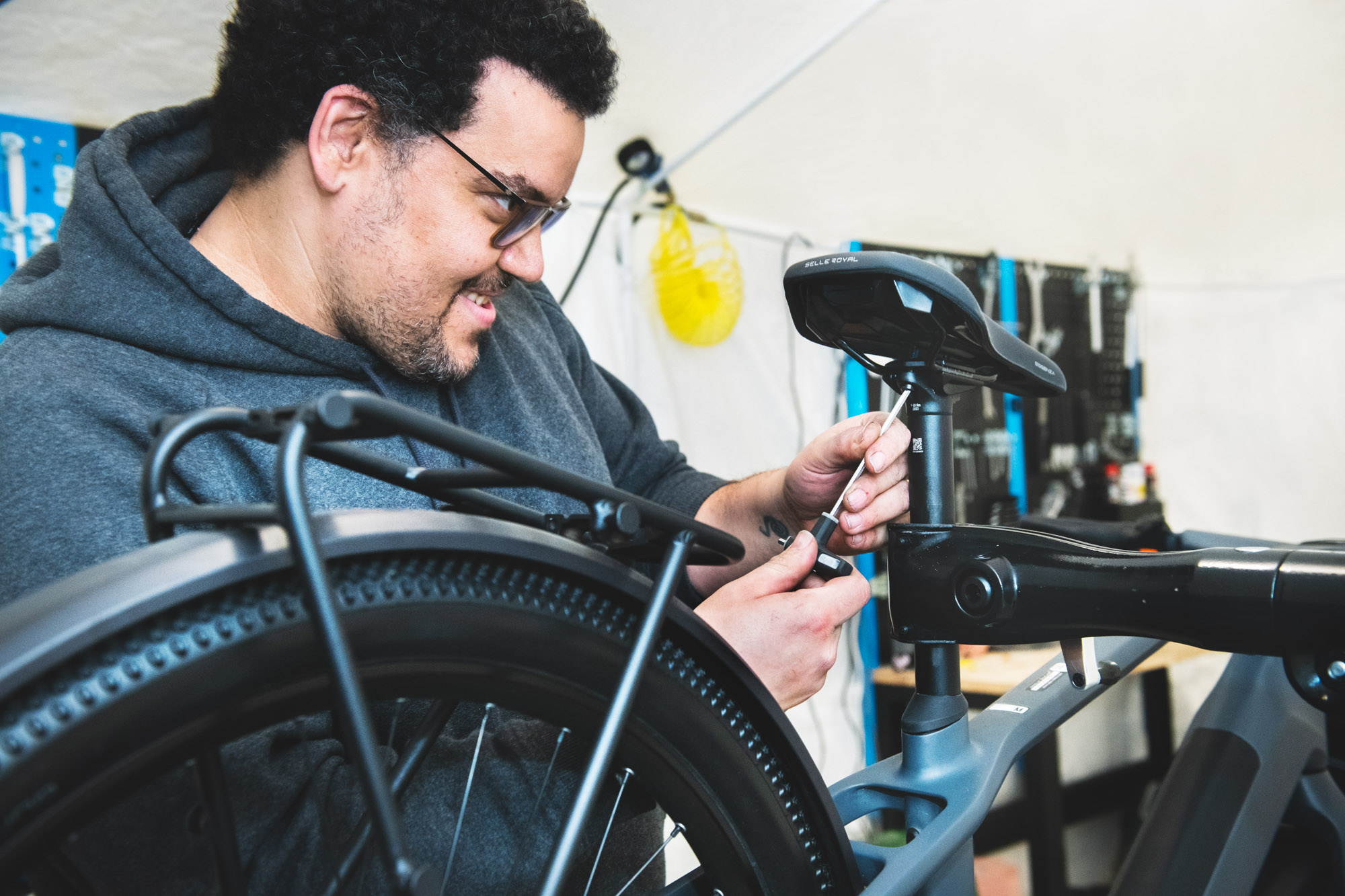