Watch Out, Elon Musk. These EV Startups Are Trying To Take On Tesla 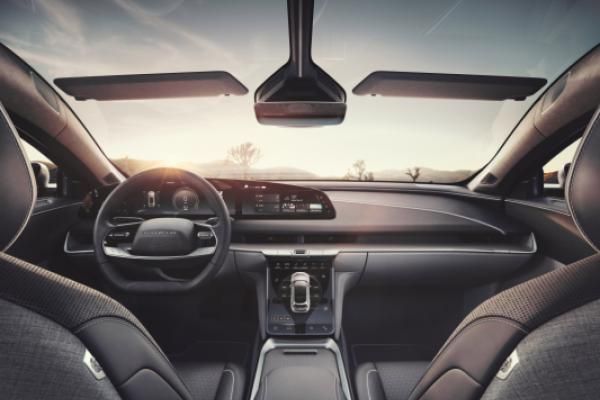 With a $145.9 billion fortune at press time Elon Musk, the founder of the electric car manufacturer Tesla Inc (NASDAQ: TSLA), has added more than $100 billion to his net worth since January 2020.

Tesla’s shares have been going up, beating every analyst’s expectations and common sense, while its market capitalization reached $600 billion on Dec. 7.

Tesla has changed the auto industry. But it isn’t the only electric car manufacturer in the global market. Some of the large, established automakers are making fully electric, and hybrid-electric cars aiming to keep Tesla at bay and are getting ready to enter the automotive industry – to take a pie out of Tesla’s growing business.

Established in 2007, electric vehicle provider Lucid Motors is based in the state of California. The company develops software for monitoring individual battery cells, mechanical packaging, and controls for battery packs in plug-in vehicles, automobiles, and aircraft.

Expected to launch in early 2021, its first model, the Lucid Air price, will start at $69,000. According to Bloomberg, the customer deliveries of the Lucid Air Dream Edition will be produced at Lucid’s new factory in Casa Grande, Arizona, and will begin in the spring of 2021. The manufacturer has planned to open eight showrooms by the end of this year, out of which five showrooms will be in California.

Peter Rawlinson, CEO of Lucid Motors, says the company has the technology, cash, and talent to compete with Tesla, and promises to change the world by bringing new electric vehicles into the market, CNBC reports.

With the hydrogen fuel cell technology, Nikola plans to build vehicles with similar benefits to electric vehicles. The advantage, which it’s counting on, is that it will take less time to recharge the vehicle and will have a longer range.

Nikola’s first model Nikola Tre semi-truck, a pioneer battery-electric semi-truck for the short-haul trucking sector, will be available to customers by 2021, the company claims.

The vehicle manufacturer was founded by Trevor Milton in 2015. Interestingly, he named the startup after Nikola Tesla, taking the famous inventor’s first name, as the last name was already taken by Elon Musk.

Recently Nikola has been in the news for all the wrong reasons, which could hinder its progress in terms of getting further investment and growth.

According to short-selling firm Hindenburg Research, the company was misleading its investors about its electric vehicle technology. According to Bloomberg, The Schall law firm has announced a class-action lawsuit against Nikola in connection with false and misleading information about the company’s technology. Nikola has denied the accusations and said the information was baseless.

The company, which was launched in 2014, is headquartered in Shanghai. NIO is one of the top Chinese companies in the EV segment founded by a Chinese entrepreneur William Li.

NIO’s vehicles are large battery-powered SUVs. What makes NIO’s cars different from others is its subscription purchasing model to simplify the ownership of the battery part.

It offers to lease it, and if updated batteries are released, you can have them fitted in your car. It also provides a three-minute battery swap-out service, which it calls BaaS.

The company’s stock position in the market is also noticeable as it announced the completion of the offering of 101,775,000 American depositary shares in September. The company is planning to use the net proceeds to repurchase equity interests, reports Yahoo! Finance.

NIO started the deliveries of its electric SUV in 2018 and the 6-seater ES8 in 2019 in China. It officially launched the EC6 electric coupe SUV in 2019.

The company has committed to 100,000 electric delivery vehicles to Amazon by 2030 as a part of the e-commerce giant’s Climate Pledge. In a recent statement, Rivian has said that it will make its hands-free driver assistance system standard in every vehicle it builds.

The driver assistance system will automatically steer, adjust speed, and change lanes on command. The vehicles will have a driver-monitoring system with a cabin-facing camera helping the drivers for a better driving experience.

Rivian raised $2.5 billion in early 2020 to strengthen its electric vehicle market position and beat Tesla and Nikola, CNBC has reported.

The company recently went through a bumpy ride, as it received criticism from Michigan auto dealers for selling vehicles directly to the customers, which Tesla has already been doing.

Fisker’s first model, The Ocean, is an all-electric SUV expected to begin production in 2022. The Ocean will be available to consumers through a leasing package, optimized for driver convenience and accessibility. Its starting price is $37,499, and it has a long driving range up to 300 miles.

The automotive designer Henrik Fisker has been in the electric vehicles business for more than a decade. Back in 2012, Fisker designed an ultra-luxury electric car called the Fisker Karma. He later stopped the production and sold assets to a Chinese firm after its battery supplier A123 Systems filed for bankruptcy.

The company plans to launch three new electronic passenger vehicles by 2025, including a sports sedan based on the EMotion concept, a sports crossover, and a pickup truck.

Fisker claims it will deliver each vehicle with platforms, battery packs, and component systems.

It designs, develops, and manufactures smart vehicles that are integrated with advanced Internet, AI, and autonomous driving technologies.

In China, the Xpeng vehicles are considered to be an alternative to Tesla models. Founded in 2015, the current market valuation of the company is around $35.3 billion.

In August, the company raised $1.5 billion in its IPO in the US.

Xpeng has announced that it is going to implement LiDAR senses into its cars. It says it will improve its next-generation autonomous driving architecture with the vehicle’s high-precision object recognition performance.

Tesla sued its former engineer in 2019.for allegedly stealing the Autopilot program secrets and using them at Xpeng. The former employee later admitted to uploading its code to his iCloud.

In September 2020, for the first time, Xpeng exported its vehicle outside its home country China. It entered the Norway market with G3 electric SUVs, marking the beginning of the competition with Tesla in Europe.

© 2020 Benzinga.com. Benzinga does not provide investment advice. All rights reserved.