What to know in the week ahead 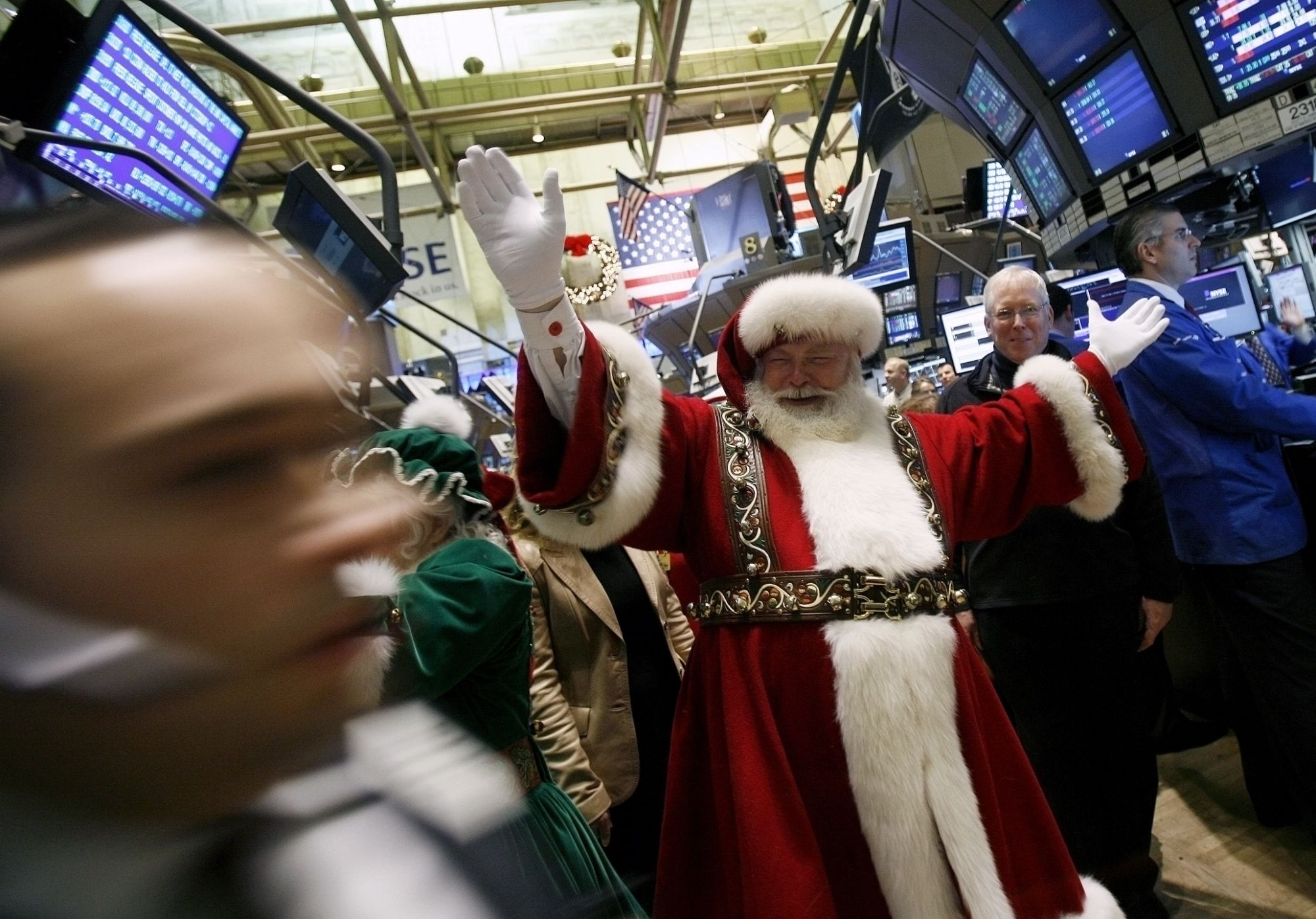 This week is set to be quiet as traders wind down for the holidays. Relatively few economic and earnings reports are set for release, and virtually all of these will be packed into the first three days of the week.

Equity investors have one key seasonal phenomenon to look forward to this week: the so-called Santa Claus Rally. While not guaranteed, stocks have tended to rally during the final five trading sessions of the year through the first two trading days of the New Year. The S&P 500 gained an average 1.3% during the seven-trading day session since 1969, according to the Stock Trader’s Almanac.

Through Friday’s close, the S&P 500 (^GSPC) was already up a respectable 2.8% in December so far. These gains, however, paled in comparison to the 10.8% rise the index posted in November, for its best month since April and its best November ever.

These outsized gains in the penultimate month of the year likely did not detract from advances for December. According to a recent note from Fundstrat’s Tom Lee, since 1945, the S&P 500 has risen 100% of the time in December when the index has entered the month with a year-to-date gain of between 10%-15%, and a bear market was not under way. Both of these conditions were met in 2020, and December’s monthly gain has averaged 3.3% after having fulfilled these criteria, Lee added.

However, the end-of-year period for 2020 will also include a new variable, as Tesla (TSLA) begins trading in the S&P 500 on Monday after becoming the largest-ever company by market capitalization to be added to the index.

The typically volatile stock is set to have an index weighting of 1.5% and, with a market cap of over $600 billion, be the sixth largest company in the S&P 500. More than $11.2 trillion in assets are benchmarked to the S&P 500, and about $4.6 trillion of that is in indexed funds, which will need to have rebalanced as money managers trimmed some of their other holdings to make room for Tesla.

“With many index funds prepared to buy the stock on the close, could we see another massive spike? But, on the other hand, how many people have been waiting for this moment to take some profits?” Peter Tchir of Academy Securities said in a note on Friday. “Not only are those questions difficult to answer, but how much of Tesla’s rise has been viewed as a signal for the broader market (or at least other companies that are similar to Tesla, or that have grown very rapidly, that might deserve a spot in the S&P 500). It is very difficult to tell.”

“We do know that many sentiment indices are pointing to extreme greed, but we also know that the importance of single stock option trading has morphed and might not get picked up well by ‘traditional’ sentiment indicators,” he added. “I think trading next week could be very volatile as we see all the forces at work that the inclusion of such a behemoth in the S&P 500 has on markets.”