Why are gas prices rising so quickly? And how high are they expected to get? 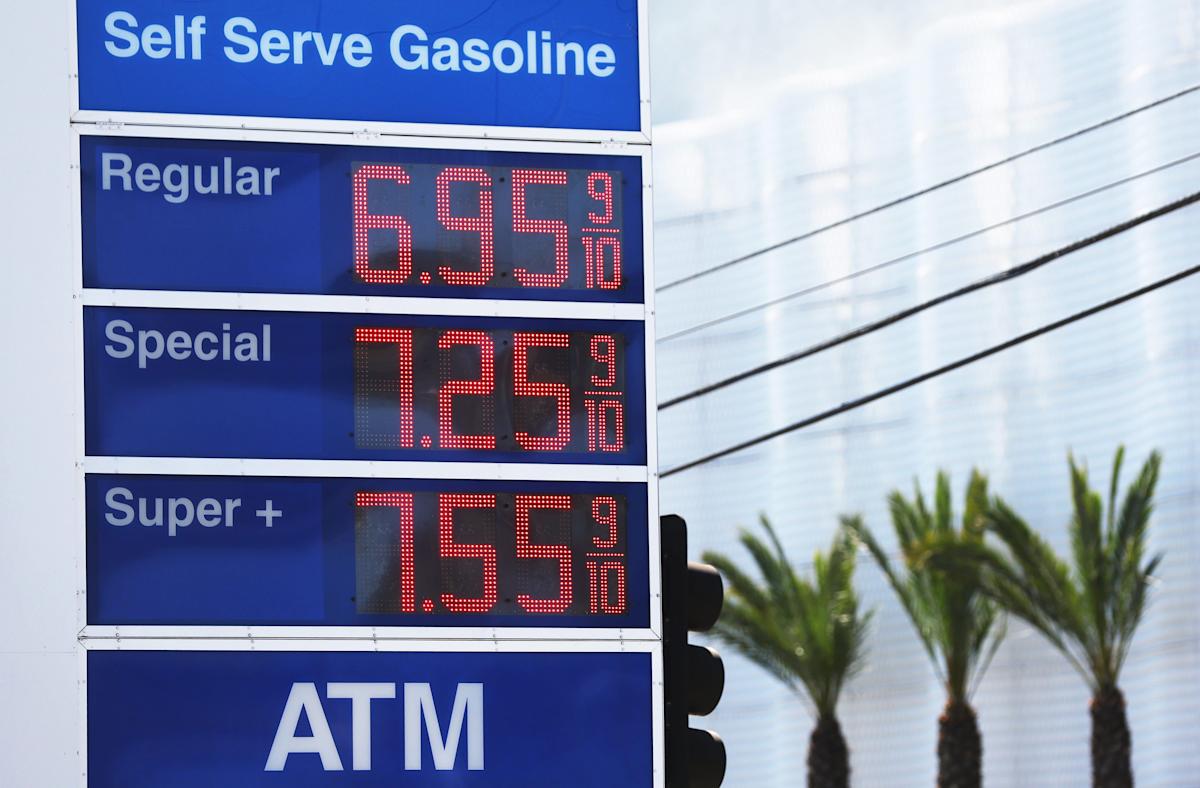 As the national average for a regular gallon of gas broke the all-time record in the United States on Tuesday, many are wondering how long the surge may continue and when prices at the pump will finally drop.

The dramatic rise in cost has sent drivers into a frenzy; Gasbuddy, the popular fuel-savings app that gives users the cost of gas in their area, had its online services go down temporarily on Monday because of record-breaking traffic as people look for the cheapest place to fill up their tanks.

As of Tuesday morning, the average cost for a gallon of gas in the country was $4.17, according to AAA. The price is up about 10 cents from Monday and more than 50 cents from last week.

Costs are expected to continue to rise throughout the year.

Here is what we know about gas prices and what to expect next:

For subscribers: Are oil and gas companies price gouging consumers at the pump?

Why are gas prices rising?

There are a few factors contributing to the increase, but the main reasons is the Russian invasion of Ukraine and the rise of inflation.

Patrick De Haan, head of petroleum analysis at GasBuddy, told USA TODAY last week that the sanctions put on Russia by the U.S. and European Union severely hindered Russia’s ability to sell crude oil, one of the biggest determiners for gas prices. Because the country is one of the biggest energy suppliers, crude oil prices have dramatically risen.

While that is only 3% of the import market in the U.S., Russia plays a big role because it produces „heavier, sour crude,“ Ramanan Krishnamoorti, a professor at the University of Houston, said. He added Russian crude is needed because U.S. refineries are not designed to use 100% of the light, sweet crude it produces.

Another contributing factor De Haan mentioned is the loosening of COVID-19 restrictions across the country. With mandates lifted or softened, people will be out more, coinciding with the typical rise of gas costs as summer approaches.

AAA also said Monday that the increase in gas demand and a reduction in total supply contribute to rising pump prices.

‚Be prepared for months of these high prices‘: How to save money as gas prices smash records

Is it time to buy or sell?: High gas prices are sending stocks lower.

Gasbuddy projects the worst is yet to come for when looking at average prices.

GasBuddy’s 2022 gasoline forecast predicts the average cost of a gallon of gas will peak in May at $4.25. Even as prices begin to decline after May, the average is expected to remain over $4 until November. The average for 2022 is expected to be $3.99.

„It’s a dire situation and won’t improve any time soon. The high prices are likely to stick around for not days or weeks, like they did in 2008, but months. GasBuddy now expects the yearly national average to rise to its highest ever recorded,“ De Haan said in a news release Monday.

On Tuesday, President Joe Biden announced a ban on the U.S. import of all Russian energy products, including the purchases of Russian crude oil, certain petroleum products, liquefied natural gas and coal. Experts say the decision will contribute to the cost increase.

„In the short term, you’re going to see prices definitely go up,“ energy expert Gianna Bern said. „How much, it remains to be seen, and where and how the void gets filled.“

Gas prices and inflation have you down?: Here’s how to sell your car to Carvana, Autonation

Where is gas the most and least expensive?

Gas remains the most expensive in California, with the average cost at $5.44, the only state with an average above $5.

Stations across the state are seeing prices above $6, including a Shell gas station in Los Angeles, which had regular gas costing $6.99 a gallon.

The states with the cheapest gas are Missouri, Kansas, Oklahoma and Arkansas. Each state’s average price is under $3.80.

This article originally appeared on USA TODAY: Gas prices keep going up. How expensive is a gallon expected to get?

U.S. intel chiefs warn Congress that Putin will 'double down' in Ukraine as Kremlin's war drags on