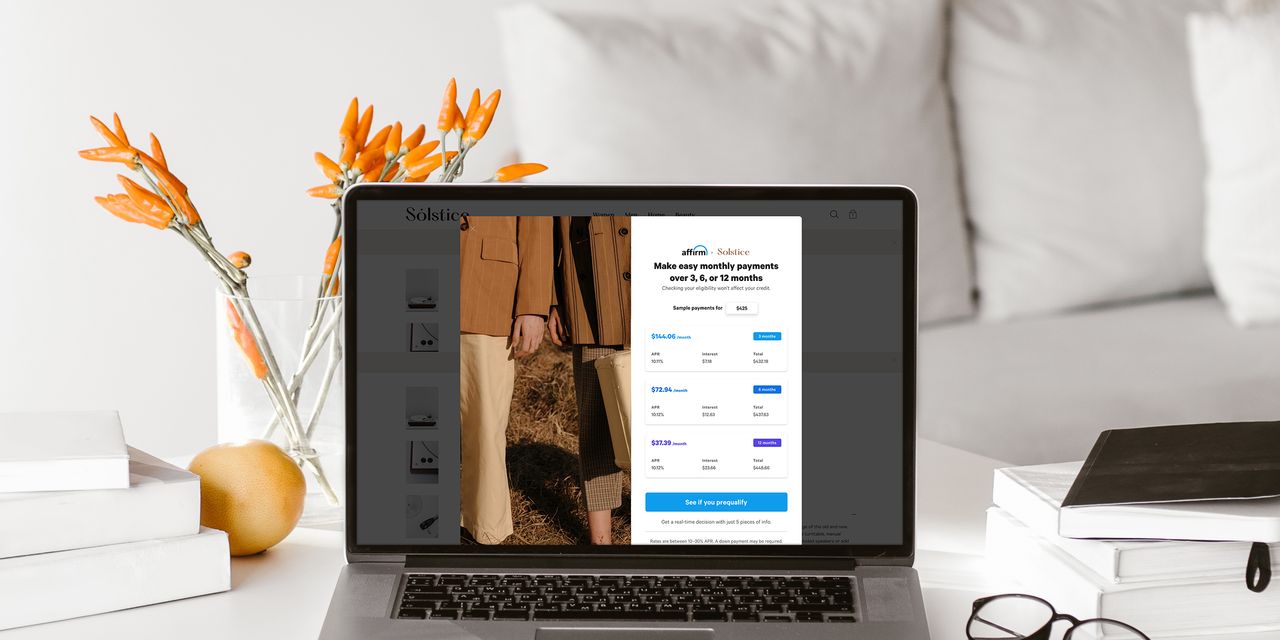 After a delay, payment-technology company Affirm Holdings Inc. is about to get paid.

The company, which lets people purchase goods and pay over time, priced its initial public offering at $49 a share late Tuesday, according to reports from Bloomberg News and Reuters. That price is $5 a share more than the top of its proposed range, and would raise at least $1.2 billion and afford the company an initial market capitalization of $11.9 billion, based on Affirm’s Securities and Exchange Commission filings.

Affirm
AFRM,
,
which was co-founded and is led by PayPal Holdings Inc. PYPL co-founder Max Levchin, allows customers to pay for online purchases over time. The company makes money on the merchant end of a transaction when consumers use one of Affirm’s installment products, the most lucrative of which offers a “0% APR” option that lets consumers make purchases over time without incurring interest. The company also has a “simple interest” loan option under which it charges consumers for the upfront payment.

Executives expected to take Affirm public at the end of 2020 but ended up delaying the IPO after huge first-day pops among other so-called unicorns going public, such as Airbnb Inc.
ABNB,

For more: After a year of impressive pandemic offerings, these tech companies expect to keep it rolling

Affirm generated $509.5 million in revenue during its latest fiscal year, which ended in June, up from $264.4 million a year prior. The company recorded a net loss of $112.6 million, compared with a loss of $120.5 million in the year-earlier period.

Among the brands using Affirm for installment-payment options is Peloton Interactive Inc. PTON. The maker of connected exercise equipment accounted for roughly 28% of Affirm’s revenue in its last fiscal year.

See also: Five things to know about Affirm as it goes public

Affirm is one of a number of players in the buy-now-pay-later space. Competitors include Afterpay Ltd.
APT,
,
which trades in Australia; Klarna, which has received backing from Visa Inc.
V,

; and Uplift, which has focused on the online-travel market.

Affirm is now expected to begin trading Wednesday on the Nasdaq exchange with the ticker symbol “AFRM. “In SEC filings, the company said it would seek to sell 24.6 million shares, and underwriters — led by Morgan Stanley, Goldman Sachs and Allen & Co. — have access to an overallotment comprising an additional 3.7 million shares.