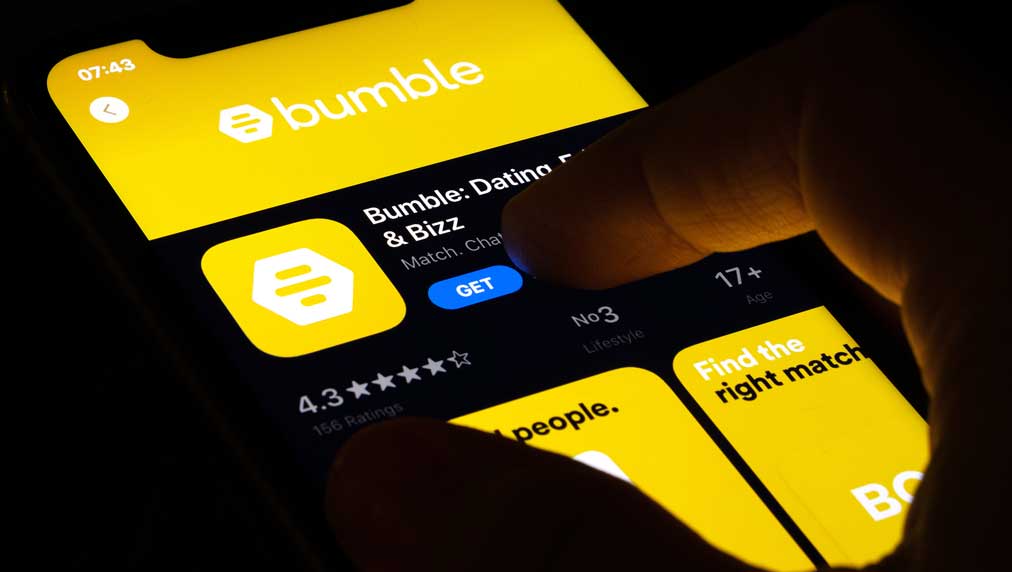 
What makes Bumble different from a bevy of other dating apps is that women make usually initiate contact.

The company offered 50 million shares, which they raised from 45 million, at $43. That came in $4 above the high end of its upwardly revised range. Before that, it initially planned to offer 34.5 million shares at a price range of $28 to $30. It received a market valuation of $8.2 billion.

Bumble will trade under the ticker BMBL.

„The Bumble brand was built with women at the center — where women make the first move,“ the Bumble IPO filing says. „We are rewriting the script on gender norms by building a platform that is designed to be safe and empowering for women, and, in turn, provides a better environment for everyone.“

The company operates two dating apps, Bumble and Badoo, which together draw more than 40 million users a month, it says. In addition, it says Bumble and Badoo are two of the highest-grossing online dating mobile applications globally, as of August 2020.

For the first nine months of 2020, Bumble reported revenue of $413 million, according to the Bumble IPO filing. with a loss of $28 million.

Among its competitors is Match Group (MTCH). It owns and operates the largest global portfolio of popular online dating services including Tinder, Match.com, OkCupid and Hinge. Match is trading near its record highs and has a market value near $45 billion. Match shares were down 1%, near 169.60, in morning trading on the stock market today.

Although Bumble is free to use, the company generates revenue when customers purchase premium subscriptions. Those services give customers the ability to boost their profiles‘ reach or see who’s already liked them on the app. The company also generates some revenue from advertising and partnerships.

The company had 2.4 million paying users at the end of the third quarter, up from 2.1 million a year ago.

The lead underwriters for the Bumble IPO include Goldman Sachs, Citi and Morgan Stanley.

Recent IPO stocks are where investors often find some of the market’s best stocks. New IPOs are typically in their early stages of growth, and big earnings growth generally fuels a stock’s price performance. The IPO Leaders list has special screening criteria to find up-and-coming stocks with strong fundamental and technical traits

What Is An IPO? Know These Risks and Rewards Of Investing in IPO Stocks