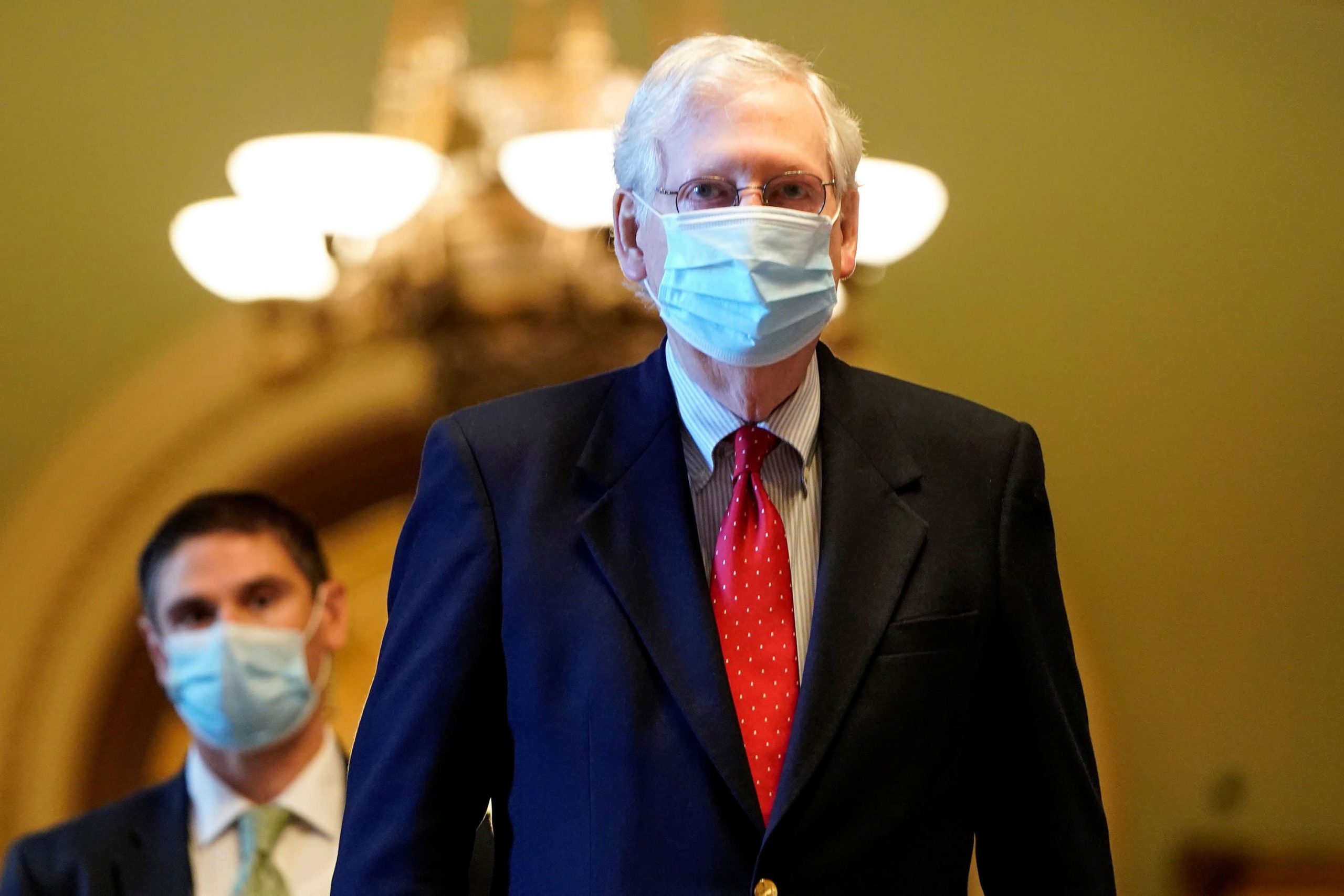 Update: The Senate passed the one-week government funding bill Friday afternoon. A previous version of this story is below.

The Senate had only hours to prevent a government shutdown Friday as lawmakers threatened to hold up swift passage of a spending bill.

Funding will lapse if the chamber fails to approve an appropriations measure and President Donald Trump does not sign it before midnight. The House already approved a one-week government spending extension through Dec. 18.

Lawmakers hope the bill will give them more time to strike elusive full-year funding and coronavirus relief deals. However, even keeping the lights on for another week became more complicated Friday.

To pass before the shutdown, the measure needs unanimous consent. It means any senator can delay its approval, and several lawmakers have suggested they could do so.

Sens. Bernie Sanders, I-Vt., and Josh Hawley, R-Mo., have pushed for a vote on a proposal to send direct payments of up to $1,200 per individual and $500 per child. They have criticized Congress‘ failure to put more money in Americans‘ pockets for months during health and economic crises.

„In the midst of so much economic desperation, Congress cannot go on recess without providing this $1,200 emergency assistance to the American people in their time of need,“ Sanders said in a statement Thursday night in introducing the amendment that he and Hawley hope the Senate will attach to the funding measure.

Meanwhile, NBC News reported that Republican Sens. Rick Scott of Florida and Mike Braun of Indiana want to tie a bill to end government shutdowns to the one-week funding measure.

It is unclear now whether any of the lawmakers will actually delay the spending bill’s passage and let funding lapse.

The Senate cleared one potential hurdle when Sen. Rand Paul, R-Ky., told reporters he would not hold up the appropriations bill. He delayed passage of the annual National Defense Authorization Act by a day over concerns about its $740 billion cost and a provision that would limit the president’s power to pull troops from overseas.

A prior protest from Paul led to a brief shutdown in 2018.

Passage of the spending measure would only keep the government running for another week. Appropriators have failed to come to a final agreement on a plan to fund the government through Sept. 30, 2021, but congressional leaders have said they hope they can do so before next week.

Republicans and Democrats previously agreed on a $1.4 trillion overall price tag for a full-year spending package.