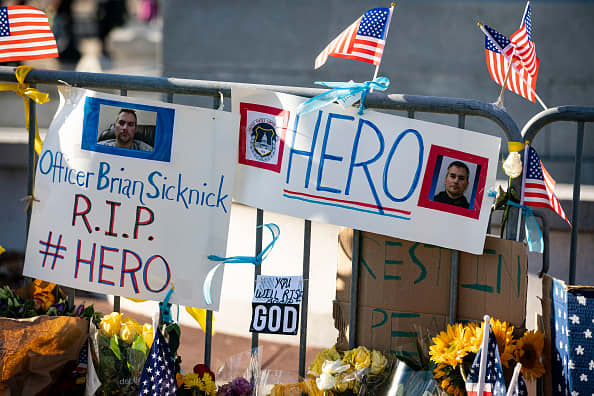 A retired Pennsylvania firefighter was arrested and charged Thursday with crimes related to the Jan.6 Capitol riot, where he allegedly hurled a fire extinguisher that struck three Capitol police officers in their heads.

Robert Sanford, 55, was identified by a friend as the man on a widely seen video tossing the extinguisher into a group of police surrounded by a wild mob President Donald Trump’s supporters in front of the Capitol, authorities said.

The cops hit in the head did not include Officer Brian Sicknick, the cop who died after a day after being beaten by rioters.

The friend told the FBI on Tuesday that Sanford, who recently retired from the Chester Fire Department, informed him that he was being sought as the assailant on the video, according to a document released by the U.S. Attorney’s Office in Washington.