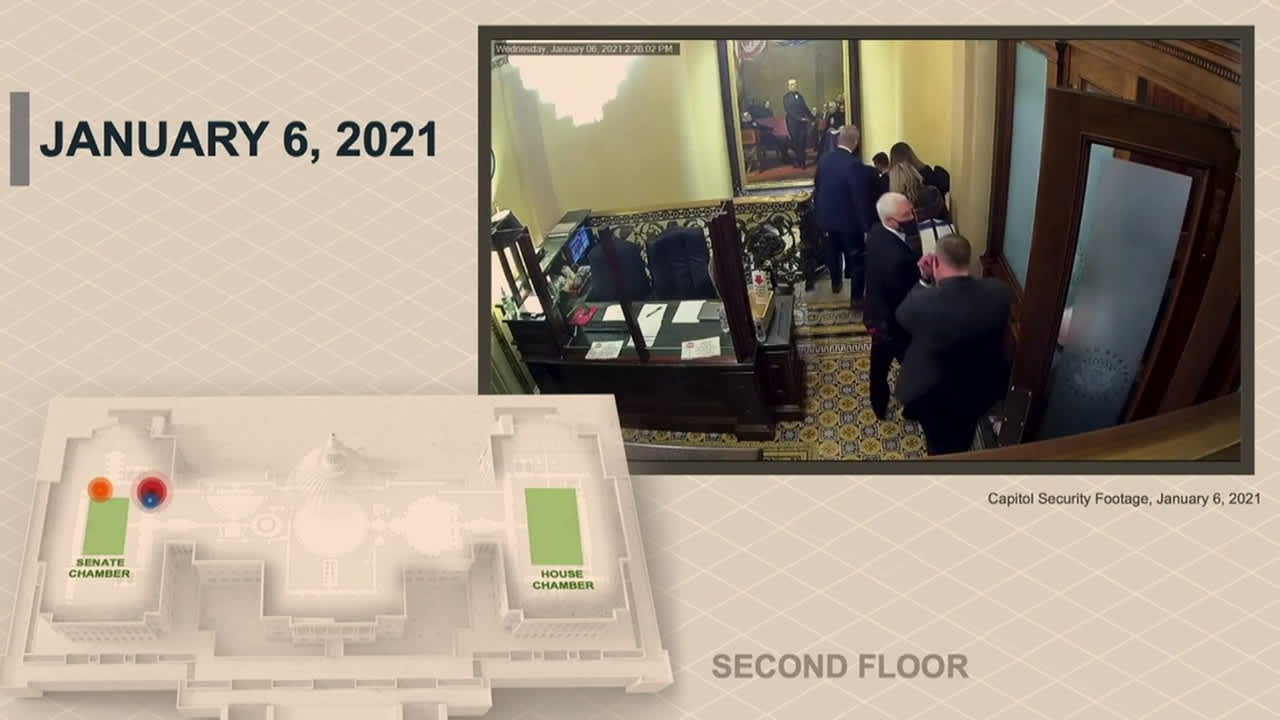 House impeachment managers on Wednesday used graphic video and audio clips — some of which they said had not been publicly released — to recreate the moments when a pro-Trump mob stormed into the Capitol on Jan. 6.

It came during a day when House impeachment managers presented their case that former President Donald Trump incited an insurrection against the government, in front of lawmakers who both lived through the attack and will decide whether to convict the former president of causing it.

„President Trump put a target on their backs, and his mob went into the Capitol to hunt them down,“ Plaskett said in closing her presentation.

Video shows the initial moments when Trump supporters start to break through barricades and approach the Capitol, while a few scattered police officers throw punches but fail to hold them back. Police can be heard on previously unreleased radio logs calling for reinforcements amid „multiple law enforcement injuries.“

One officer describes rioters „throwing metal poles at us.“ Another says, „They’re starting to throw explosives“ or „fireworks material.“

When rioters reach the Capitol, they pound at windows and kick doors. One man breaks a window with a riot shield, and the mob starts to pour in through the opening. A rioter carries a Confederate flag into the Capitol.