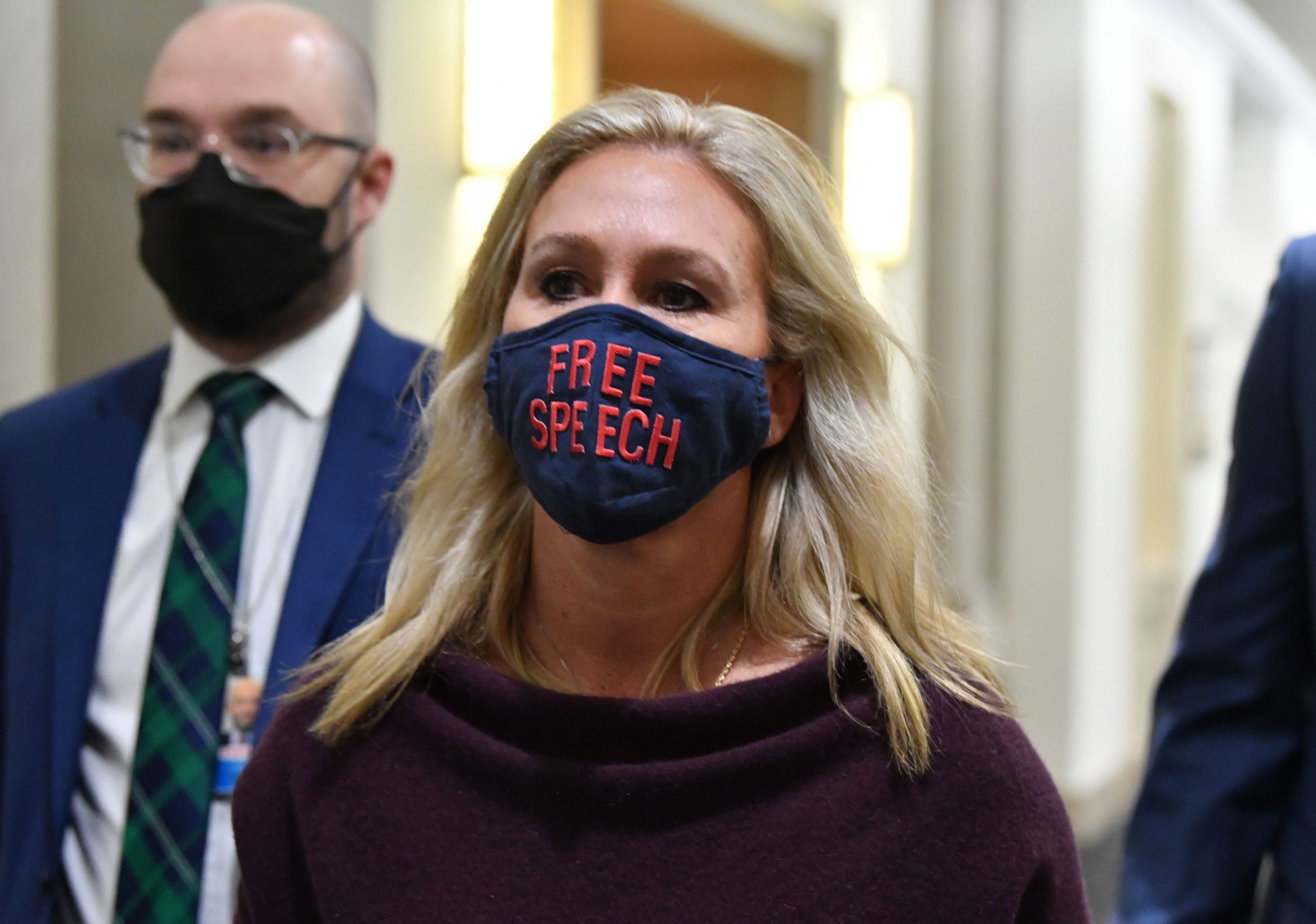 The House voted Thursday to strip Rep. Marjorie Taylor Greene, R-Ga., of her committee assignments as punishment for a laundry list of extreme views and conspiracy theories she promoted before taking office.

The vote passed by a margin of 230-199, with 11 Republican members siding with the Democratic majority. No Democrats voted against the resolution.

It passed just a few hours after Greene took to the chamber floor to express regret for some of the fringe views she had peddled, including the pro-Trump QAnon conspiracy. She did not offer an apology.

House Minority Leader Kevin McCarthy, R-Calif., had hoped to avoid the vote, which forced Republicans to take an on-the-record stance on the resolution aimed at condemning Greene’s conduct.

While few if any GOP members had openly defended Greene’s most controversial remarks — such as reportedly indicating support for executing top Democrats — some Republicans had argued against the process, warning that Democrats‘ efforts to censure Greene would set a dangerous precedent. Other Republicans opted to attack Democrats for refusing to censure their own members who have made incendiary statements in the past.

But Democrats maintained that Greene’s conduct puts her in a category of her own, requiring her removal from the Budget Committee and the Committee on Education and Labor.

„When a person encourages talk about shooting a member in the head, they should lose the right to serve on any committee,“ Rules Chairman Jim McGovern, D-Mass., said Wednesday before his committee approved the resolution to kick Greene off the committees.

Greene before being elected had promoted a litany of other radical conspiracies and extreme statements. She reportedly expressed skepticism for the conspiracy theory that a plane did not hit the Pentagon on Sept. 11, 2001. She reportedly suggested that some school shootings had been staged, and mocked a survivor of the Parkland, Florida, school massacre. Media outlets also reported that Greene in 2018 had suggested that wildfires in California had perhaps been caused by laser beams.

McCarthy spoke with Greene in a closed-door meeting Tuesday night. He then proposed to Democrats that the GOP would strip Greene of her Education Committee assignment if she could remain on the Budget Committee, NBC News reported. Democrats rejected that offer.

„To do nothing would be an abdication of our moral responsibility to our colleagues, to the House, to our values, to the truth and to our country,“ House Majority Leader Steny Hoyer, D-Md., said on the floor before the final vote Thursday night.

„Yesterday, the Republican Conference chose to do nothing. So today, the House must do something,“ Hoyer said.