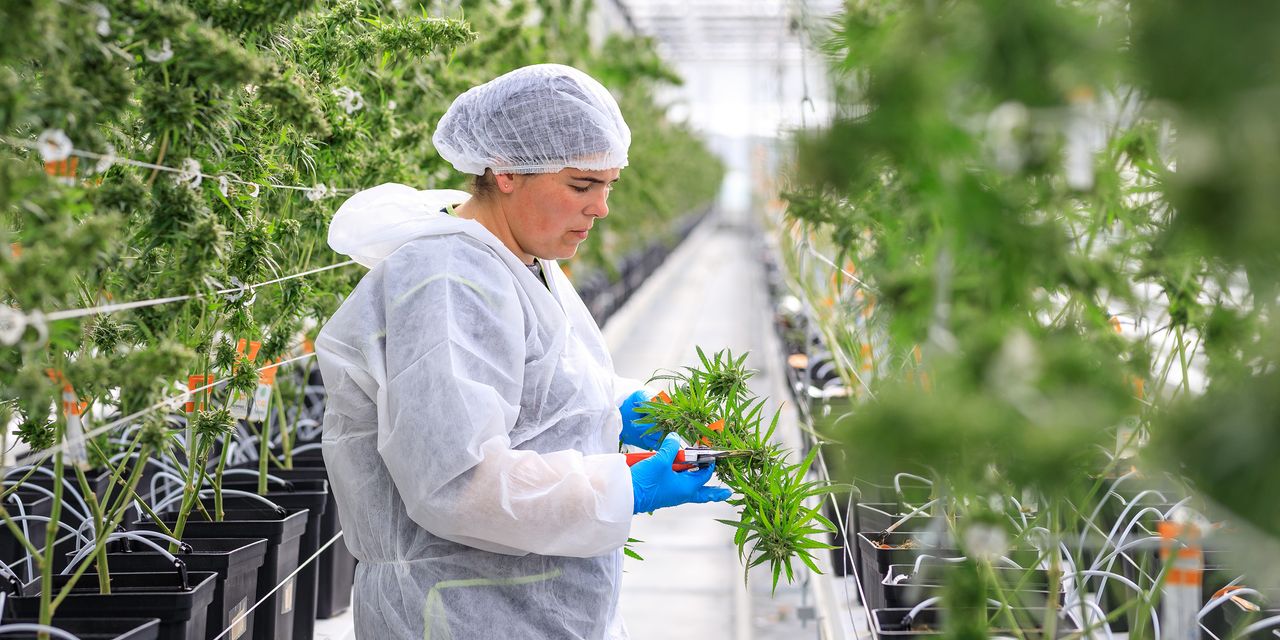 Tilray (ticker: TLRY) reported a fourth-quarter net loss of $2.9 million, or two cents a share. Wall Street’s consensus estimate called for a net loss of 14 cents a share, according to FactSet. The company’s sales of $56.6 million edged out estimates for $56 million.

The company’s recreational pot sales grew 49% year-over-year to $25.3 million. International medical sales jumped 191% to $11.7 million, while medical sales in Canada were up 26% to $4.2 million. Total cannabis revenue, which does not include $15.3 million in the hemp category, hit $41.2 million.

Tilray stock has swung up and down in the past week after users on Reddit’s WallStreetBets forum began posting about marijuana stocks. Tilray is expected to close a combination with

“Amid an acceleration of regulatory changes and an increasingly-favorable political environment, our proposed merger with Aphria will position the combined company as a global leader with lowest cost of production, leading brands, a well-developed distribution network, and unique partnerships,” current TIlray CEO
Brendan Kennedy
said in the earnings release. Aphria CEO
Irwin Simon
will become CEO of the combined entity, while Kennedy will become chairman.

Kennedy pointed to more than 100 million Canadian dollars (US$78.7 million) in expected pre-tax synergies for the post-merger Tilray. “The aggregate impact of these value drivers provides confidence that the ‘new’ Tilray will generate significant value for stockholders,” he added.

Write to Connor Smith at connor.smith@barrons.com