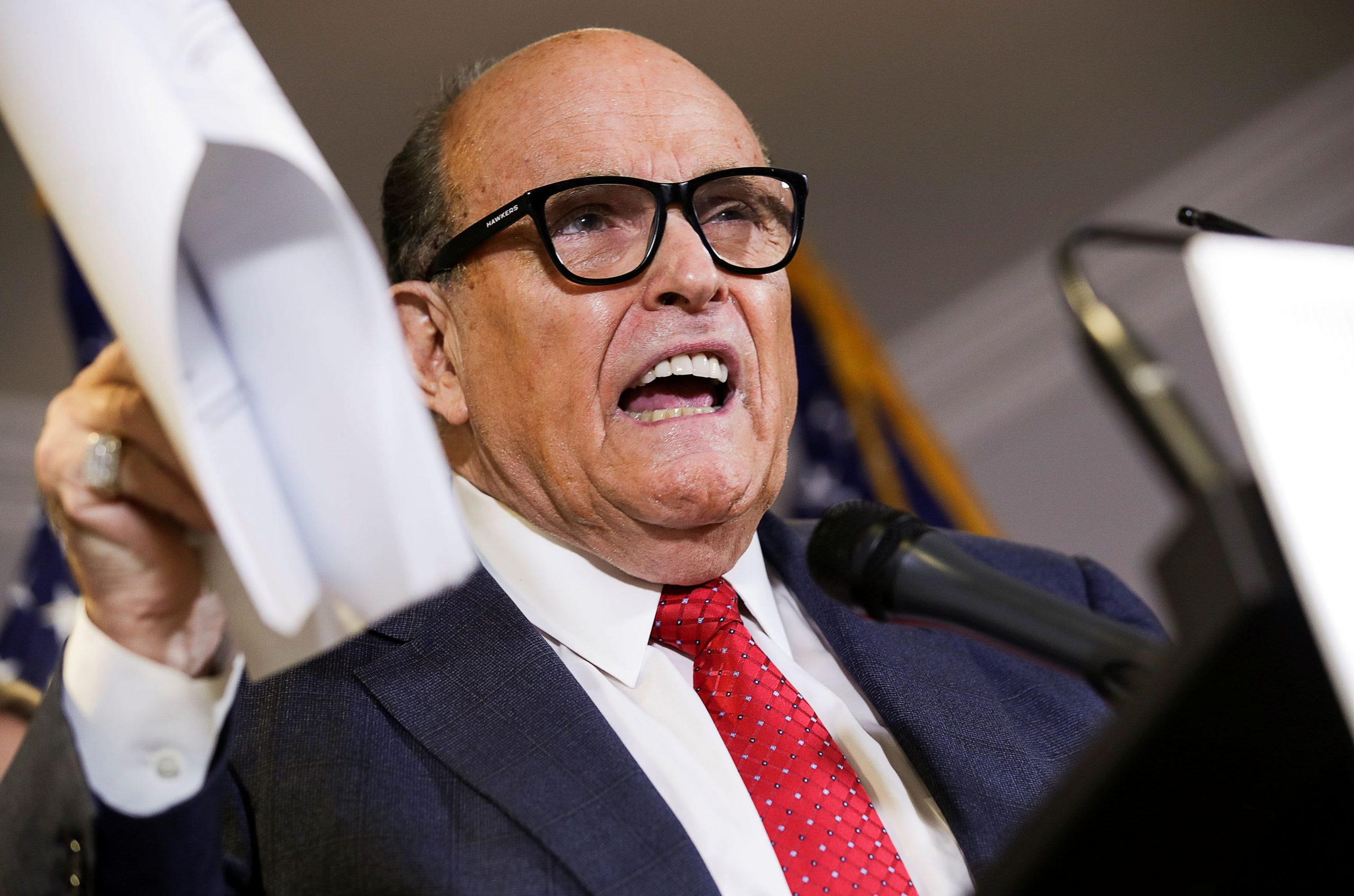 The legislatures of Arizona and Michigan said that they would postpone work as a result of a positive coronavirus test for President Donald Trump’s personal lawyer Rudy Giuliani, who appeared without a mask at information sessions hosted by Republican lawmakers from both states in the past week.

Arizona’s Senate and House on Sunday are closing for a week „out of an abundance of caution for recent cases and concerns relating to covid-19,“ according to a letter sent to lawmakers.

In Michigan, state Speaker of the House Lee Chatfield said the House would be in session on Tuesday, „but no voting will take place and attendance will not be taken.“

„Multiple representatives have requested time to receive results from recent COVID-19 tests before returning to session, out of an abundance of caution,“ Chatfield said in a statement.

The moves came in reaction to Trump’s announcement Sunday on Twitter that Giuliani, who had been leading the president’s last-ditch, long-shot efforts to reverse Joe Biden’s win in the presidential race, had tested positive for the coronavirus.

The former New York City mayor and top federal prosecutor on Monday was at MedStar Georgetown University Hospital in Washington, D.C., with mild symptoms, according to a source who spoke to NBC News.

Giuliani had appeared, without a mask and without observing social distancing guidelines, at events hosted by GOP lawmakers in Arizona and Michigan in the days before his diagnosis.

At those events, Giuliani and others promoted baseless claims of fraud, which they alleged swindled Trump out of electoral victories in Arizona and Michigan, as well as in other states that Biden won.

„The Mayor did not experience any symptoms or test positive for COVID-19 until more than 48 hours after his return,“ the campaign said. No legislators in any state or members of the press are on the contact tracing list, under current CDC [Centers for Disease Control and Prevention] Guidelines.“

„Other team members who are defined as having had close contact will be following their physicians‘ directives and CDC guidelines on self-isolation and testing.“

„I just spoke to him. No temperature. He actually called me early this morning. It was the first call I got,“ said Trump, who in October was hospitalized after testing positive for Covid-19.

Giuliani’s son, Andrew, who is a special assistant to Trump, tested positive for Covid-19 on Nov. 20, a day after attending a crowded press conference in Washington led by his father and Jenna Ellis, a senior legal advisor to the Trump campaign.

Neither the elder Giuliani, nor Ellis or another campaign legal advisor, Boris Epshteyn, wore masks or socially distanced during that press conference. Epshteyn tested positive for coronavirus six days after the press conference.

Giuliani had assumed leadership of the Trump campaign challenge effort after the original boss, David Bossie, tested positive for Covid-19.

All of the campaign’s legal efforts and those of Trump allies have failed to invalidate any votes for Biden, who is projected to win 306 votes in the Electoral College when it meets Dec. 14.

To win the presidency, a candidate needs at least 270 electoral votes.