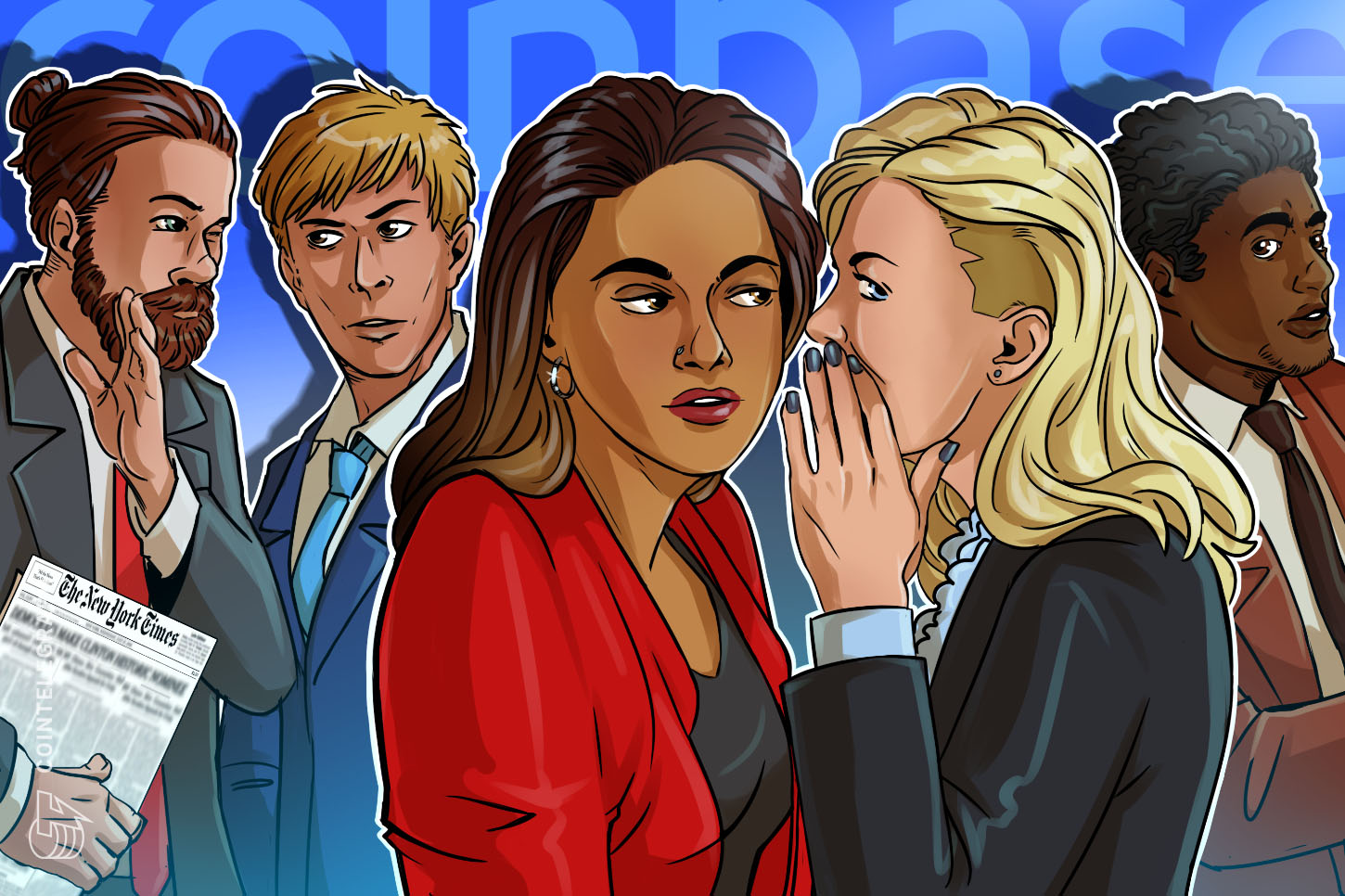 San Francisco-based crypto exchange Coinbase may have had a problem with paying its employees fairly based on gender and race.

According to a report from The New York Times journalist Nathaniel Popper, Coinbase paid salaried Black employees roughly 7% less than people in similar positions, based on payroll data from 2018. Across the company, this averaged out to a difference of $11,500. When factoring in the firm’s stock options, the gap between white and Black employees‘ compensation at Coinbase was closer to 11%.

The report also alleges a pay disparity by gender. For example, male level-one managers at Coinbase earned 20% more than their female peers. On average, women at the crypto firm were paid 8%, or $13,000, less than their male counterparts in 2018.

“The pay disparities at Coinbase appear to be much larger than those in the tech industry as a whole, and at the few other tech companies that have had to release data,” wrote Popper.

Coinbase chief people officer L. J. Brock was quick to respond to the allegations. In an internal company email posted to the Coinbase blog today, the firm claims that it had done „significant work to ensure [Coinbase’s] pay-for-performance philosophy is transparent and fair“ since 2018. He said that „all eligible employees“ received at least a 3% increase in compensation in early 2019 and that employees‘ pay targets were made transparent later that year. The email also reported that the number of staff at the crypto firm has grown from 830 in 2018 to more than 1,000 in 2020.

“Coinbase is committed to ruthlessly eliminating bias in all our internal processes,” states the company blog. “We also recognize that it is best practice to regularly check our work, and while pay equity is critical at any stage of maturation, we believe that we have implemented the framework to ensure we are driving equitable outcomes.”

The exchange has been in the spotlight for issues concerning race before. In October, CEO Brian Armstrong said the company would adopt an “apolitical culture,” offering exit packages to any employee who disagreed with the policy. Armstrong said that 60 staff members planned to leave in response to the announcement, roughly 5% of Coinbase’s workforce at the time.