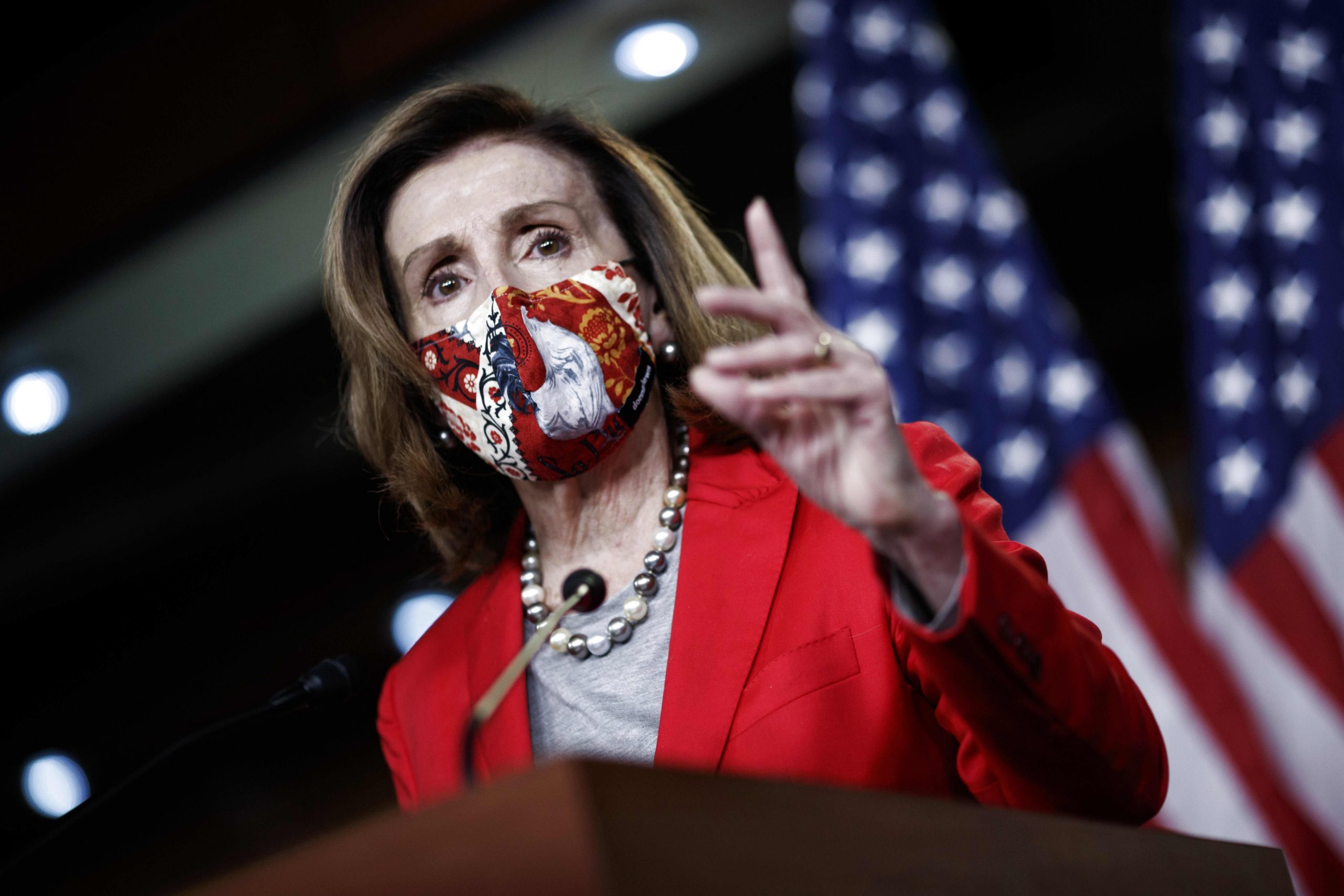 House Speaker Nancy Pelosi told the House to move ahead with impeachment if President Donald Trump does not resign after helping to stoke a mob’s deadly takeover of the U.S. Capitol, she said Friday.

„It is the hope of Members that the President will immediately resign,“ the California Democrat said in a statement after a call with her caucus. „But if he does not, I have instructed the Rules Committee to be prepared to move forward with Congressman Jamie Raskin’s 25th Amendment legislation and a motion for impeachment.“

The House Rules Committee is expected to expedite impeachment proceedings without committee hearings or votes. Those steps would slow down the process only days before Trump will leave office on Jan. 20. The separate bill Pelosi referenced, drawn up by Rep. Jamie Raskin of Maryland, would set up a commission as part of the formal steps Vice President Mike Pence and the Cabinet could take to remove Trump from office.

The president has given no indication he will consider stepping down. The vice president reportedly opposes invoking the 25th Amendment.

The House has prepared to impeach Trump an unprecedented second time after the president’s supporters stormed the Capitol on Wednesday and delayed Congress‘ formal count of President-elect Joe Biden’s election win. At least five people, including a U.S. Capitol Police officer, died as a result of the attack on the legislature.

Raskin and Reps. David Cicilline, D-R.I., and Ted Lieu, D-Calif., plan to introduce at least one article of impeachment on Monday related to Trump inciting the riots, NBC News reported.

Trump spoke to his supporters before they marched on the Capitol, spouting conspiracy theories that widespread fraud cost him the election. He lied to them about the results for two months before he acknowledged Thursday that a „new administration“ would take power.

A draft article of impeachment obtained by NBC News titled „Incitement of Insurrection“ charges that Trump „engaged in high Crimes and Misdemeanors by willfully inciting violence against the Government of the United States.“ It continues to state that Trump „threatened the integrity of the democratic system, interfered with the peaceful transition of power, and imperiled a coordinate branch of government,“ betraying „his trust as President, to the manifest injury of the people of the United States.“

The article’s content could change before Monday. In a tweeted statement, Lieu said the measure has more than 150 cosponsors. He added that „doing nothing is not an option.“

Rep. Katherine Clark of Massachusetts, the fourth-ranking House Democrat, earlier told CNN that the chamber could move to impeach Trump „as early as mid-next week.“

Democrats have called for Trump’s removal as they warn he could further degrade democratic institutions or put more lives at risk during his final days in office.

In a statement Friday, White House spokesman Judd Deere said impeaching „a President with 12 days remaining in his term will only serve to further divide our great country.“

Your 401(k) Could Soon Offer Annuities for Lifetime Income