Your 401(k) Could Soon Offer Annuities for Lifetime Income 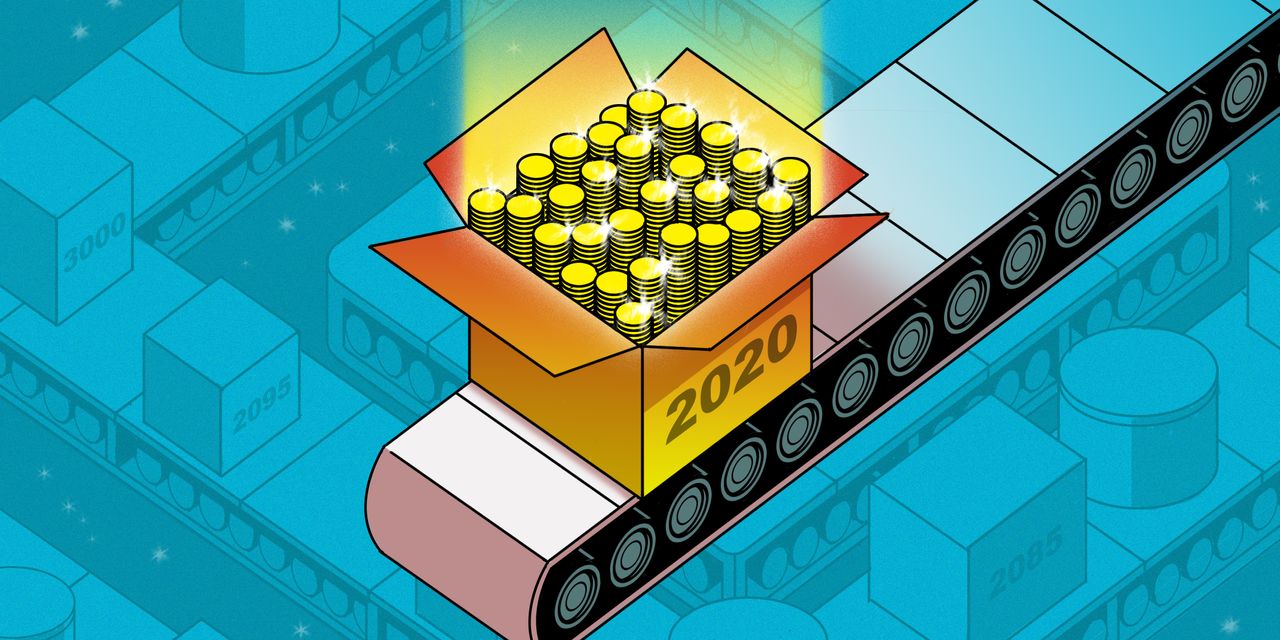 Target-date funds are about to undergo a major face-lift. These asset-allocation funds in your 401(k), with end dates like 2030 or 2040 to match your expected retirement, will soon add more unusual investments—annuities and perhaps even private equity—to their stock/bond portfolio mix.

The biggest fund companies have been working for years to come up with a retirement income product that rivals annuities, which are insurance products. Now, thanks to recent regulation, they don’t need to. According to a survey of the largest target-date fund managers published in December by financial research firm Cerulli Associates, some 92% of target-date management firms expect that a deferred-income annuity allocation will be part of target-date investments in the future. Deferred-income annuities are insurance contracts in which the buyer gives an insurer a lump sum in exchange for guaranteed lifetime income that begins at a later date.

Theoretically, annuities are a sensible addition to target-date funds. For decades, the U.S. government and the financial-services industry have been trying to fix 401(k) plans because many employees don’t save enough and run out of assets. Like Social Security, lifetime annuity income would alleviate that.

The shift is coming now because of the 2019 passage of the Secure Act, which encourages annuity additions by reducing 401(k) plan sponsors’ potential legal liability for partnering with an annuity provider. It also allows greater portability of annuities. “Say you change employers, and your new employer’s plan does not [allow] that annuity,” says Shawn O’Brien, a Cerulli retirement markets analyst. “You can roll it over into an [individual retirement account]—ideally that annuity provider’s IRA—penalty-free and without the tax liability of terminating your annuity contract.”

Though they aren’t yet available in any 401(k)s, both

Yet these aren’t mutual funds, but collective investment trusts, or CITs, institutional investments available only through 401(k)s and other qualified retirement accounts. The CIT is an increasingly popular structure for portfolios in 401(k) plans, and 40% of the some $2 trillion in target-date strategies is in CITs.

“We have about $45 billion in target-date mutual funds and about $200 billion in [target date] CITs,” says Nick Nefouse, BlackRock’s head of LifePath strategies. Because CITs aren’t regulated like mutual funds, there are fewer legal hurdles for including annuities. “I am laser-focused on LifePath Paycheck in collective investment trusts,” says Nefouse. “Once we’re close to getting that done, we’ll shift to mutual funds.”

Both BlackRock and Wells Fargo are working on getting 401(k) plan sponsors to adopt the new products—a tough endeavor, as sponsors move slowly in this highly regulated arena. Yet interest in guaranteed-income investments has spiked because of 2020’s volatility, according to Cerulli.

BlackRock has been trying to simulate lifetime-income strategies since at least 2014, with a series of CoRI target-date funds, such as

(BCZAX), that provide employees with an estimated amount of retirement income for life if they follow BlackRock’s CoRI retirement calculator’s savings recommendations. Yet such estimates aren’t the same as an annuity’s guarantee, and don’t address longevity risk—that someone lives much longer than the statistical average in retirement calculations.

The new LifePath Paycheck will be paired with lifetime-income annuities underwritten by the Equitable Financial Life Insurance and Brighthouse Life Insurance companies. When its investors reach age 55, the CIT will begin shifting as much as 30% of the overall portfolio from bonds to what Nefouse calls “lifetime income units,” which are “liquid,” or tradable; modeled on BlackRock’s CoRi’s allocation strategies; and represent the CIT’s underlying group annuity contracts. After age 59½, which is the 401(k) minimum retirement age, investors can convert their group annuity contract into an individual annuity contract for which they will start receiving lifetime income immediately.

Historically, high fees and a lack of transparency have plagued the annuity industry. But much of that bad reputation has been for annuities sold to individual investors with high commissions. BlackRock is the largest asset manager in the world, and famous for its low-cost index exchange-traded funds. “Our institutional target-date funds generally have investment management fees of about [0.1%] or less,” says Nefouse. Although fees haven’t been disclosed yet, the annuities that BlackRock will offer via 401(k) target-date products will be institutionally priced with no commissions, he says.

Yet opacity and complexity are still problems. The situation isn’t helped by the fact that managers can structure their annuity target-date products very differently. Wells Fargo’s Retirement Income Solution employs a Qualified Longevity Annuity Contract, or QLAC, structure that requires a smaller allocation in the CIT—15%—than BlackRock’s, but the annuity pays income only after the investor reaches age 85. If the investor dies before that age, his or her heirs get the entire premium paid for the annuity. “One of the reasons for using the QLAC is that, relative to the rest of the portfolio, the annuity is more expensive,” says Nate Miles, head of retirement at Wells Fargo Asset Management. “So, by pushing the date out and minimizing the allocation, we can minimize the impact of that higher cost.”

High costs, opacity, and illiquidity are also problems that plague the private-equity sector, yet some 30% of managers in the Cerulli survey said they would consider offering that option or are actively looking into it after the U.S. Department of Labor issued a letter approving of such investments in 401(k)s last June.

While Nefouse says annuities in 401(k)s are imminent, private equity is still in its early days: “Think about target-date funds not in 2020 or 2021, but in 2035,” he says. “There’s going to be an evolution that is going to be absolutely great.”

Whether target-date investors will feel the same way remains to be seen.