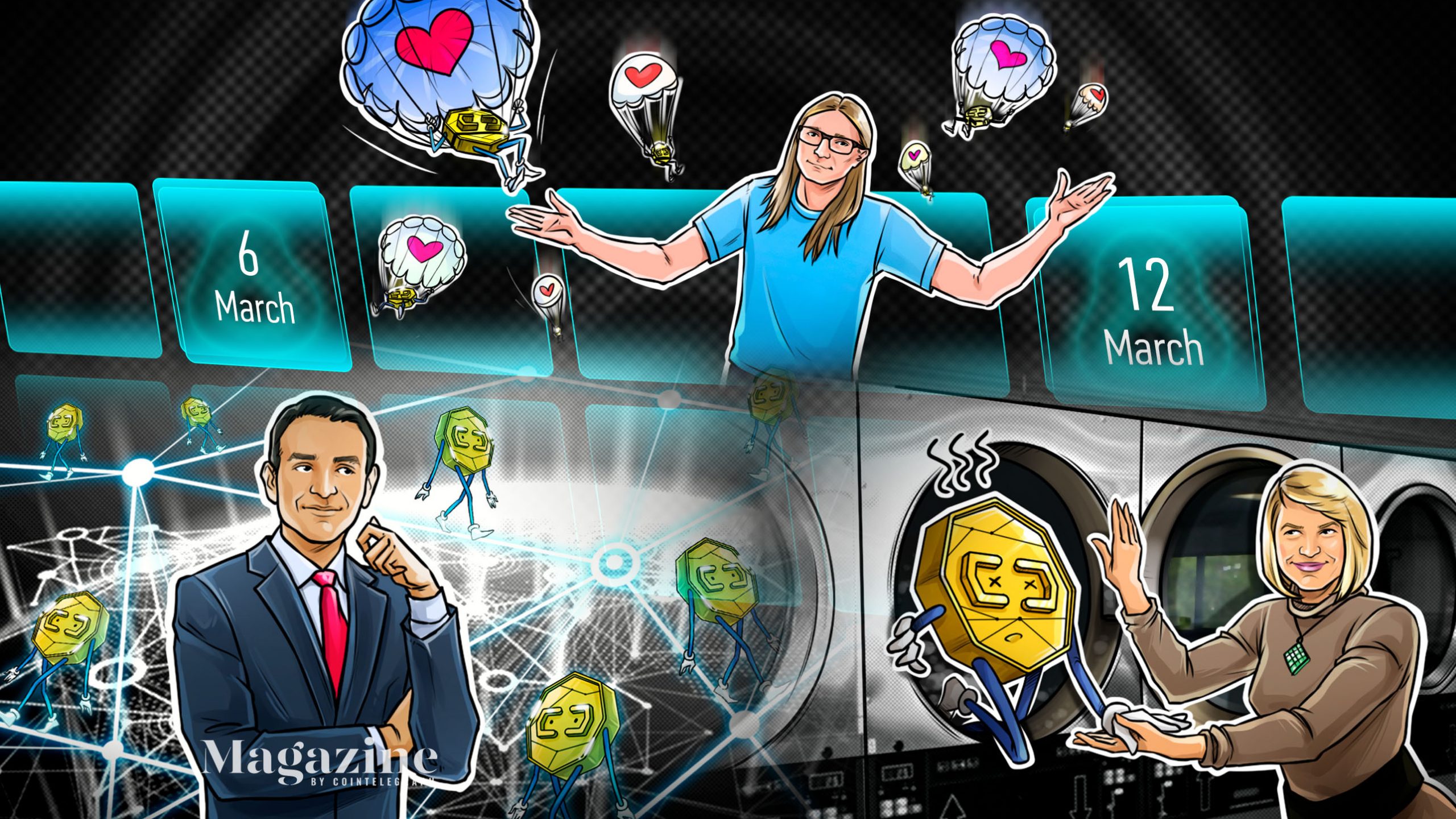 While many in the crypto community previously feared the worst regarding regulation, President Joe Biden on Wednesday signed an executive order on digital assets that had a relatively favorable approach to the crypto sector.

While the order didn’t explicitly outline the scale of regulatory measures that could be expected, the general sentiment from the U.S. federal government appeared to be constructive as opposed to stifling.

A BCV representative emphasized to Cointelegraph that the fund will be used to back entrepreneurs developing the next generation of open Web3 internet infrastructure:

“We believe this seismic shift will be one of the most important technological developments since the advent of the web and will require a new type of investment firm – one that can support the needs of the founders and the ecosystem from ideation through scale.”

Many Crypto.com users were reporting on Wednesday that the platform was giving them until March 15 to pay down their crypto loans or face liquidation to recoup the borrowed value of the assets. Users from nations such as Germany, Switzerland and the U.K. were notified via email after Crypto.com updated the list of countries barred from its loan program. This list now includes the United States and 38 other counties.

The sudden policy change left customers anguished and in disbelief, with many claiming that the exchange‘s recent splurge on advertisements and marketing has started to take a toll on its balance sheet. Crypto.com has not yet responded to Cointelegraph‘s requests for comment.

Sanctions on Russia and Belarus will include crypto — European Commission

The European Commission stated on Wednesday that its latest sanctions on Russia and Belarus would also extend to crypto assets, with member states agreeing that the amended crackdowns will ensure “even more effectively that Russian sanctions cannot be circumvented, including through Belarus.”

The expanded sanctions came after the commission announced last month that it would be booting several Russian banks from the SWIFT cross-border payment network.

Under the crypto-related sanctions, digital assets fall under the scope of “transferable securities,” while loans and credit provided via crypto will not be permitted as part of these restrictive financial measures.

Suk-yeol’s pro-crypto stance appeared to be a breath of fresh air to the majority of citizens, especially among the younger crowd, after outgoing president Moon Jae-in actively worked to crack down on the space last year.

“To realize the unlimited potential of the virtual asset market, we must overhaul regulations that are far from reality and unreasonable.” 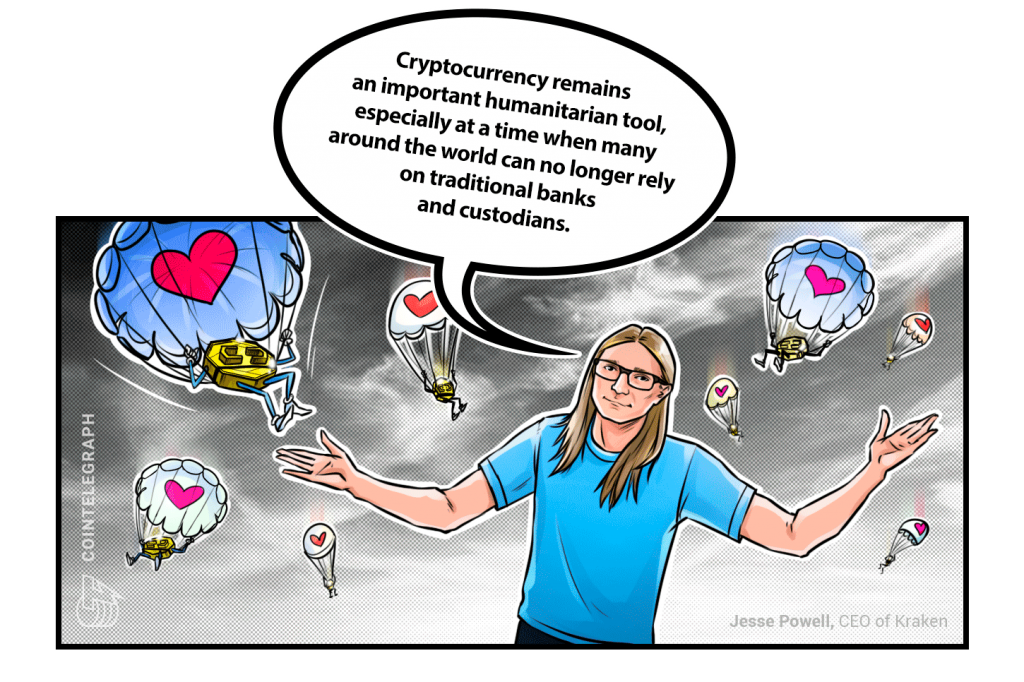 “The more I learned, the more I realized we need this. This kind of money will help overcome so many issues. Not only is Bitcoin a tool for freedom, but the technology underpinning Bitcoin such as blockchain and decentralization will change Africa’s development.”

“Usually, a fan sits back and watches a game, follows on social media and maybe buys a jersey. NFTs give an opportunity for true engagement, ownership and in some cases, decision-making power. […] Just like we’ve seen with sports betting, NFTs are another lever for leagues to create additional engagement with fans and therefore another way to monetize IP.”

“We need to see Bitcoin as not maybe digital gold, but as a currency that doesn’t follow the whims of a central bank, but rather has a very finite quantity.”

“Cryptocurrency remains an important humanitarian tool, especially at a time when many around the world can no longer rely on traditional banks and custodians.”

“While I agree with the President’s desire to combat money laundering and defend America’s national security, I think his executive order misses the fact that the overwhelming majority of digital asset users are law-abiding and trying to make our financial system better.”

“We want to identify and invest in one or two targets in every economic sector and try to bring them into crypto.”

“In the U.S., where most people have access to traditional banking, crypto is often viewed as more akin to gambling than to investing. The space can also feel pretty intimidating from the outside looking in — things move so quickly, a lot of the lingo is new and confusing, and the way it’s portrayed in the media is overwhelmingly negative.”

“It makes much more sense to replace a resistive heater (like a space heater) with a Bitcoin miner, as both of them will turn electricity into heat, while the Bitcoin miner also generates Bitcoin.”

$40K Bitcoin price is in reach, but analysts warn that a sweep of recent lows is likely

Bitcoin had a week of indecisive price action filled with notable ups and downs. Inside the week, BTC visited lows below $37,500 and highs above $42,500, based on price data from Cointelegraph’s BTC price index.

Cointelegraph’s Jordan Finneseth wrote an article, published on Thursday, detailing a number of points regarding Bitcoin. Among other quotes and data, the article included a possible outcome explained by ExoAlpha chief investment officer and managing partner David Lifchitz.

Respected developer and Yearn.finance founder Andre Cronje deleted his Twitter account after he and his long-time colleague Anton Nell both stepped away from the crypto sector altogether.

Nell stated on Sunday that the duo will no longer contribute to the DeFi and crypto space moving forward, as he announced that they will be shutting down roughly 25 apps and services that they were operating.

The community reaction was mixed, with some sympathetic toward the duo needing a long-overdue break. However, others grabbed the pitchforks when crypto prices and total value locked (TVL) across DeFi started to tank.

“Was this a RUG? Nah. I see a developer who signed up to build but didn’t sign up for all the bullshit & drama that comes with it. He reached a tipping point where it wasn’t worth it for him anymore,” said The DeFi Edge on Twitter.

Pseudonymous online DeFi detective Zachxbt highlighted that 31 nonfungible token projects may be exposed to financial risk due to “suspicious code.”

Zachxbt initially pointed to NFT project The Starslab, which was allegedly compromised for 197.175 Ether. The detective quoted fellow pseudonymous blockchain investigator MouseDev, who noted, after reviewing the code behind The Starslab (which is prevalent in a lot of other projects):

“The smart contract [for this project] can never truly be renounced or transferred! Only an additional owner. The original deployer will always be considered the owner! […] This means if they still have the private key of the deployer, they can pull the money, even though the owner is the null address.”

John Albert Loar Barksdale and JonAtina “Tina” Barksdale, a brother and sister duo, were charged by the U.S. Securities and Exchange Commission (SEC) for allegedly defrauding over 12,000 “retail investors out of more than $124 million” via a scheme dubbed Ormeus Coin.

The U.S. Department of Justice also arrested John — who was described by the SEC as a “snake-oil salesman” — abroad and charged him with wire fraud, securities fraud and conspiracy, among other alleged crimes. According to court documents, the fraud allegations stem from two initial coin offerings in 2017. The Barksdales allegedly lied about “the size, value, and purported profitability of Ormeus Coin’s cryptocurrency mining assets” to garner capital from unsuspecting investors.

“We will continue to vigorously pursue persons who sell securities in schemes to defraud the investing public no matter what label the promoters apply to their products,” said Melissa Hodgman, an associate director for the SEC’s Division of Enforcement.

Manzi the magnificent: From millionaire at 16 to incredible IoT inventor

“Devices now, for the first time, can kind of open up and start talking to each other because of the technology that blockchain provides.”

Stablecoins have the possibility to become a promising alternative system amid global inflation, but they must be auditable to remain stable.

Crypto mining’s cost: How has hardware availability changed the industry?

Is accessible mining possible? How easy is it to buy mining equipment, and how can this happen affordably?