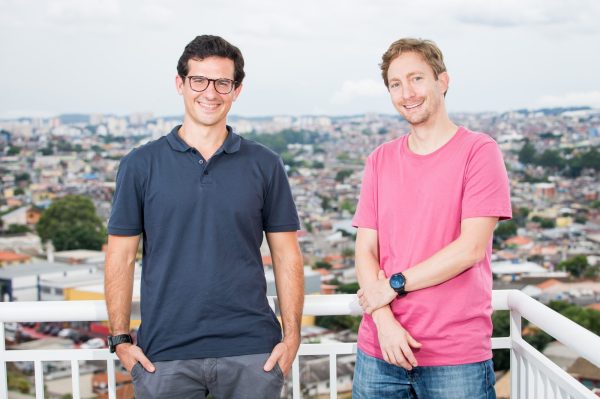 Mara, a São Paulo-based startup that aims to “reinvent” the grocery shopping experience for the underserved in Latin America, has raised $6 million in a funding round co-led by Canary and Caffeinated Capital.

This round caught my attention for a few reasons. For one, Mara was founded by Danilo Mansano and Ariel Lambrecht, the latter of whom was one of the co-founders of 99, a mobility startup that became the first unicorn in Brazil after being sold to Didi for $600 million in 2018.

Secondly, its mission is a noble one — to help the people who need it the most get better pricing on their grocery products. And third, its business model of going offline to acquire a customer is also unique and compelling (Bankaya in Mexico is another example of the latter).

Put simply, Mara wants to offer supermarket items at a wholesale price, with free next-day deliveries at a pickup point close to a user’s home. Its aim is to expand access to quality grocery products at wholesale prices in the region, starting with its home city of São Paulo. Because much of this population is of a lower-income demographic, downloading an app can be cost-prohibitive and difficult. So, Mara does not require users to download one, and rather offers them the ability to purchase products via a website, choose a delivery point and even pay when they pick up since many do not have a way to make online payments.

“It’s definitely worse in the outskirts in Brazil, meaning you have places that are very dense and people have less accessibility to many services,” Mansano said. “It does not make sense that in a wealthier area like the city center, we can actually buy items at a lower price than people in the outskirts, who are more price sensitive.”

Today, many members of this population travel long distances once a month to purchase goods at wholesale prices. Mara wants to, instead, bring the goods to them. It’s teaming up with local merchants, who not only serve as a pickup point, but help provide awareness about Mara’s service.

The idea is that any purchase can be picked up the following day within a maximum of 500 meters away from the user’s home, in commercial establishments such as bakeries, grocery stores and butcher shops.

“People will pick up their orders from places they already know and trust, paying directly at the store, without having to share their data on the internet,” Lambrecht said. “If there is a problem, the user can reach out to Mara on WhatsApp, in a conversation as simple as talking to a friend.”

The benefit for the merchant, they said, is twofold. First, it brings in a new source of revenue, with merchants receiving a commission for the sales they deliver — payments are made on the day of pickup, which can help boost cash flow for the business. Second, by encouraging visits to these locations, Mara believes it also brings “offline traffic” to the establishment, helping it to acquire new customers or gain recurrence.

The pair founded Mara — short for the word “maravilhoso(a), which means “marvelous” in Portuguese — in October of 2021 after having some professional history. Mansano also worked for 99, but prior to that, the two actually once worked at rival companies. Before joining 99, Mansano was the operations manager for Uber in Brazil. At the same time, 99 was launching a rival ride-hailing service, 99 Pop.

The co-founders also previously worked together at Yellow, a scooter and bike-sharing startup that Lambrecht founded that went on to raise $125 million. A mechanical engineer, Mansano also led the creation and expansion of delivery service 99 Food throughout Brazil, when the company was already under Didi’s control.

Interestingly, Mara is adopting an approach that Lambrecht said helped 99 grow. It is starting out focused on one area at a time, and making sure it is “gross margin break even” there before moving on to another.

“We follow a defined area and determine what’s the right cluster of business owners, and then we set a goal of providing on a daily basis a certain number of orders,” Lambrecht said. “Once we reach gross margin break even, we will launch an adjacent area. We want to control how fast we grow. Anyone doing last-mile logistics is suffering a lot, so we need to make sure we have a very dense model to expand.”

Its measured approach is refreshing in a world of a growth at all costs mentality.

“We had the opportunity to fail and learn a lot at 99,” Lambrecht told TechCrunch. “We’re not going in crazy growth mode before we find a solution that fits.”

The company believes that its approach is not only helping lower income populations, it can also help small producers and big brands improve logistics, inefficiency and predictability in selling their goods.

To that end, Mara says it has created a delivery system where all orders for a day are closed by midnight.

“We want to work as a ‘retail assembler,’ where all items are part of a super-organized supply chain,” said Mansano.

After all orders are closed, they are packaged and routed as trucks deliver them to the establishments. The idea is that logistics’ costs are lowered by concentrating several orders in one place. Mara offers free shipping for all orders and initially, at least, will use its team for deliveries. Later, the goal is for this system to transform into a network of partners.

“We believe that, with technology and creative product solutions, we can solve complex margin and supply chain issues for the industry,” said Lambrecht, who is also an active angel investor in LatAm startups. “We also want to provide massive access to food and quality products for the entire LatAm population, starting from Brazil.”

The company plans to use its new capital to build out its team, product and technology. Presently, it has 15 employees, with the goal of growing to 100 people, who would focus on logistics, purchasing and technology. Mara is currently running a pilot in some neighborhoods in the East Zone of São Paulo, the most prominent Brazilian city. This month, the company intends to inaugurate its first warehouse and office in the city.

“Their experience is unique to the LatAm ecosystem, as is their vision to build a business that will eventually help both the supply and the demand sides of the chain,” Toledo told TechCrunch. “They are also very skilled entrepreneurs, able to attract the best talent available, with a long-term vision for the market.”

Meanwhile, he estimates that the grocery retail market in Brazil alone is valued at $1 trillion.

“We believe that Mara has the chance to not only generate great business opportunities but also to have a profound impact on the Brazilian population, giving the underserved access to quality products,” he said.

A number of angel investors also participated in the financing.