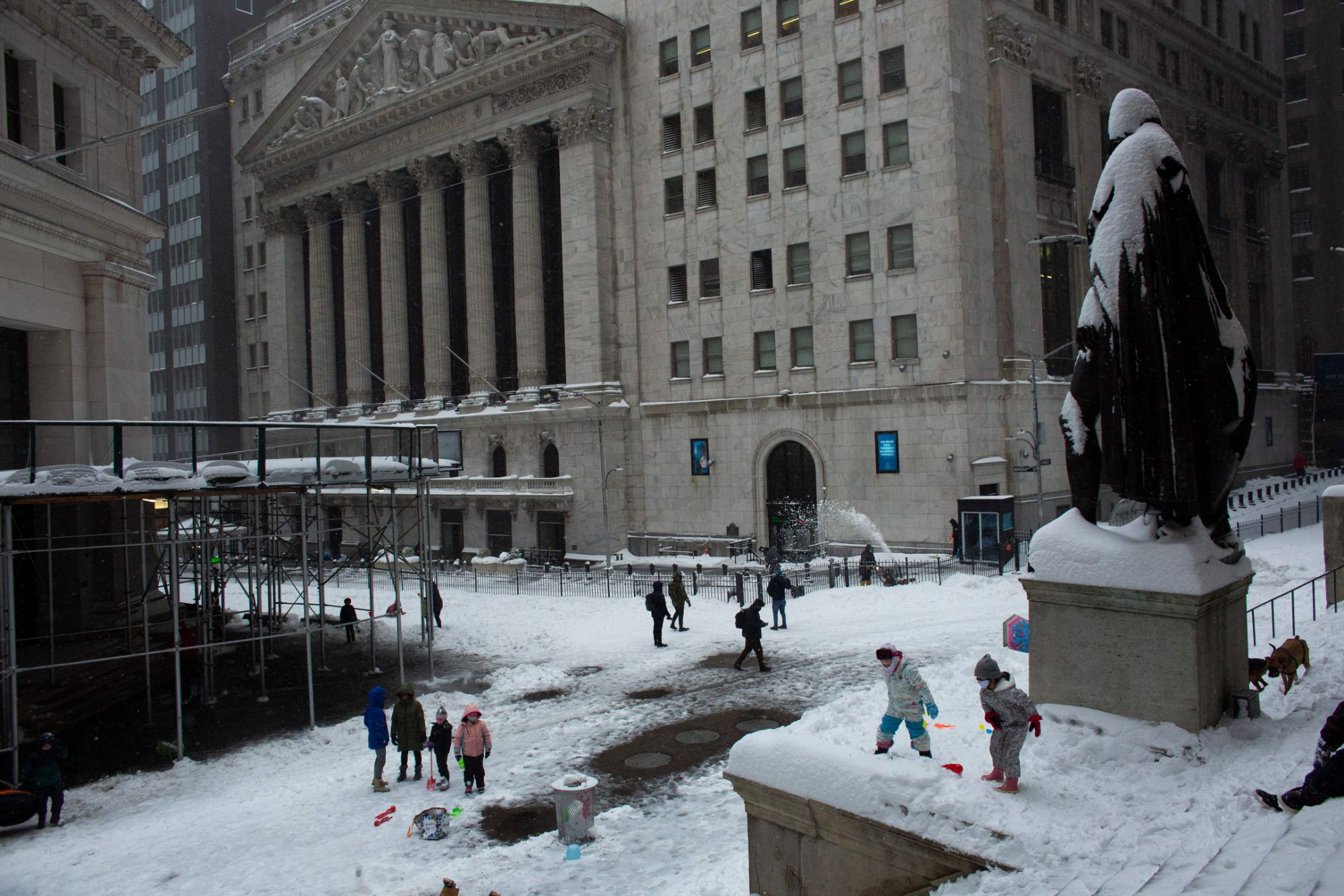 Stocks opened mixed on Wednesday as investors digested a series of corporate earnings results and incrementally more positive news on both the vaccine and stimulus fronts out of Washington.

The S&P 500 and Nasdaq each rose, while the Dow sank as shares of Amgen (AMGN) sank after reporting a disappointing full-year outlook.

The three major indexes ended higher for a second straight session on Tuesday, and the Dow posted its best single-session gain since November. The rally came alongside a precipitous decline in shares of some of the stocks that had been highly popularized on the Reddit forum r/wallstreetbets last week, including GameStop (GME), which more than halved on Tuesday to $90 per share, and AMC Entertainment (AMC), which sank by more than 40%. Both stocks stabilized in pre-market trading.

Shares of mega-cap tech stocks advanced, helping buoy the S&P 500 and Nasdaq. Amazon’s stock (AMZN) rose more than 1%, as investors considered the company’s record quarterly results alongside the announcement that CEO Jeff Bezos would be stepping down from his role later this year, with Amazon Web Services chief Andy Jassy set to replace him. And shares of peer Big Tech giant Alphabet (GOOG, GOOGL) increased more than 7% after reporting fourth-quarter advertising revenue that rebounded strongly from earlier in 2020.

Meanwhile, discussions for additional fiscal stimulus carried on in Washington, D.C. The Senate narrowly voted on Tuesday to open debate for a budget resolution for the 2021 fiscal year, with an eye toward advancing additional coronavirus relief aid with a simple majority instead of the 60 votes needed for most legislation in the chamber.

More upbeat news on the vaccine front also emerged from the Biden administration. The White House is now set to begin shipping COVID-19 vaccines directly to retail pharmacies in addition to continuing with deliveries to states, in a move that will raise the weekly supply of shots by 1 million to 11.5 million.

Still, amid this week’s gains, some strategists have adopted a more cautious view on equities, which have marched higher against a backdrop of rising speculative investing and an ongoing pandemic.

“I’m a bit concerned that we are due for some sort of digestion of gains,” Sam Stovall, CFRA Equity Research Strategist, told Yahoo Finance on Tuesday. However, he maintained his year-end price target of 4,080 for the S&P 500. And most strategists on Wall Street have echoed the view that stocks will ultimately end 2021 higher.

Others also noted that the apparent euphoria in markets may warrant some pause.

“One thing that keeps the rallies healthy is when you have a degree of fear in the market. And when you look at how the activity has moved to this point with Wall Street Bets … it shows that there is just a lack of concern, a lack of fear that investors of all kinds can essentially move with impunity,” Jeff Yastine, WealthPress senior investment strategist, told Yahoo Finance. “And just my instinct at times like that … is to draw back a bit and say, maybe you shouldn’t get so comfortable.”

The January PMI came in at 58.7, up from the 57.7 reported for February, the Institute for Supply Management said Wednesday. This was above consensus economist expectations for a print of 56.7, according to Bloomberg data. Readings above the neutral level of 50 indicate expansion in a sector.

Plus, the company forecasted full-year revenue of 9.01 billion euros to 9.41 billion euros for the 2021 fiscal year, missing estimates even on the high end for 9.63 billion euros. The company also said it anticipates monthly active users for 2021 will come in between 407 million and 427 million, topping the median estimate for about 411 million.

Meanwhile, drug-maker Amgen (AMGEN) posted fourth-quarter adjusted earnings of $3.81 per share, growing these over last year and beating estimates for $3.34 a share. Revenue of $6.63 billion increased by 7% and topped estimates for $6.55 billion, driven by a 27% increase in sales of the cardiovascular treatment Repatha.

Here were the main moves in markets shortly after the opening bell:

U.S. private employers added back far more jobs than expected in January, returning to growth even as the coronavirus pandemic and winter weather exerted pressure on hiring. Private payrolls increased by 174,000 in January, ADP said in its closely watched monthly jobs report on Wednesday. Consensus estimates was for a 70,000 increase, according to Bloomberg data.

Here’s where markets were trading Tuesday evening as overnight trading kicked off: