This Is The Ultimate Donald Trump Stock: Is DWAC A Buy As Truth Social Launches? 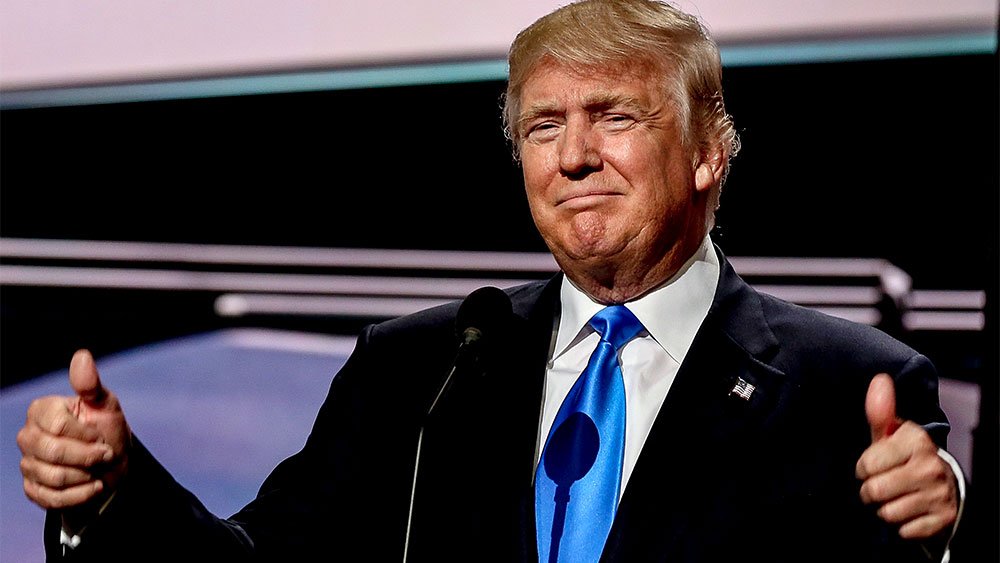 Donald Trump is one of the world’s most famous businessmen, but his companies have usually been privately held. Now investors have the chance to throw their lot in with the former president of the United States through Digital World Acquisition (DWAC). The stock has been boosted by the launch of the Truth Social app.


The special purpose acquisition company (SPAC) is being used as a vehicle to take the Trump Media & Technology Group public. When the merger is complete it is likely to trade on the Nasdaq under the ticker „TMTG.“ The intended time frame for merger completion has not been publicly disclosed, though it is expected to close later in 2022 if it passes regulatory muster.

Trump has boasted that he will offer a „Big Tent“ platform as he attempts to take on technology giants such as Twitter (TWTR) and Facebook parent Meta Platforms (FB). But it has some regulatory hurdles to overcome.

So, is the ultimate Donald Trump stock a buy now?

Digital World Acquisition is to serve as a vehicle to take the Trump Media & Technology Group public via a merger.

Trump, who has struggled to reach his audience via social media since the Jan. 6 Capitol riot, unveiled his vision for the company last October.

„Unlike with the Big Tech platforms, there will be no shadow-banning, throttling, demonetizing, or messing with algorithms for political manipulation,“ Trump said in a statement. „We will not be treating users like lab rats for social experiments, or labeling alternative views as ‚disinformation.‘ „

Truth Social, a platform being touted as an alternative to Twitter, had been slated to launch on Presidents Day, which falls on Feb. 21.

While it has yet to fully roll out, it is now available to Apple users.  Some users following the launch reported difficulties logging in, creating accounts and being wait-listed. The platform, in an update, said it had „stabilized the account creation process.“ And it said it was „working to increase the rate of new account creation.“

„Due to the overwhelming demand at launch, we are currently rate-limited on onboarding new users to the platform,“ an earlier update read.

It comes after Trump posted his first message on a beta version of the new platform.

„Get ready! Your favorite president will see you soon,“ he said in a message shared on Twitter by his son Donald Trump Jr last week.

The Truth Social app, which will court conservatives, will allow users to follow others and trending topics. Instead of a tweet users will send out a „TRUTH.“

It is set to be the first plank of a three-stage launch of Trump Media products. It will follow this up with the launch of the TMTG+ subscription video-on-demand service. Finally, the firm is aiming to launch its own podcast network.

In an investor presentation the firm estimated it will have 16 million users and 800,000 monetizable users on Truth Social in 2022.

It is guiding for 40 million TMTG+ subscribers by 2026. The average monthly fee per user is seen hitting $9 that year.

Trump Media & Technology Group has made a slew of announcements as it gears up for its big launch.

On Dec. 4 it announced $1 billion in investments from institutional investors. The capital is to be received upon consummation of the merger.

Trump said this „sends an important message to Big Tech that censorship and political discrimination must end.“

„America is ready for Truth Social, a platform that will not discriminate on the basis of political ideology,“ he added.

On Dec. 6, it said Congressman Devin G. Nunes was joining the firm as its CEO. The firm also announced in December that it has established a partnership with video streaming firm Rumble.

Trump Media said it had a „wide-ranging technology and cloud services agreement“ with Rumble. It will operate part of the Truth Social network as well as its video-on-demand service, TMTG+.

DWAC Stock Has To Clear This Hurdle

The company also revealed in a December filing that the Securities and Exchange Commission and the Financial Industry Regulatory Authority asked it for information about stock trading and communications prior to the merger being announced.

The disclosure came after Sen. Elizabeth Warren, D-Mass., called for the SEC to conduct a probe.

In a letter, she questioned whether the company and Trump „may have committed securities violations by holding private and undisclosed discussions about the merger as early as May 2021, while omitting this information in U.S. Securities and Exchange Commission (SEC) filing and other public statements.“

But according to DWAC filings, the investigations were launched by the SEC and FINRA before Warren submitted her request.

The company has said in prospectuses that it did not have „substantive discussions, directly or indirectly, with any business combination target.“

The IBD Stock Analysis show inherent problems with the stock.

At the moment, the stock has a Relative Strength Rating of 99, which puts it in the top 1% of stocks in terms of market performance over the past 12 months.

But it remains well off its all-time high of 175, which it reached Oct. 22. It is now trading for just under half that. The stock is down bigly so far this week, falling about 15%.

The stock was boosted Feb. 22 by the Truth Social launch and is currently sitting clear of its short-term moving averages.

The hype around Trump vaulted the stock to dizzying heights before it came back to earth.

But the CAN SLIM cognoscenti look for stocks that boast consistent earnings growth. This is where DWAC stock falls short. Its lack of earnings has netted it an EPS Rating of 8 out of 99.

In addition, there are no analyst earnings estimates going forward for the ultimate Donald Trump stock.

Given the company has yet to fully rollout a product, this is a totally speculative play. It is a bet that the firm will be able to turn its hype into earnings performance.

While this is certainly possible, there are lots of hurdles along the way. Not least the fact Trump is entering an arena dominated by giants such as Facebook, Twitter, TikTok and Snap (SNAP).

On the plus side, institutional sentiment is rising. It holds an Accumulation/Distribution Rating of A, which reflects heavy buying in recent weeks. Overall fund ownership still remains though however.

The Reynolds Blue Chip Growth Fund (BRCGX) is arguably its most notable holder at the moment.

Firms that went public via mergers with special purpose acquisition companies have struggled so far in 2022.

Speculative stocks in general have been getting punished as the Federal Reserve dials back its accommodative policies.

But DWAC has been outperforming other SPACs by quite a margin. In fact, it is the best performing SPAC stock ever, according to SPAC Research.

It is worth bearing in mind that SPACs have underperformed against the broader market by 25% during the past decade, according to University of Florida IPO expert Professor Jay Ritter.

According to MSCI, SPACs are able to go public more quickly and inexpensively, and with „far less regulatory or investor scrutiny.“ They are also more likely to be managed by a controlling shareholder than conventional IPOs.

„In most other regards, however, investors in these SPAC combination companies faced essentially the same corporate governance risks as investors in any other recent IPO,“ analyst Nilufar Kuchimova said in a research note.

Is The Ultimate Donald Trump Stock A Buy Now?

Right now, buying DWAC stock is more akin to gambling than investing. The firm has no earnings history to speak of, while the stock performance is wild.

With an ongoing SEC investigation into the deal, there is still a risk that it could be halted in its tracks. DWAC stock is not a buy at the moment.

Investors looking for true market leaders should check out IBD Stock Lists, including the IBD 50 list of top-performing stocks.

These Are The 5 Best Stocks To Buy And Watch Now

Buffett Stocks: Who Joins Nvidia, Alibaba, Alphabet On This Screen?

Warren Buffett’s Net Worth Driven By These ‚Ironclad‘ Rules