Walgreens Had Another Bad Year. Hopes Aren’t High for 2021. 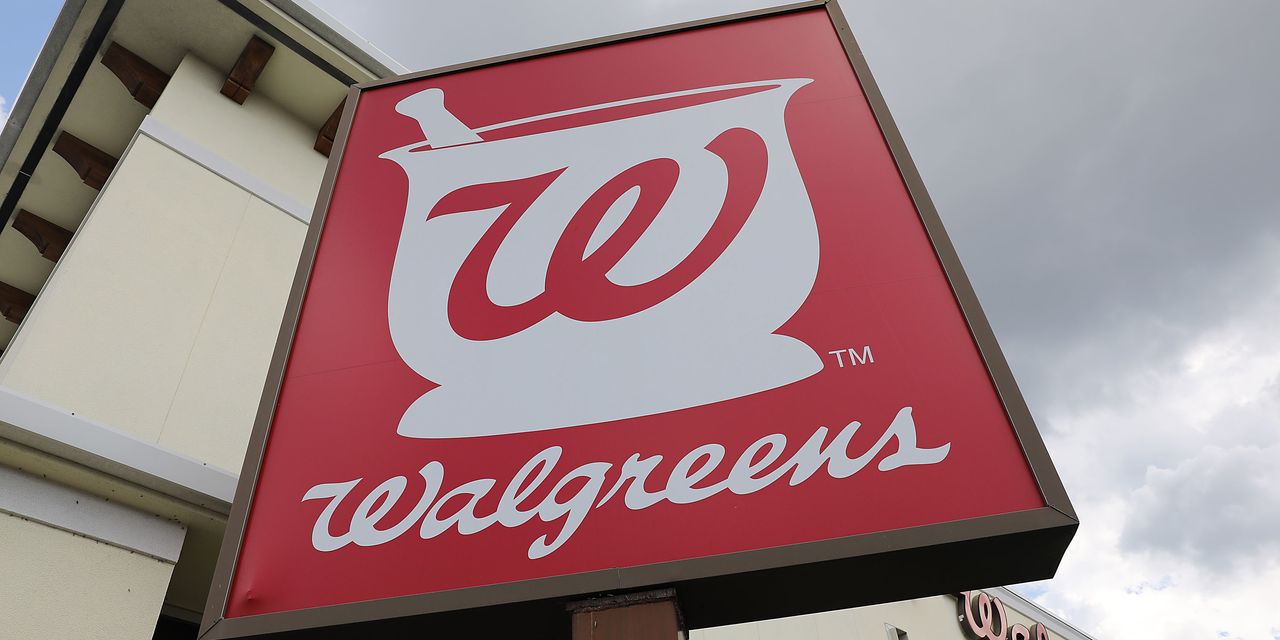 
With the year almost over, we’re taking a look at all 30 stocks in the

starting with the worst performers—

The ranking may shift before the close of 2020 trading, but the stories behind the stocks shouldn’t.

A pandemic that makes consumers focus on their health might seem like a tailwind for a major pharmacy like Walgreens Boots Alliance. In reality, the shares took a beating in 2020, and face concerns about the year to come.

Walgreens (ticker: WBA) slid 32.8% this year, making it the second-worst performer in the Dow. It was the worst laggard in 2019.

Walgreens rolled out Covid-19 testing capabilities and is looking to facilitate vaccinations as well. Yet the coronavirus did more harm than good for the stock. Although earnings have been improving a bit, fear of infection has led many consumers to get their medications delivered. That means less browsing and buying in the non-pharmacy portions of Walgreens stores. The Boots division, Walgreens’ U.K. operation, also has languished.

(AMZN) decision to offer medications by mail via Amazon Pharmacy, unveiled in November, could reduce foot traffic even more, as well as cutting into Walgreens’ sales of drugs. The e-commerce giant has been taking steps toward the prescription-delivery business for years, but shares of Walgreens and

(CVS) shares both tumbled in response to the news, even if investors may be overreacting.

On the plus side, all that means that expectations, which haven’t been high throughout 2020, will likely remain low going into the new year. Yet at the same time, Walgreens may struggle to convince investors that things are turning around, especially in its troubled U.K business.

Continuing improvements to earnings, better non-pharmacy sales, and proof that Amazon isn’t eating Walgreens’ lunch would probably all help the stock, as could more dividend increases. Evidence that its vaccination program is helping the company, or that its newly revamped myWalgreens loyalty program is gaining traction, would also be welcome.

Analysts aren’t holding out much hope for Walgreens. They are a generally bullish-leaning bunch, but none of the 21 tracked by FactSet rate the stock at Buy. Eighty-six percent rate it at Hold or the equivalent, while 14% are bearish. The average target for the stock price is $40.41, not far from its current level of a bit above $39.

Look for Walgreens’ earning for its fiscal first quarter, due to be disclosed in early January, to be the next catalyst for the stock. Maybe 2021 will be a better year for the chain, not to mention the Dogs of the Dow overall.

Write to Teresa Rivas at teresa.rivas@barrons.com