Web3 relies on participatory economics, and that is what is missing — Participation 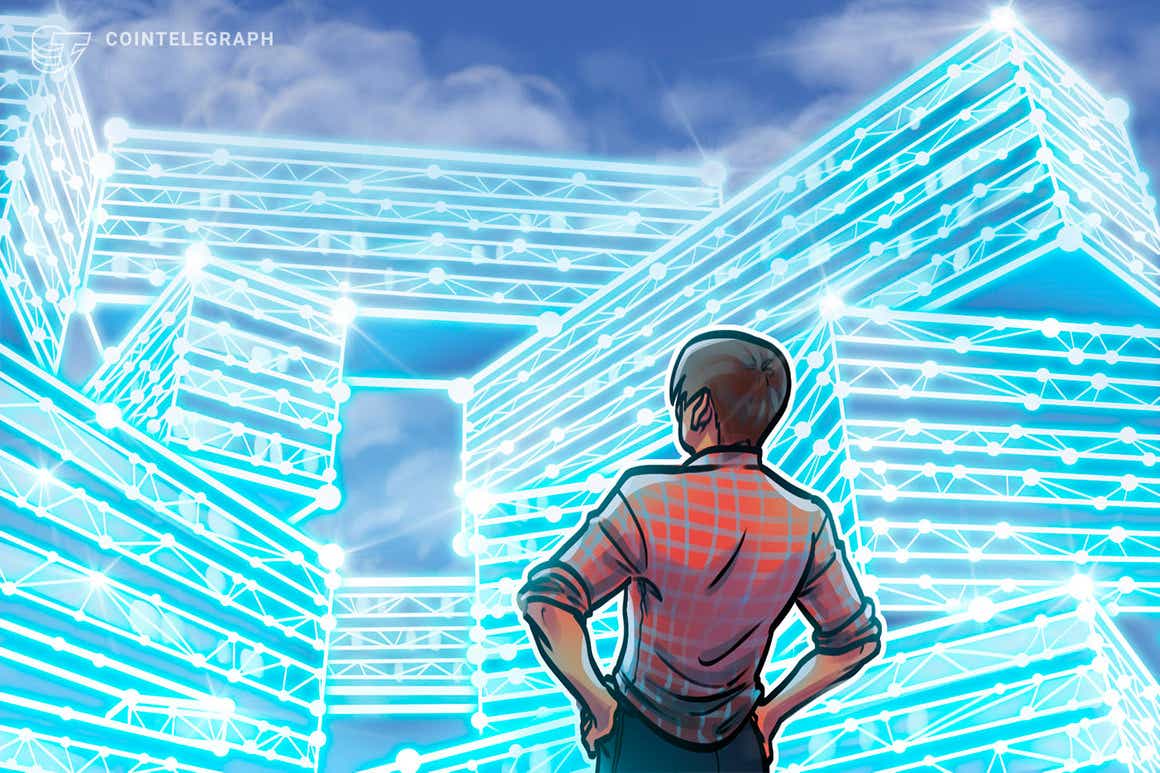 Web3 is hailed as a technology paradigm that is fueled by the creator economy and is in the future, or rather, the next evolution of the internet. As we draw evolutionary comparisons of the technology that underpinned everything from information consumption to content creation, Web2 contributed an unparalleled economic growth and represented a significant era in human evolution with new ways to work, consumer information and progress in human civilization. So with this enormous success of Web2, why is there a need for Web3?

As we rethink the internet, which relies primarily on a few centralized entities that have devices, channels of information that feeds the social media, mobile apps and provides connectivity points between service providers and seekers of these services, the control over these channels provides the custodian of this infrastructure not only monopolistic control but also a “too big to fail” economic choke point. So rethinking the internet, which was designed primarily to move information and morphed into moving value and truth, is a fundamental shift in empowering creators and participants and not just the custodians on the infrastructure.

The drivers that fueled this disruptive thinking were excessive valuation and control of Web2 companies, censorship enforcement by the existing control of information channels and the rapid dissemination of information, which was a force for good as in knowledge transfer but is now weaponized with the velocity and veracity of information and the dissemination of bias, mistrust and misinformation — making it difficult to discern between signal and noise. These drivers indicate not only the dawn of a new era but also the creative nature of the human species to rethink, redesign and renew, shaping the next era of our evolution.

Related: What the hell is Web3 anyway?

So how do we envision this new paradigm taking shape? As Web3 aims at theorizing that the internet takes another step to be self-sufficient — leading to a whole new set of technology and protocol development, which will then be a foundation of a creators-controlled economy that embarks on information and value movement, and has discernable channels with built-in trust enabled by protocol. Blockchain and decentralization are often touted to be the enabling foundational concepts that are deemed essential to the development of such a platform. But before we drink the decentralization Kool-Aid, I think we ought to take a step back and reevaluate the success (and failures) of Web2 and more importantly, a transition to this new paradigm, as I suspect the challenges are not just technology-driven.

Related: Web3 might be crypto’s key to the mainstream market

To enable a Web3-led creators’ economy that empowers creators and participants, we need to first understand the imperatives of participatory economics, where the focus is largely driven by self-governance, efficiency, sustainability and the creation of a decentralized economic system devised with strong incentives and protected by protocols that entail social ownership, self-managed works and accountability for outcomes.

Participatory economics originates from previous centuries of thought and experimentation around the idea that people should be able to manage their own lives with others (on the same network plane) cooperatively and fairly with rules embedded in the incentive economy that rewards participation and penalizes wrongdoing and activities that the network views as unfair. In other words, for Web3 to work and deliver on its promise, we need participation.

At a very basic level, participation, much like in the real world, can come via commitment of resources — such as systems, protocols, skills, intellectual capital and expertise etc., and value created should have an equitable distribution among the various participants based on the fundamental tenets of demand and supply to address the fairness element. The economic value created would then need to be realized, accounted for, disseminated and exchanged with other fungible and nonfungible assets to maintain a balance in any economic network — all of this without any central accounting system or authority — to address the self-governance and protocol induced equitable structure.

Web3, in its current context, begins to look like a stateful system of tokenized networks. Where these tokenized networks are not only attracting capital, talent and technology giving them a nation–state (with their economic structure and in-network currencies) status but also are market places and laboratories of co-creation between various projects. We have begun to see these manifest in various decentralized finance (DeFi) and nonfungible token (NFT) projects, and in a true sense, they are creating metaversical synergies between various tokenized networks.

Related: How NFTs, DeFi and Web3 are intertwined

To provide a true peer-to-peer, multi-token network (in a true sense, it’s metaverse) where projects and individuals can co-create and bring their participative energy is essentially the foundation infrastructure needed to deliver the Web3 promise. While we have seen unprecedented growth in the token-driven economy and exponential growth in investment and valuation of these projects, I think many of these projects neither embody the Web3 principles of participation nor have an economic output that adheres to Web3 tenets. The fundamental ingredient lacking here is — participation.

Two fundamental technology concepts that allow us to discern between data (for validation and truth) and value transfer (for the participation economy) are the Semantic Web and decentralization, which will shape the future and facilitate the transition from the existing rapidly growing Web2 to the newer ownership-driven Web3.

The Semantic Web extends the notion of document/information on the web to data that is of value, facilitating information that becomes more meaningful (and valuable) when semantically linked with data. Data is then converted to things of value — leading to monetization and the accountability elements of Web3 principles.

Decentralization, on the other hand, facilitates peer-to-peer networks such as blockchain and enables us to move tokenized value — be they systemically created (cryptocurrency) or induced (tokens that represent value) — and address the self-governing and protocol-induced fairness elements of Web3 principles. At a very basic level, as we frame various interdependent ecosystems emerging on Web3 principles, it is fair to assume that their economies are interlinked. And as we build a strong foundation of Web3 with decentralized processing, interconnections and storage as foundational building blocks, they resemble the Web2 cloud infrastructure but with a different economic structure and control points.

Related: DAOs are the foundation of Web3, the creator economy and the future of work

As projects develop and evolve, these tokenized values would be inclusive of the collective value of the underlying infrastructure, services and talent layers. This interdependent ecosystem as manifested in the natural system will thrive; and a successful ecosystem and economy will attract talent, capital and resources with preserved mutual interest.

For instance, a metaverse project that includes NFTs and liquid crypto assets for fungibility will also have as the source of its success decentralized storage for artifacts, curated data model and analytics for its operation, decentralized processing and so on, lifting all the services ecosystem that would comprise Web3 ecology.

Now, many of these services are centralized so they that the challenges of the current economic system are also inherent in them, meaning they embark on on the promise of Web3 but lack its principles. This is quite evident with the volatility of crypto and increased liquidity provisioning from traditional finance in the form of stablecoin or banking on-ramps that enable the free flow of liquidity from traditional finance, thus preserving not only the growth but also the challenges of the existing financial system. So this linkage of volatility and stability of crypto markets is something we ought to discuss and the impact of this on volatility and what it means for the parallel financial systems of yield and returns.

For instance, a high yield in crypto markets will attract liquidity, and while the risk-on risk-off equation at play will attract capital and issuance of stablecoins, it also inherits the mechanics of global macro, which implies that any shifts in traditional finance capital markets, interest rates, money supply, inflation etc., which plays an important role in calculus that goes into asset valuation, begin to impact the crypto market, which, in principle, is meant to be independent and disruptive. What if we aim for self-sufficiency with truly crypto liquid and fungible assets and let the economic system work and self-correct? I find this equation worth the study and interesting, but also ironic.

This article does not contain investment advice or recommendations. Every investment and trading move involves risk, and readers should conduct their own research when making a decision.

Nitin Gaur is the founder and director of IBM Digital Asset Labs, where he devises industry standards and use cases, and works toward making blockchain for the enterprise a reality. He previously served as chief technology officer of IBM World Wire and of IBM Mobile Payments and Enterprise Mobile Solutions, and he founded IBM Blockchain Labs, where he led the effort in establishing the blockchain practice for the enterprise. Gaur is also an IBM-distinguished engineer and an IBM master inventor with a rich patent portfolio. Additionally, he serves as research and portfolio manager for Portal Asset Management, a multi-manager fund specializing in digital assets and DeFi investment strategies.