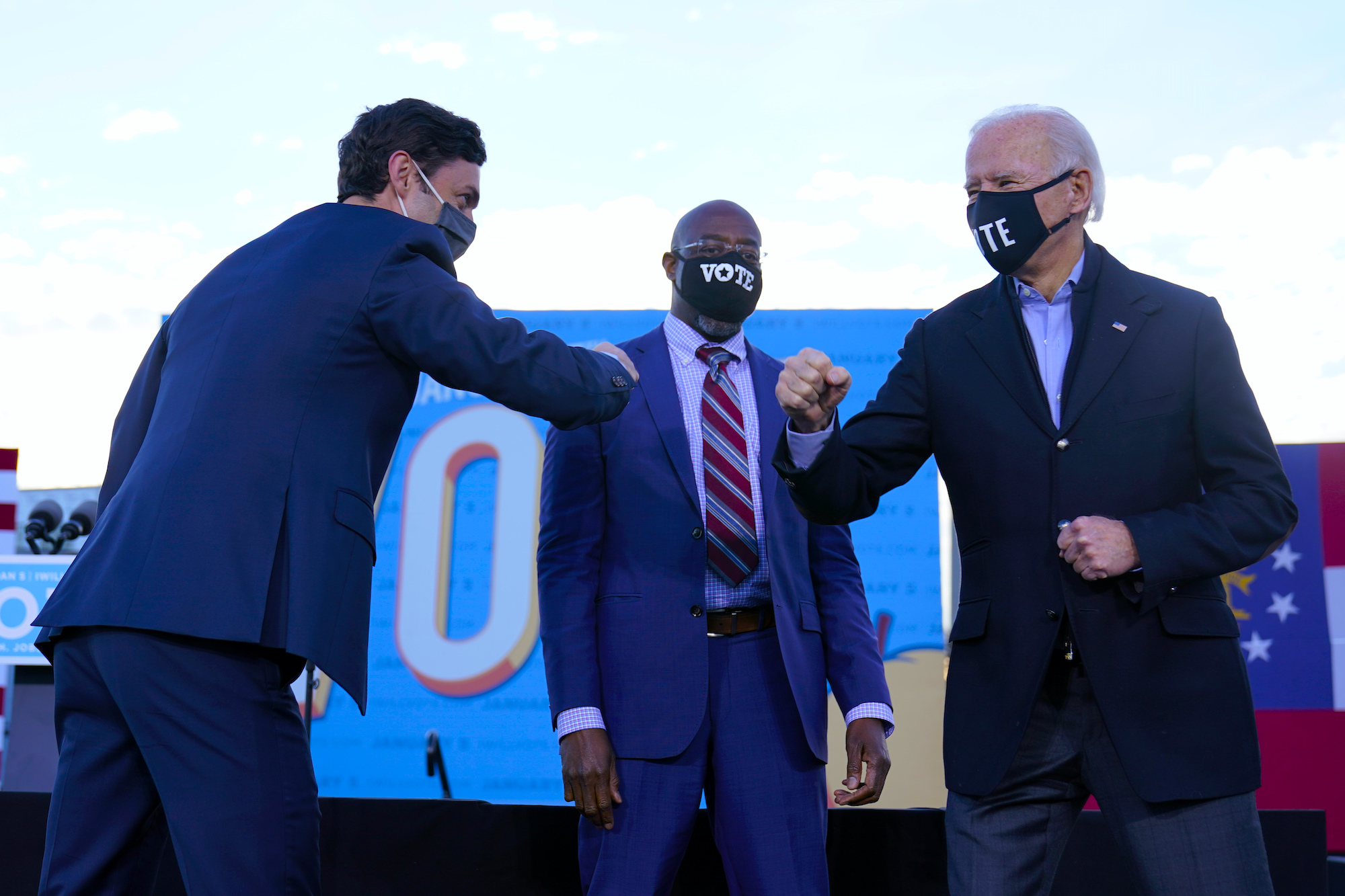 Get the Morning Brief sent directly to your inbox every Monday to Friday by 6:30 a.m. ET. Subscribe

Wednesday was a chaotic day.

Markets rallied Wednesday morning after it became clear that Democrats would take control of the Senate after sweeping both seats in Tuesday’s Georgia runoffs.

But the day’s news cycle was consumed by a pro-Trump mob storming the Capitol building in the afternoon, a development that sent markets off their highs but didn’t totally change the day’s tenor in financial markets.

When the bell rang on Wall Street on Wednesday, both the Dow (^DJI) and the Russell 2000 (^RUT) closed at record highs. And the biggest takeaway for investors is that after plenty of hand-wringing over what a “Blue Wave” scenario could mean for markets in 2021 and beyond, the answer is it’s good news.

Because with a one-vote advantage in the Senate, Democratic control is tenuous. Which likely takes some of the Democratic party’s most ambitious ideas off the table for the next few years.

The positive outline here is simple — a slim Democratic majority is enough of an advantage to pass additional fiscal support but not large enough to pass more ambitious legislation like raising taxes or a Green New Deal. Some investors on Wednesday called this a “fiscal goldilocks” scenario.

In addition to the move in the Dow and the Russell to record highs, Treasury yields backed up with the 10-year settling just north of 1.04%, a sign investors are looking for faster growth and more spending in the year ahead. Bitcoin also hit a record high above $36,000 on Wednesday, with some seeing the digital currency as an inflation hedge and a potential beneficiary of consumers taking their stimulus checks and investing in cryptocurrencies.

Bespoke Investment Group on Wednesday also outlined, once again, how stocks perform under various party leadership scenarios. And while the answer across all combinations is that stocks usually go up, markets perform quite well under Democratic government control.

Since 1901, the Dow has been higher 65% of the time and gained an average of 17.77% in sessions of Congress during which Democrats controlled both legislative chambers as well as the White House. And since World War II, only twice have these sessions resulted in negative returns.

But we need not lean on market history to understand what investors are seeing in the current political landscape.

As we highlighted on Tuesday morning, strategists see the early days of the Biden administration focused on one thing: vaccine deployment. And the smoother the rollout, the better the economic outcomes are likely to be this year.

More economic help also appears to be on the way. President-elect Joe Biden himself has said the recently-passed $908 billion stimulus package would be a “down payment” ahead of further economic support.

And as Capital Economics said in a note published Wednesday, “even with unified control of Congress, we strongly doubt Biden will be able to get his most consequential legislative priorities passed.”

All of the good, none of the bad. That’s what markets were so enthusiastic about on Wednesday.

Myles Udland is a reporter and anchor for Yahoo Finance Live. Follow him at @MylesUdland

What to watch today

‚Chaos was breaking out‘: Rep. Maloney’s view of Capitol violence