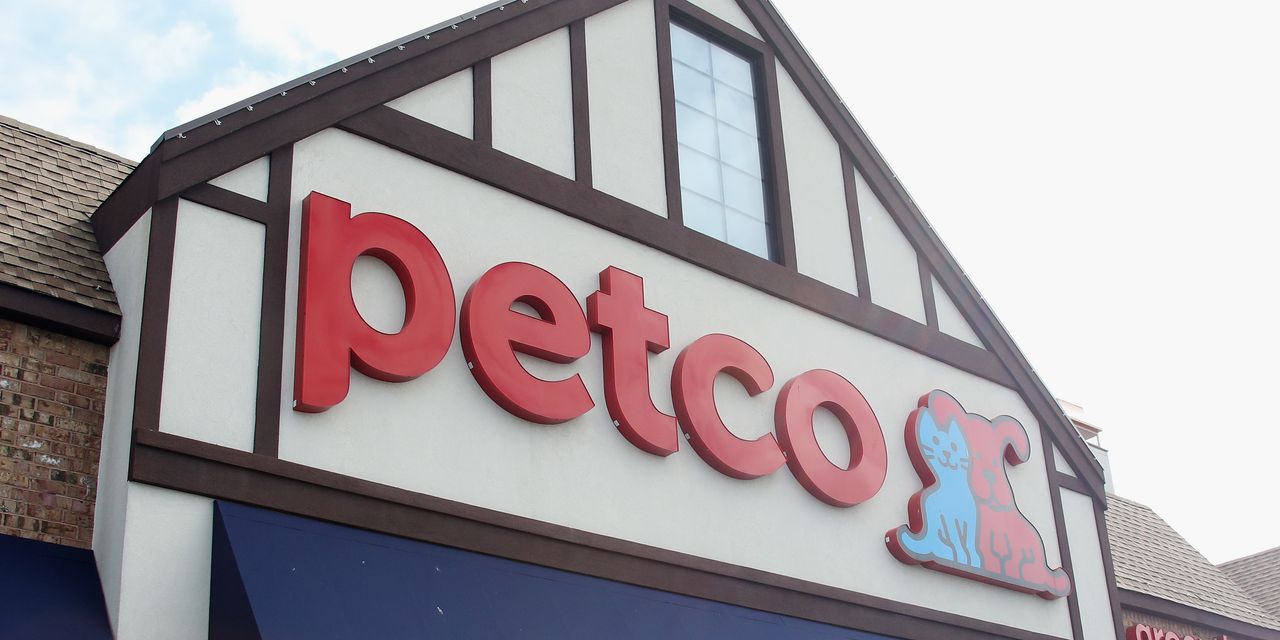 and Petco, the latest participants in the IPO boom, entered the public equity markets on Thursday. Shares of Poshmark soared nearly 150%, while Petco gained 59%.

Morgan Stanley, Goldman Sachs and Barclays are underwriters on the deal.

Poshmark operates a marketplace that lets consumers buy and sell new and used items like shoes, clothing, and jewelry. The company had 4.5 million active sellers as of Sept. 30, offering more than 201 million secondhand and new items to 6.2 million active buyers. Poshmark charges a 20% fee for sales that are $15 or more.

The San Diego company raised $864 million, more than expected. Poshmark’s IPO collected $252 million after the company cut the size of the deal but priced it well above the range that had been expected.

Late Wednesday, Petco, a pet health and wellness company, sold 48 million shares at $18 each, above the range of $14 to $17 it had told investors to expect. Goldman Sachs and BofA Securities are underwriters on the deal.

Petco, which no longer calls itself a retailer, operates about 1,470 pet-care centers that sell food, toys, and supplies, while offering professional services like animal grooming, veterinary care, and pet training. The company is highly leveraged and has about $3.24 billion in debt.

CVC Capital Partners and the Canadian Pension Plan Investment Board will own nearly 67% of the company after the IPO. The stock has been publicly traded before, but the company was taken private both times.

Write to Luisa Beltran at luisa.beltran@dowjones.com

Even with majorities in Congress, Biden faces a hard time getting his Covid relief bill passed